A principal and two teachers suddenly resigned from a Wauwatosa elementary school in one week, but school staffing is not just an issue in Wauwatosa.

WAUWATOSA, Wis. - A principal and two teachers suddenly resigned from Wauwatosa's Jefferson Elementary within one week. Parents worry about what it means for their kids.

FOX6 News acquired a letter the school district human resources director sent to the school community, which stated the teacher departures within the first ten weeks of the school year are unprecedented in the district.

"In the last week, three different well-liked, high-performing educators left the school. All three of them in tears," Jefferson Elementary parent Scott Boyce said during public comment at the Wauwatosa School Board meeting Monday, Oct. 25. "We need to know what happened. We need to know what were the errors made, by whom. We have the right to those things, in order to restore confidence in the district."

The abrupt departures add to staffing problems for the district. Several board members discussed staffing during later discussions Monday on the budget and discussions about Wisconsin being one of the few states in the country still awaiting federal COVID-19 relief funds for schools.

"It’s disappointing to see the opportunities that are in the budget that we could have funded, if we had those funds, but we don’t, so here we are. At a place where it’s difficult to recruit teachers, we’re having to fill in gaps with substitutes and aides, it’s frustrating to get that sort of bait and switch to me with those folks that say the federal aide is coming. It’s not coming. It’s not here," said Wauwatosa School Board member Shawn Rolland. 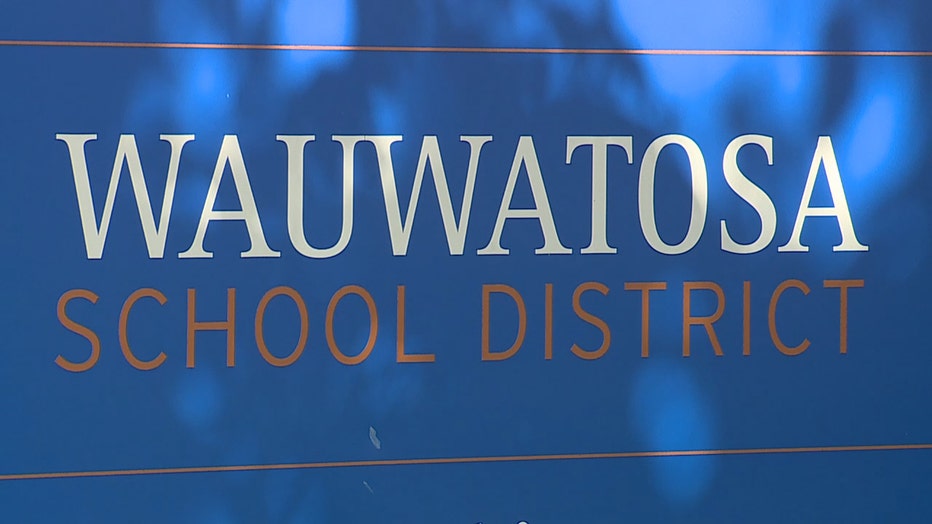 Staffing is not just an issue in Wauwatosa. A national survey published by Education Week in early October found three-fourths of school district leaders and principals say they are finding at least moderate staffing shortages.

Most find problems are finding substitute teachers and bus drivers. "Slightly more than three-quarters of respondents said they’re having trouble finding enough substitutes to cover teacher absences; 68 percent said bus drivers are hard to come by; and 55 percent said they’re struggling to fill open positions for paraprofessionals and instructional aides," the news organization found. "Full-time teaching positions, too, are causing headaches for administrators. Just shy of half of respondents identified teachers among the roles they’re struggling to fill."

Georgetown University's Edunomics Lab found the number of open jobs and new hires in public schools both are at all-time highs, but the hires can't keep up with openings. They also crunched numbers from the Bureau of Labor Statistics, finding: "Voluntary quits, layoffs, and retirements among public education employees are at all-time lows."

"The decreases raise concerns over whether enough potential new teachers are entering the field," the nonpartisan Forum added.

In Wauwatosa, some parents offered to volunteer.

"We want to get in there and help our teachers," Jefferson Elementary parent Rebecca Schlei said during the school board meeting. "We could provide a lot of relief for teachers who are under a lot of stress this year in just even small ways that may prevent the burnout and desperation that possibly led to my daughters’ teacher leaving his job."

In the letter to the Jefferson Elementary community, the school district said districts across the country are facing unusual job departures. They promised to immediately post the openings to fill the teaching spots, while a district administrator and former district principal, Mark Carter, will serve as acting principal at Jefferson Elementary.

The Wauwatosa school district planned listening sessions with parents of the school, as residents question what happened and whether the district offered the school enough resources.

"Just trying to get to the bottom of what was requested of the district, when that was requested, and what the response was, I think would be super helpful, "resident Eddie Kearns said to the school board, "because clearly there was a major breakdown here in process that led to our children not being in a safe and enriching learning environment."

An FDA advisory panel endorsed the Pfizer-BioNTech COVID-19 vaccine for emergency use in kids ages 5-11. Milwaukee County is preparing for a rollout.

Despite ongoing appeals to donors and the public, the American Red Cross emergency blood and platelet shortage remains an emergency.