Power outages after severe weather Tuesday meant no air conditioning, fans or refrigeration for many as temperatures rose.

WAUWATOSA, Wis. - Thousands of Milwaukee County residents lost power amid severe storms Tuesday night, Aug. 10 – some left in the dark throughout Wednesday and into the evening.

The power outage meant no air conditioning, fans or refrigeration for many as temperatures rose.

"We at first weren’t paying a lot of attention to it," said Wauwatosa resident Pierre Payne of the storms.

Sounds of thunder and flashes of lightning on Tuesday night soon got Payne's attention.

"The wind just picked up, and the trees all around here were all just blowing," Payne said. "We’ve almost grown accustomed to the idea that some branches are going to fall down."

What did come down was much larger than a branch. A maple tree, which Payne guesses has been around 70-80 years, crashed down in his front yard – just short of causing any major damage. 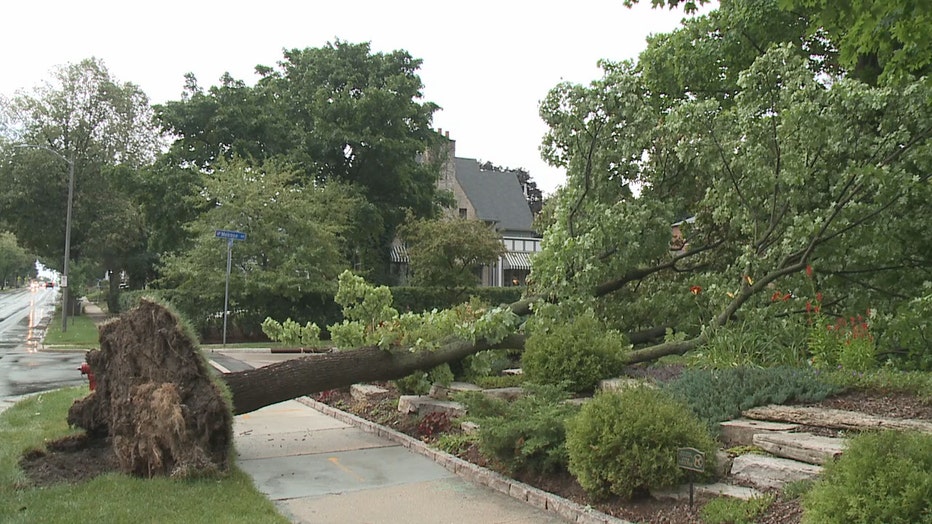 "I looked out the window and all of the sudden this tree was just kind of – eeerrr – going ‘crack,'" Payne said. "We were really happy it wasn’t next to our house."

Inside, Payne and his wife, Frieda, like thousands of others, reached 24 hours and counting without power by Wednesday night.

"The updates have been virtually nonexistent," said Frieda Payne. "It’s very frustrating. I know they’re working hard. We Energies is working very hard. It’s just, you can’t even get through to them."

The Paynes were doing what they could to stay cool amid high temperatures. Officials said it could be days until the lights come back on. 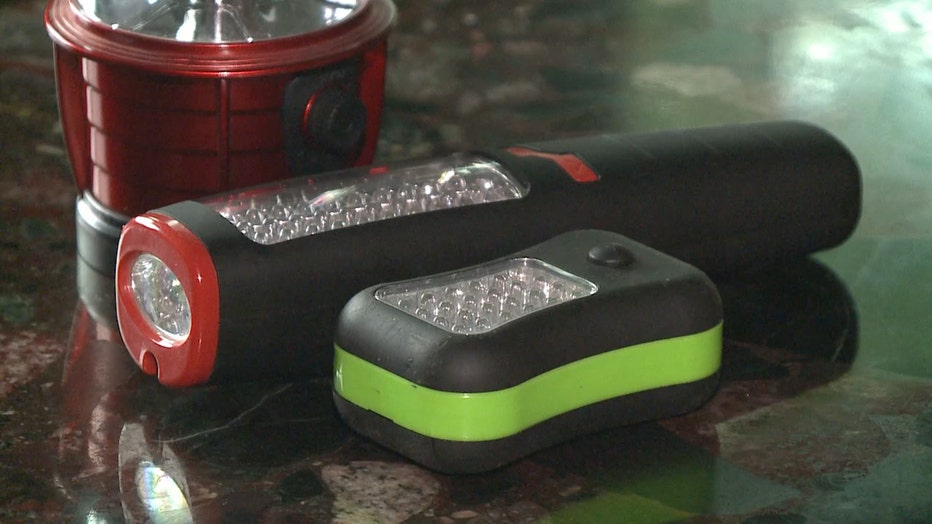 "Metcalfe’s, Metro Market and the Outpost on State (Street) had no power," said Frieda Payne. "We’re looking for dry ice, which I won’t be able to get until tomorrow."

In Milwaukee, at Southside Church of Christ near 20th and Grange, the American Red Cross opened a cooling center from 4:30 p.m. to 10 p.m.

Red Cross volunteers are working across the state to host similar cooling sites and will continue to assess storm damage needs.

A list of Milwaukee County cooling sites can be found HERE – call to confirm hours and services. The Milwaukee Health Department also issued recommendations to beat the heat.

We Energies crews are working to restore power. For current outage information, visit the We Energies outage map.

The National Weather Service has issued a heat advisory for Southeastern Wisconsin today, August 11, from 12 until 7 p.m. with anticipated heat index values up to 102 degrees.

Storm damage stretched from West Allis to Milwaukee's Walker Square on Wednesday after storms wreaked havoc across the area the night before.