Parents and students in Waukesha on Saturday marched against a proposal to merge Whittier and Hadfield elementary schools.

WAUKESHA, Wis. - Parents and students in Waukesha on Saturday marched against a proposal to merge two schools in the district.

The cold Saturday morning rain was no match for the group on a mission. Dozens made the four-mile walk from Whittier to Hadfield elementary. Each step was a protest of the proposed merger.

"This walk is to demonstrate what the school district is asking children who attend this elementary school to walk every day, twice a day," said Kelsey Draves.

The possible consolidation was proposed after dwindling enrollment and a budget shortfall. The superintendent has said it makes sense to combine Whittier and Hadfield.

"We just want them to see this is a bigger deal, and there is more involved in this than just numbers," Draves said. 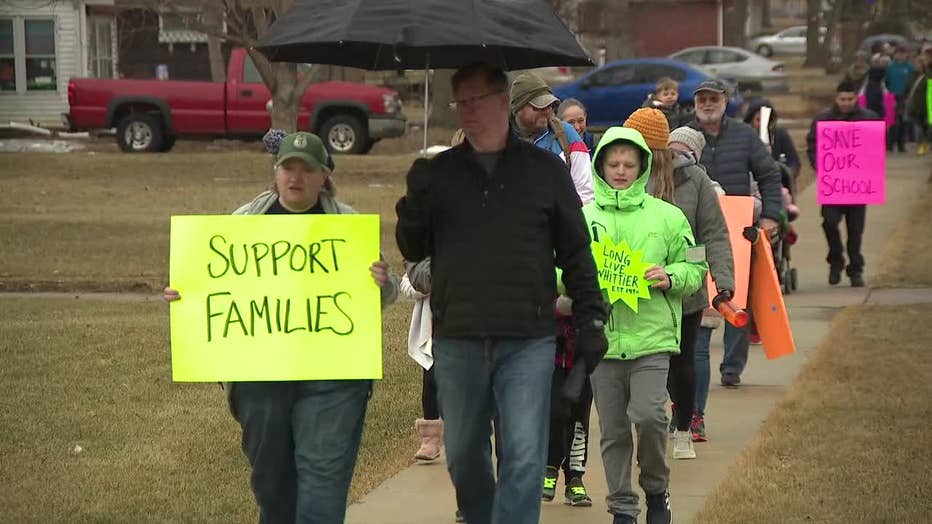 The proposal would close Whittier and move its students to Hadfield. The school district hopes the merge would strengthen special education resources by bringing them under one roof.

"It was nice. They had smaller class sizes. The teachers could spend more time with them," said Becky Gilligan.

The School District of Waukesha board plans to meet March 9 to address the proposed consolidation.

"Whether or not what we’re saying is falling on deaf ears is yet to be seen," Draves said. "They’ll make their decision here in the next couple days."

The Milwaukee Police Department hosted an open house hiring event on Saturday, March 5. Anyone interested can apply online until March 18.

Gas prices in Wisconsin have gone up more than 20 cents in the past week. Economists predict prices could climb as high as $5 per gallon.