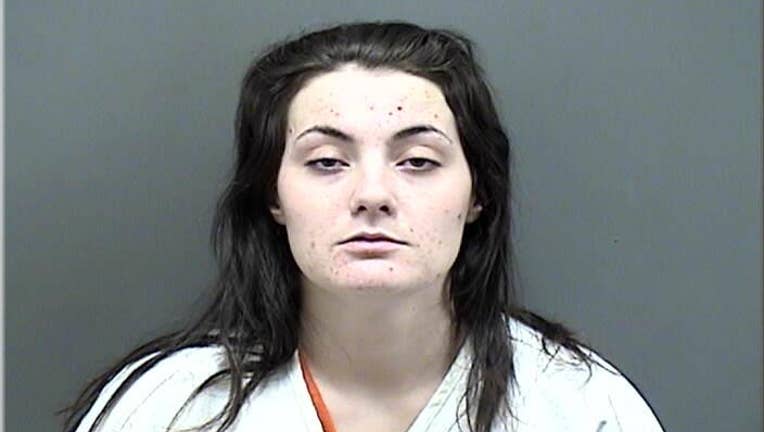 MOUNT PLEASANT, Wis. - A Milwaukee woman stole condoms, Slim Jim's and more from Walmart in Mount Pleasant, a crime she admitted to, according to prosecutors.

Danielle Cefalu of Milwaukee faces one count of misdemeanor retail theft and one count of obstructing an officer.

Investigators on Saturday, May 29 responded to Walmart on Oakes Road in Mount Pleasant for a shoplifting complaint.

A criminal complaint said Cefalu was found "running from the (nearby) Wendy's/Kwik Trip through the Jiffy Lube parking lot," arrested without incident.

A loss prevention officer advised Cefalu was seen concealing items in a purse after making a "no-receipt return," receiving a $50 Walmart gift card.

Cefalu "admitted she was a heroin addict" and had used Methadone that morning, the complaint states, adding that she went to Walmart "to steal things to sell to throw her son a birthday party."

The following was found in her purse, according to prosecutors, valued at more than $420: