A curfew is in effect as police in DC brace for more pro-Trump riots following Wednesday's chaos at the US Capitol. FOX 5's Josh Rosenthal has more in the video above.

WASHINGTON (FOX 5 DC) - The U.S. Capitol has been secured after pro-Trump protesters stormed the building on Wednesday.

The Capitol was locked down during an afternoon of chaos that followed after pro-Trump protesters charged the building as Congress began counting the Electoral College votes.

The ensuing chaos prompted law enforcement and the National Guard to mobilize in response.

Neighboring Virginia and Maryland sent hundreds of State Troopers and National Guard members to the nation's capital as the crisis escalated.

Shortly after crowds surged around the building, Capitol police sent out an alert:

All buildings within the Capitol Complex,Capitol: Due to an external security threat located on the West Front of the U.S. Capitol Building, no entry or exit is permitted at this time. You may move throughout the building(s) but stay away from exterior windows and doors. If you are outside, seek cover. 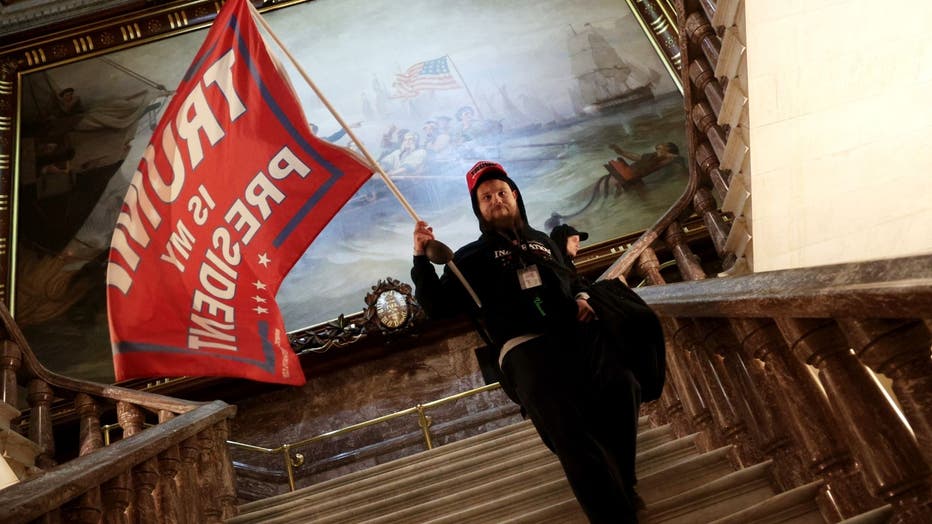 Both chambers abruptly went into recess amid the chaos.

Lawmakers were given gas masks as police tried to control the situation inside the Capitol.

Shortly after 3 p.m., a shooting was reported inside the Capitol as the situation escalated. The woman later died at a local hospital.

The surge occurred after thousands poured into the nation’s capital to support President Donald Trump, and to protest the results of the 2020 election, which Joe Biden won.

Skirmishes erupted outside in the very spot where president-elect Biden will be inaugurated in just two weeks.

According to D.C. police officials, protesters deployed `chemical irritants on police' to gain access to US Capitol. 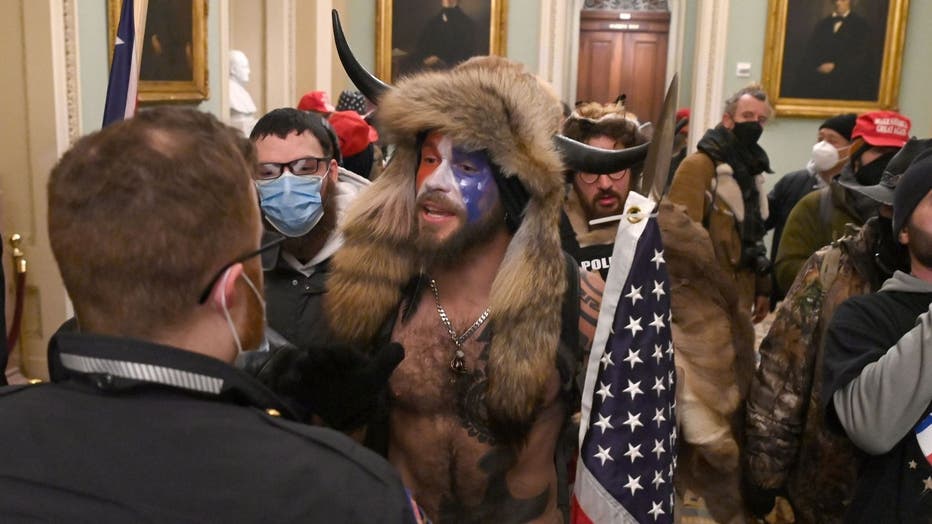 Supporters of US President Donald Trump enter the US Capitol on January 6, 2021, in Washington, DC. (Photo by SAUL LOEB/AFP via Getty Images) 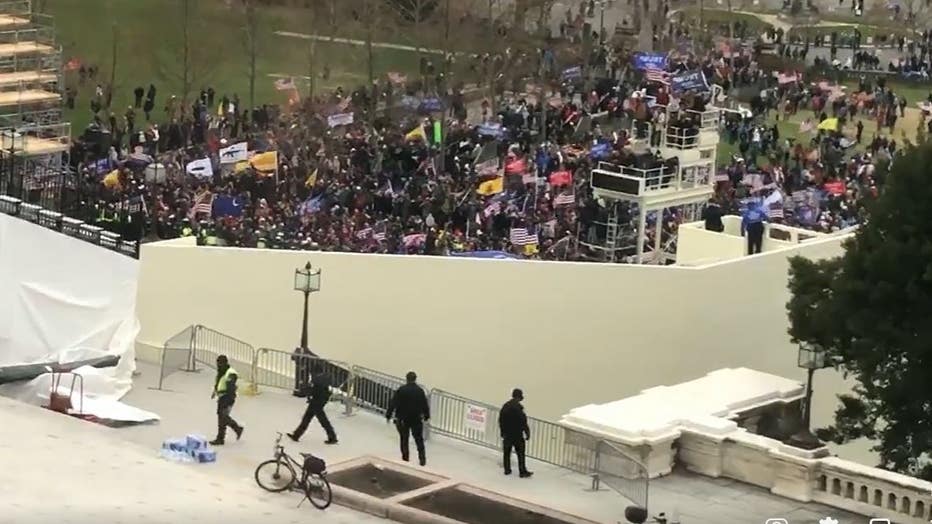 Speaking at the rally on Wednesday, the president maintained his claim that the election was fraudulent, a claim that has been widely refuted.

Later in the afternoon, the president asked his supporters to vacate the Capitol building and to "go home."

READ MORE: 'We will never give up, we will never concede': President Trump speaks at rally before Electoral College count 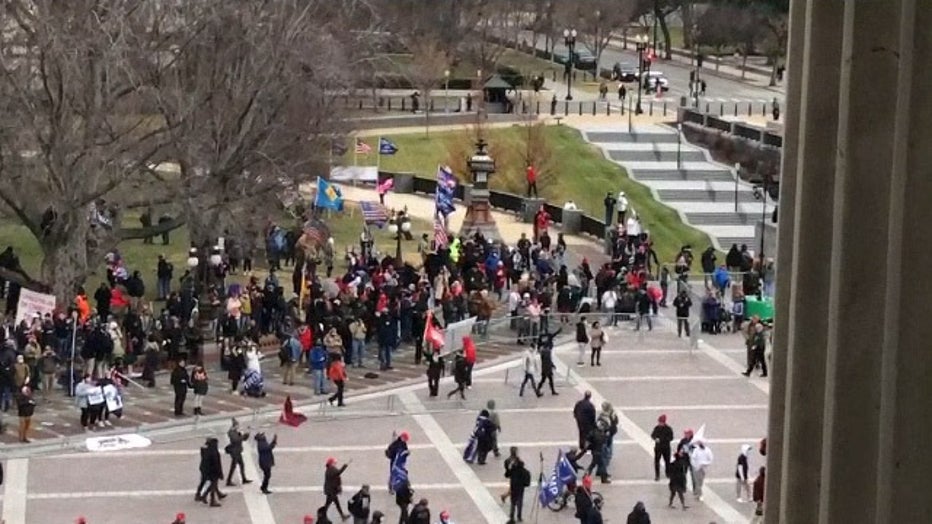 The Cannon House Office Building was evacuated shortly after the incident broke out.