A Milwaukee County judge sentenced Tyrell Joseph to nine years in prison for his role in the fatal shooting of Purcell Pearson in February 2021.

MILWAUKEE - A Milwaukee County judge sentenced Tyrell Joseph on Thursday, March 31 to nine years in prison and another six years of extended supervision for his role in the fatal shooting of Purcell Pearson in February 2021.

Pearson was fatally shot in broad daylight on Saturday, Feb. 6, 2021 near 23rd Street and Wisconsin Avenue in Milwaukee.

Joseph admitted to being behind the wheel of a van that took off after a dispute over designer glasses between him and Pearson.

In court Thursday, Joseph's attorney said his client got scared because Pearson had a gun, held onto the van, and tried to grab the steering wheel as Joseph sped off. Joseph points the blame at his passenger, Ismael Moreno, for firing the shot that killed Pearson. 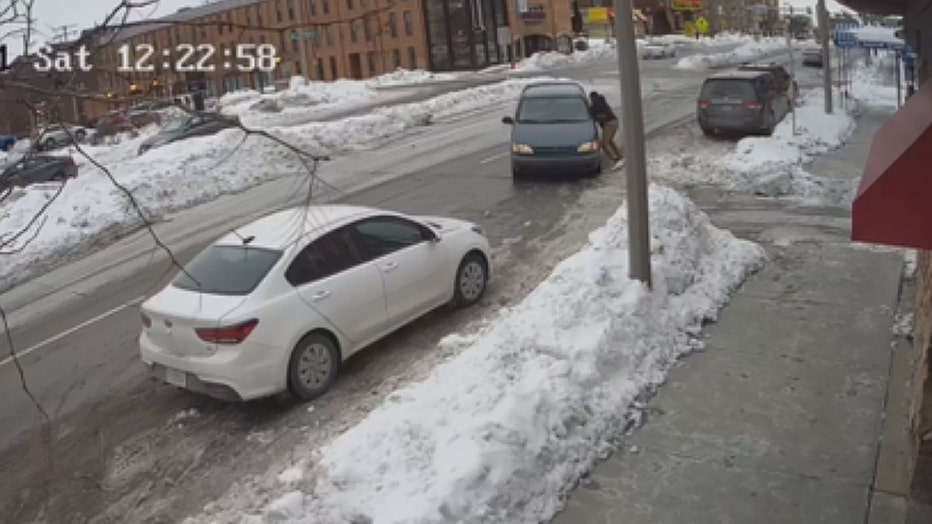 Surveillance video near 23rd and Wisconsin

"Purcell’s murder has devastated our family. I have never known greater pain than Purcell’s death. His death was the tragedy of my life," said Anne Johnson, Purcell Pearson's grandmother.

"I would also like to say that I apologize on my behalf for this situation for my actions because even though I never intended to rob or kill Purcell, my actions most definitely caused the death of his life and that’s why I decided to take a guilty plea," Tyrell Joseph said.

The other Milwaukee man accused in this case, Ismael Moreno, is still on the run. If you have information on his whereabouts, you are urged to call Milwaukee police or Crime Stoppers.

Statements made during Joseph's sentencing

Multiple people spoke during Joseph's sentencing including himself.

"My condolences goes to Purcell family and loved ones, especially his parents and siblings. I would also like to say that I apologize on my behalf for this situation for my actions because even though I never intended to rob or kill Purcell, my actions most definitely caused the death of his life and that’s why I decided to take a guilty plea," Joseph said. "Every day that I wake up and I look at the brick walls in my cell, I think about why I’m in here and it makes me feel horrible. I cannot live my life like this. That’s why I’m taking responsibility for my actions and I’m going to face the consequences like a man that I am."

Joseph's mother, Crystal Wilder, spoke to the court and said "Tyrell and the other children in our family, including Ismael have always expressed leadership and compassion for others. My son TJ is an amazing brother, cousin, uncle, nephew, grandson, great-grandson and absolutely an amazing son to myself and his father." 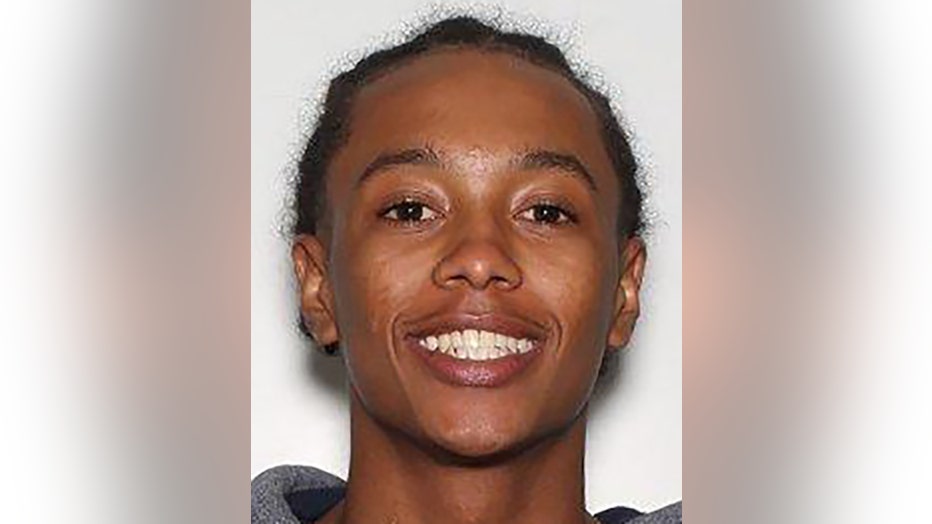 Stephanie Johnson, Purcell Pearson’s mother, said "The day the defendant and his friend chose to rob and murder my son, leave him dead in the street, and runaway as if they had done nothing is just unacceptable. Purcell was just 22-years-old. He had just graduated from college with a bachelor’s degree in science which he will never get the opportunity to use. Purcell was such a selfless, loving, person who will always be willing to be there for others."

Pearson's grandmother Anne Johnson said, "Purcell’s murder has devastated our family. I have never known greater pain than Purcell’s death. His death was the tragedy of my life. I even cry in my sleep and in my dreams. I turn the station if I see someone getting shot on television and my heart hurts for parents and grandparents when I hear someone else has been killed."

Joseph's attorney, Richard Voss said his client got scared after the dispute over the designer glasses.

"He’s driving his vehicle recklessly to get Mr. Pearson off the vehicle. Mr. Pearson is grabbing at the wheel trying to prevent TJ from leaving the scene. At this point, the person, I’ll refer to as suspect #2, the passenger, reaches over and fires a gun that he had."

According to the criminal complaint obtained by FOX6 News, a Milwaukee police officer was driving his squad east on W. Wisconsin Avenue shortly before 12:30 p.m. on Saturday, Feb. 6, 2021 when he "saw a dark-colored minivan speed off from the parking lane on the south side of W. Wisconsin Ave." The officer saw the van then crossed the eastbound lanes and "he saw that a person was hanging onto the driver's door of the van. This person was outside of the van."

When the officer got closer to the intersection of 23rd and Wisconsin, he "heard the sound of a vehicle braking and then a loud 'pop.'" The officer then saw the van continue to travel eastbound in the westbound lanes of W. Wisconsin Avenue. The complaint says that is when the officer saw a person, identified later as Purcell Pearson, "stand up from the street, run about 20 yards, and then collapse in the middle of the street."

Another person ran towards the officer at the scene -- and stated, "That's my brother." The complaint indicates this person also said, "he was selling the glasses and they robbed him and shot him." 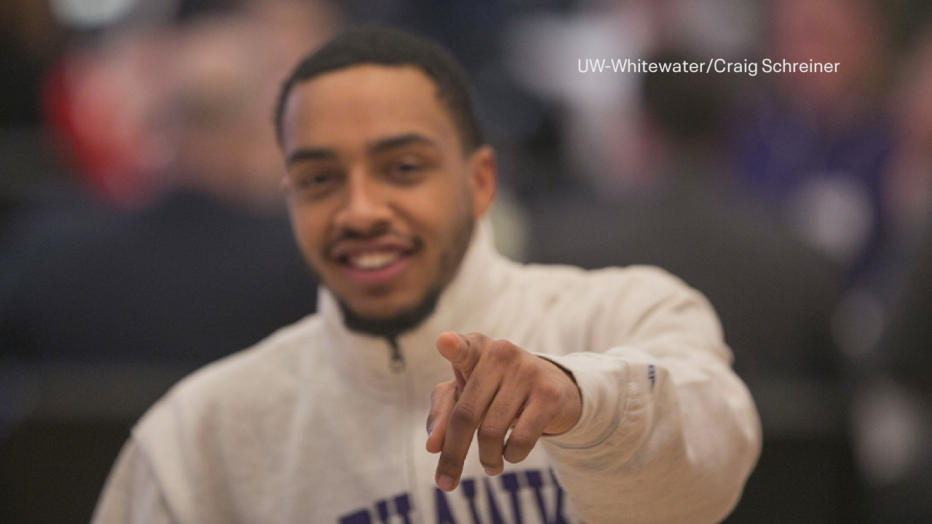 Officers later interviewed the person who indicated he was Pearson's brother. That person said he and Pearson "have been selling designer glasses for three to four months. They buy the glasses on DHGate and then sell them in Milwaukee." The brother told officers on the morning of Feb. 6, someone identified as "Pablo Fernandez" messaged him with the message, "You still got these" -- referring to Cartier glasses. Shortly after noon, the brother indicated Pearson "came back into the apartment and said that the guy wants the glasses but they were not tight enough. He saw his brother fix the glasses, and then his brother said that he was selling two pairs for $500." Pearson then left the apartment.

The police investigation later determined the profile name "Pablo Fernandez" was tied to a phone number with a 262 area code. Police linked that phone to an adult female. The complaint indicates back in 2019, she identified her son as Tyrell Joseph. The woman was interviewed in 2019 because Joseph had been shot in the leg, the complaint says.

Milwaukee police recovered surveillance video that shows the van in question -- prior to the shooting incident. They also received video recordings from a poll camera near 27th and Wells -- as well as a restaurant near 22nd and Wisconsin Avenue.

The complaint indicates two days later, on Feb. 8, police located a van that matched the description of the one involved in the shooting incident. Investigators determined Tyrell Joseph's family lived nearby. When officers spoke with a relative of Joseph, that person identified Joseph from a surveillance photo captured near 27th and Lisbon. That person also identified Ismael Moreno --  as well as the van he said Joseph drives and was found nearby.

Moreno is still on the run. Milwaukee police say anyone with information on his whereabouts is asked to call 414-935-7360 or to remain anonymous, contact Crime Stoppers at 414-224-TIPS.

A pregnant Milwaukee woman was shot and wounded – and her unborn child died near 66th and Marion on the city's northwest side early Thursday.