Milwaukeeans continued to clean up after thunderstorms earlier in the week, city drop-off sites busy as brush was discarded.

Across the area – from Milwaukee to Waukesha and in between – residents disposed of debris at city drop-off centers.

"All of this is from the storms. So like when the storm had hit really badly we was out inside the storm, we didn’t know that was coming," said Carson.

They're thankful things weren't worse, and that they had a backup generator for power.

"We’re out here just cleaning up some of the branches that kind of took over and messed up our property," said Ben, Aaron's grandad. "This is the only thing that we’ve detected that kind of did some destruction, so we are cleaning it up and getting back on track." 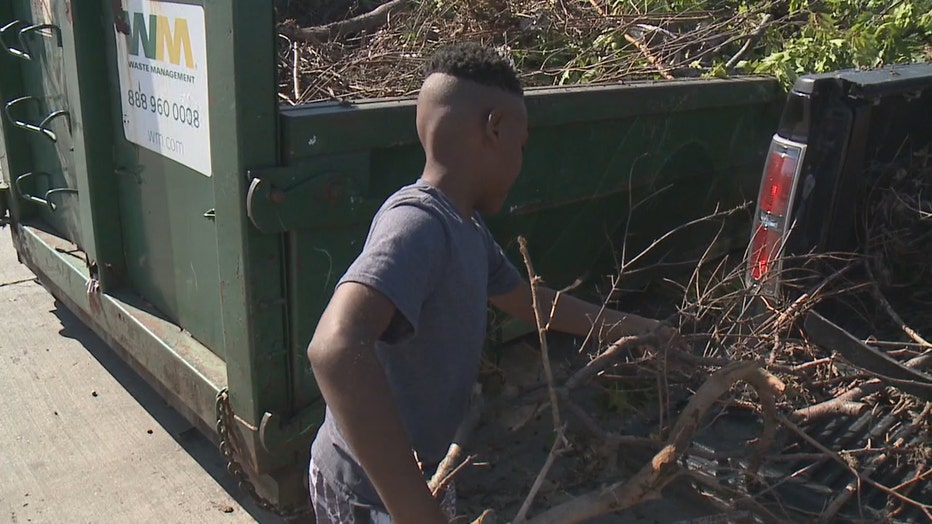 Aaron Carson helps drop off brush after thunderstorms in Milwaukee.

There were 10 dumpsters lined up at the drop-off sites at Lincoln Avenue and Industrial Road. The supervisor at that location said 1,300 people came to drop off brush on Friday. The facility has increased staffing to keep up with the influx of debris.

"Yes, we were preparing," said Yasrr Hameed, Milwaukee sanitation supervisor. "I mean right now, everyone is requesting pick-up and it’s kind of hard to get to everybody, so it’s easy for some people who have a pick-up truck to load it up and bring it over it and take a few minutes to unload. It’s convenient."

And with an extra set of helping hands, business was taken care of efficiently.

"That’s how he’s teaching me how to do it," said Carson.

Truckloads of trees and branches were constant at the New Berlin recycling center as residents dropped off fallen trees and yard debris. Across the county in Waukesha, people did the same.

Truckloads of trees and branches were constant at the New Berlin recycling center as residents dropped off fallen trees and yard debris. Across the county in Waukesha, people did the same.

"I lost about four or five. Big ones though – 14-, 15-footer," said Rick Repenshek of Waukesha. "I have to go back and help my neighbor now." 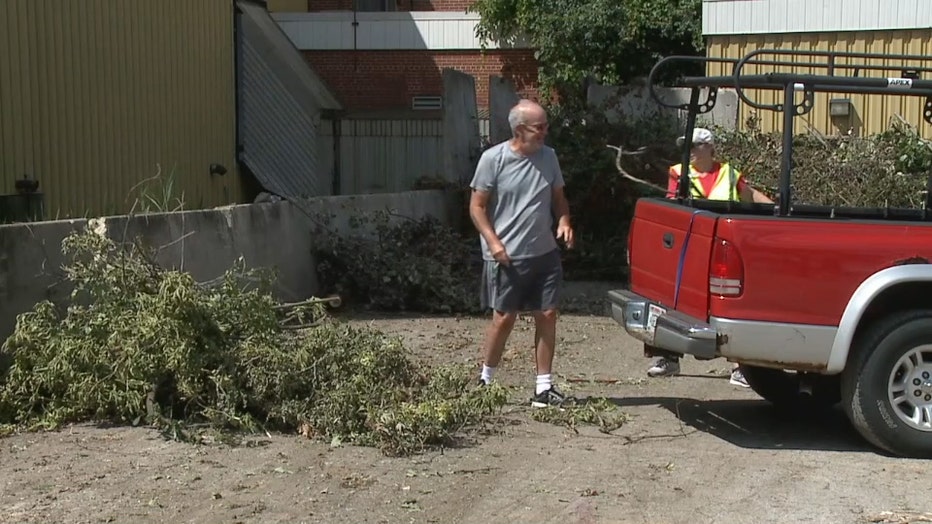 "We had a birch fall on a power line, snapped several branches off the locust, the maple," Waukesha resident Joe Perez said.

The drop-off center is currently closed for reconstruction, but it temporarily opened for people to bring branches – free of charge. Those left with a lot of cleanup were grateful for a place to bring the debris.

"This is nice. We got one of the smaller terraces in Waukesha, so it would have been impossible to lay this up on the terrace and wait for the city to come and get it," said Perez. 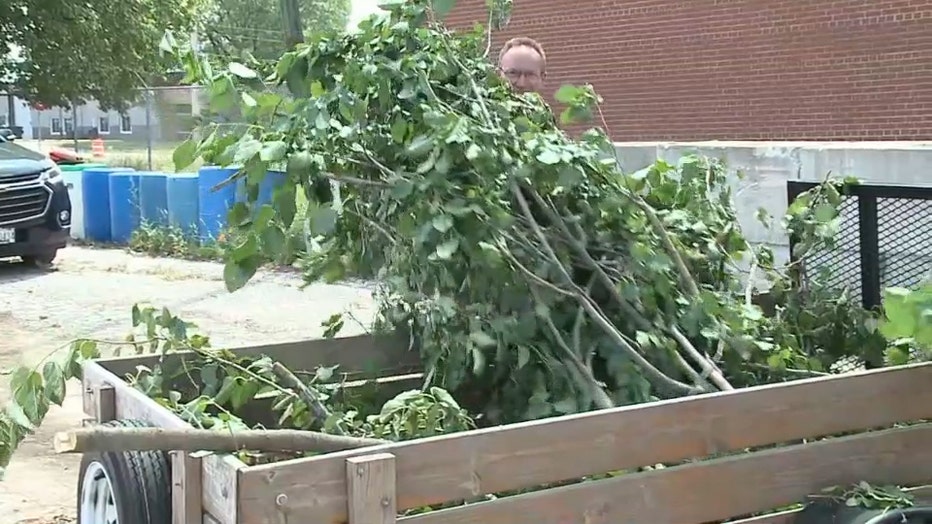 "For me it’s perfect because I don’t know where I’d take them otherwise and they’re too green to burn," Repenshek said.

A fire in Fort Atkinson, which reached five-alarm status and prompted evacuations earlier in the week, is no longer being fought after more than 96 hours of firefighting activities.