Heavy snowfall Monday night, Jan. 25 into Tuesday meant a busy day for many as parts of Milwaukee County saw more than eight inches.

MILWAUKEE - Heavy snowfall Monday night, Jan. 25 into Tuesday meant a busy day for many -- including kids -- as parts of Milwaukee County saw more than eight inches.

It was slow going on parts of the interstate and city roads as a result. The Milwaukee County Sheriff's Office responded to more than 116 vehicle-related incidents between 10 p.m. Monday, Jan. 25 and 2 p.m. the next day.

As city plow drivers plied their trade, some people, like Magnolia Hale, stocked up on essentials should the snow continue to fall. While she said she and her husband would prefer to sit bundled up inside, there is shoveling to be done.

"This is Wisconsin, you get used to it," Hale said, stocking up on groceries. "You know, you're snowed in, you want a few snacks." 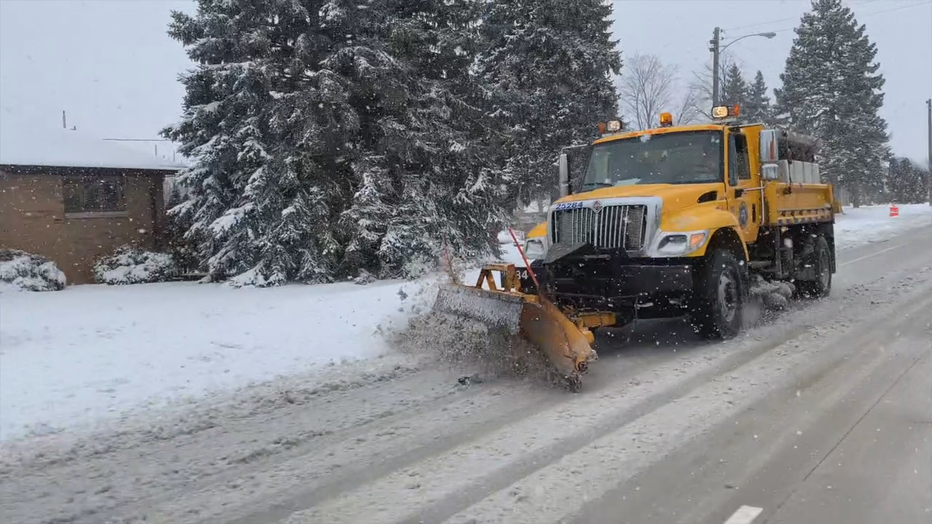 Fellow shopper Marvin Newton hoped to make quick work of his errands and get home as the snow continued to fall late into Tuesday morning.

"The streets were clear, but now it's coming down again. It's tough," Newton said. "The streets were kind of clear this morning. I had to shovel my driveway, but they did a pretty good job." 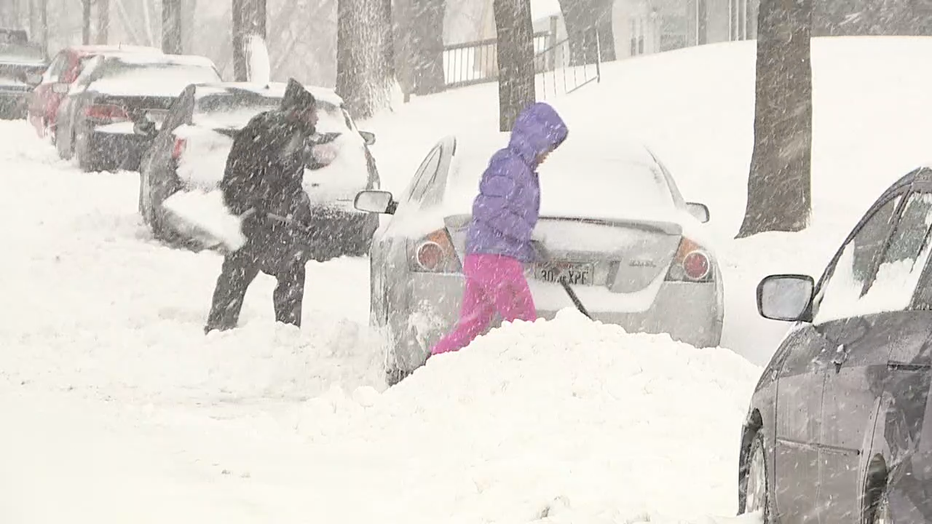 For 19-year-old Cobey Baker and his friend, Solomon Tipton, staying put was the plan after struggling to dig a car out.

"First we got the Green Bay Packers losing, and now here comes the snow. That's two 'Ls' for us, so we're going to accept it and keep her moving," Baker said. "It took us an hour to just move this car, got stuck. I ain't messing with this weather." 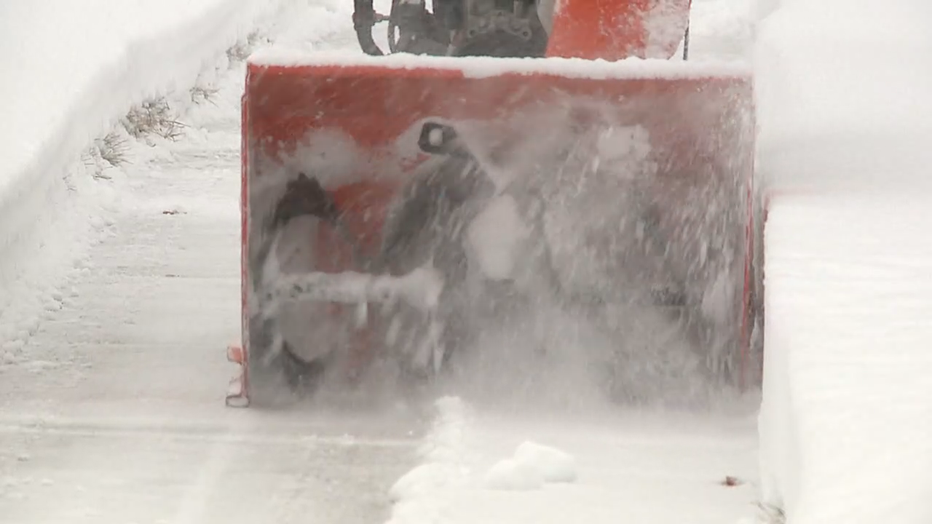 As the sound of a snowblower filled the air, nearby, Henry Dismukes was done with his overnight shift -- but not done working.

"Welcome to Wisconsin. Doesn't get any better than this," said Dismukes. "It could be worse.

"You could be stuck in three hours of traffic. It could be floodwaters."

Normally, snowfall like Milwaukee saw on Tuesday, Jan. 26 would mean a day out of the classroom. During the COVID-19 pandemic, that's not the case.

In Milwaukee's Sherman Park neighborhood, many spent the day shoveling out, too -- including kids.

Blake Sanford, 10, and Jonathan Madlock, 9, were out shoveling mounds of snow. While it's fun being in the snow, the boys said it reminds them that they're still in a pandemic -- because Tuesday isn't a snow day for students.

"It’s been kind of tough lately because sometimes we come just out here, play a little bit, then go back in the house. But since the snow and COVID, we have to stay six feet apart, and we can’t do much in the snow," said Sanford.

The kids said as soon as they finished shoveling, it was time to get back inside to resume class. They also said they're looking forward to the pandemic being over so they can have a real snow day once again.

With slick roads, the sheriff's office reminds drivers to give themselves plenty of time to get to their destination safely, drive for road conditions, move over for first responders, turn on their headlights and wear their seat belts.

The City of Milwaukee Department of Public Works has declared a Snow Emergency for Jan. 26.

Travel difficult as storm bears down on southeast Wisconsin

A Midwestern winter storm is making travel treacherous as wind-whipped snow piles up in Wisconsin Tuesday.

The National Weather Service (NWS) collected data from the snowfall that impacted southeastern Wisconsin from Monday, Jan. 25 through Tuesday, Jan. 26.