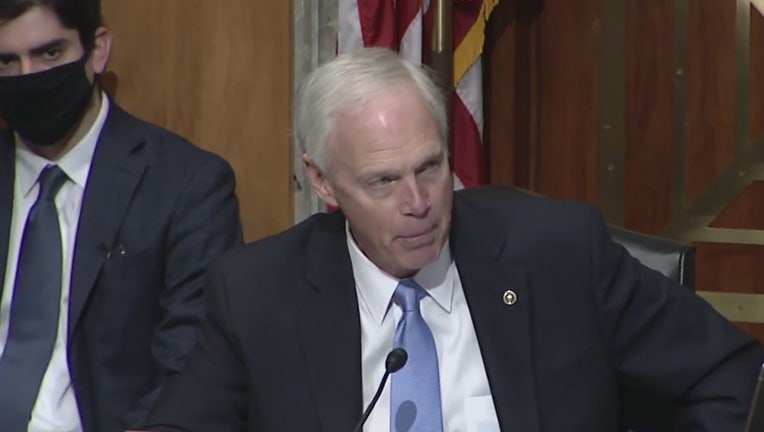 MADISON, Wis. - Republican U.S. Sen. Ron Johnson entered his reelection year with more money in the bank than any of his many Democratic rivals, even though he trailed some of them in fundraising over the last three months of 2021.

Campaign finance reports filed Monday show how Johnson, vying for a third term, is shaping up against Democrats who are vying to take him on. The Democratic primary is Aug. 9.

Johnson reported having nearly $2.5 million cash on hand at the end of December, more than $1 million more than any Democrat. Johnson raised just over $711,000 from October through December. He announced his reelection bid on Jan. 9.

On the Democratic front, Milwaukee Bucks executive Alex Lasry, Lt. Gov. Mandela Barnes and state Treasurer Sarah Godlewski all had roughly $1.1 million in the bank entering January. The $1.2 million Barnes reported raising over the last three months of 2021 was higher than any other candidate.

Lasry, who is on leave from his post with the Bucks, loaned his campaign $1.55 million. Godlewski reported loaning the campaign $750,000. Overall, Lasry put in nearly $2.4 million of his own money into the race while Godlewski has put in just under $1.8 million.