In Milwaukee, some Amtrak travel was interrupted Thursday due to a potential strike. Railroad worker unions and companies

MILWAUKEE - The White House on Thursday, Sept. 15 announced that railroad worker unions and companies reached a tentative deal to avoid a nationwide strike.

While there won't be a strike, plans to travel by train could still go off track.

"I was excited because I enjoy going on the train and talking to different people," said Jane Neumann.

For Neumann, an annual trip to the Wisconsin Dells almost came to a screeching halt.

"I received a phone call from the Amtrak Office that it was canceled due to a freight rail strike," she said Thursday. "Today, there is no train service going long distance or to Wisconsin Dells." 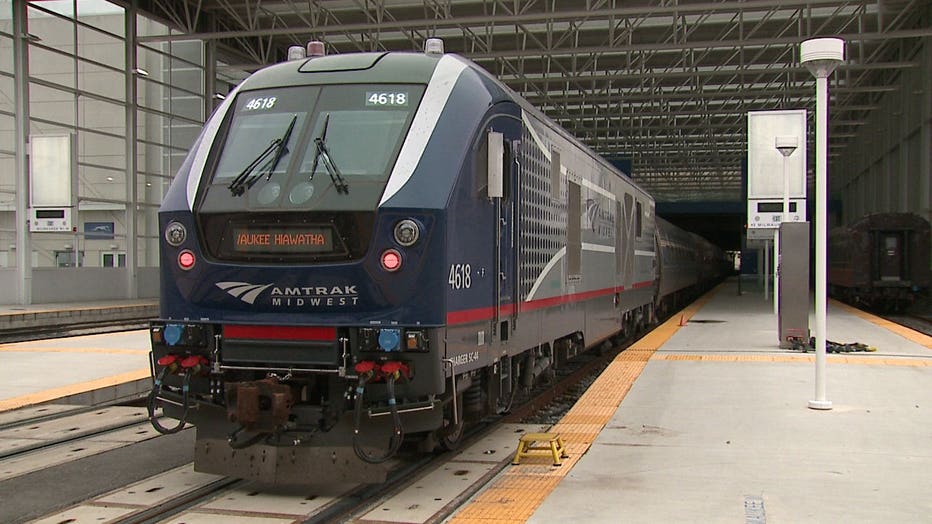 Amtrak said the Hiawatha Line has seven, round-trip rides from Milwaukee to Chicago each day. That line is up and running Thursday, but others were not.

An Amtrak spokesperson said they canceled all long distance trains earlier this week in anticipation of the strike. In Milwaukee, the popular Empire Builder Line that travels to Chicago, Seattle and Portland was canceled just for Thursday.

Neumann did not let the setback slow her down; she got on a bus instead.

"It was an inconvenience and a little bit of disappointment," said Neumann.

Amtrak said it is quickly working to restore service and alert impacted customers of available departures. It is offering full refunds to all customers who were affected.