KENOSHA, Wis. - A Racine couple faces charges in connection with protests in Kenosha in the wake of the police shooting of Jacob Blake last August. 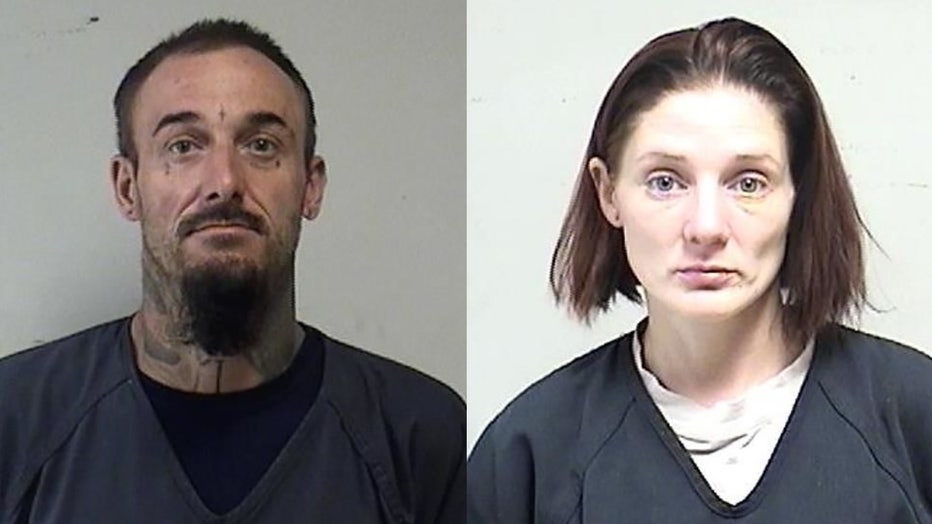 According to the criminal complaint, Ziminski and his wife, Kelly, "participated in protests and riots in downtown Kenosha which occurred in response to the shooting of Jacob Blake by a Kenosha Police Officer." A review of cellphone video shows "both defendants attempted to block law enforcement vehicles that were clearing the area south of 56th St. on Sheridan Rd." because of a curfew that was imposed at the time.

The complaint indicates Kelly Ziminski "made a video recording on her phone of defendant Joshua Ziminski lighting a dumpster on fire." The complaint goes on to say "video shows Defendant Joshua Ziminski tossing a lit match into the dumpster and then asking the crowd for lighter fluid to help the fire spread. The video then shows Defendant Joshua pushing the dumpster into the southbound lanes of Sheridan Rd...as marked police vehicles are moving south on Sheridan Rd. towards him. Defendant Kelly Ziminski is seen in the video adding flammable material to the fire to increase the flame."

Kelly Ziminski made her initial appearance last month. She has already pleaded not guilty to the charges she faces -- and is due back in court on Jan. 29.

Jocelyn Hampel of Jackson was taken to Children's Wisconsin via Flight for Life after a tooth extraction and died days later.

Milwaukee police are investigating a shooting that occurred on Tuesday, Jan. 26 at approximately 6:20 p.m. near 33rd and Vliet.