Quanita "Tay" Jackson, fatally shot near Moody Park in August 2019, was honored during a special "Tay Day" celebrity basketball game Saturday. Three years later, no arrests have been made in connection with Jackson's murder.

MILWAUKEE - Quanita "Tay" Jackson, fatally shot near Moody Park in August 2019, was honored during a special "Tay Day" celebrity basketball game Saturday, Aug. 20. Three years later, no arrests have been made in connection with Jackson's murder.

Organizers said they wanted to put on the event to "celebrate the legacy of the 20-year-old youth leader and organizer who was known for her kindness, creativity and positive attitude."

"She was a nice girl," said Keshaun Warezoller of Milwaukee. "She would basically do a lot of youth programs, trying to stop the violence, bringing kids together with food drives and all types of stuff. Now, today, everybody come together because she didn’t make it to today, so we’re going to keep it going year-by-year and everybody keep coming out. We want to make it bigger and bigger."

"It fills my spirit. It really does," said Jasmine Tyler, organizer. "I think that it’s really important. I think that we’re able to lead by example in showing the youth that even if you’re not here, you passed away, this is what unity looks like. Just keeping her legacy alive is the most important thing to us." 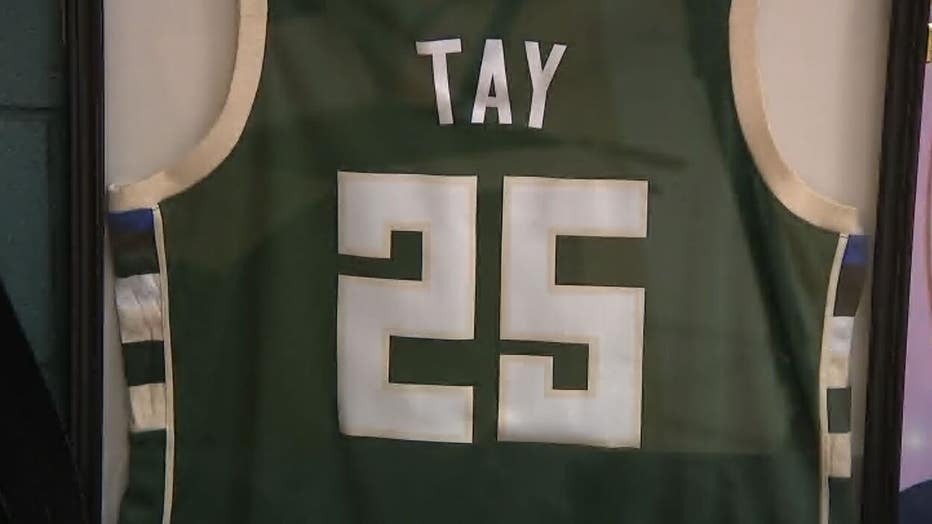 Jackson organized a similar tournament the day before she was killed, drawing a large crowd to Moody Park "day of peace, basketball and fun."

Shortly after the shooting, Attorney Michael Hupy announced a reward for information leading to the arrest and conviction of the shooter who killed Jackson. It has since grown to $100,000.

"We're very disappointed that we haven't had closure yet -- and we're disappointed that the family has not had closure," Hupy said at the time. "We have a building about a block from where this shooting occurred. I think it's just extremely important, with all the violence going on in this city, that there be swift justice if possible."

Jackson was fatally shot near Moody Park in Milwaukee on Aug. 25, 2019. Police said it didn't appear Jackson was the intended target when witnesses said she was caught in the crossfire during the drive-by shooting near 21st and Burleigh.

Jackson was pronounced dead at the scene of the shooting, despite life-saving measures. 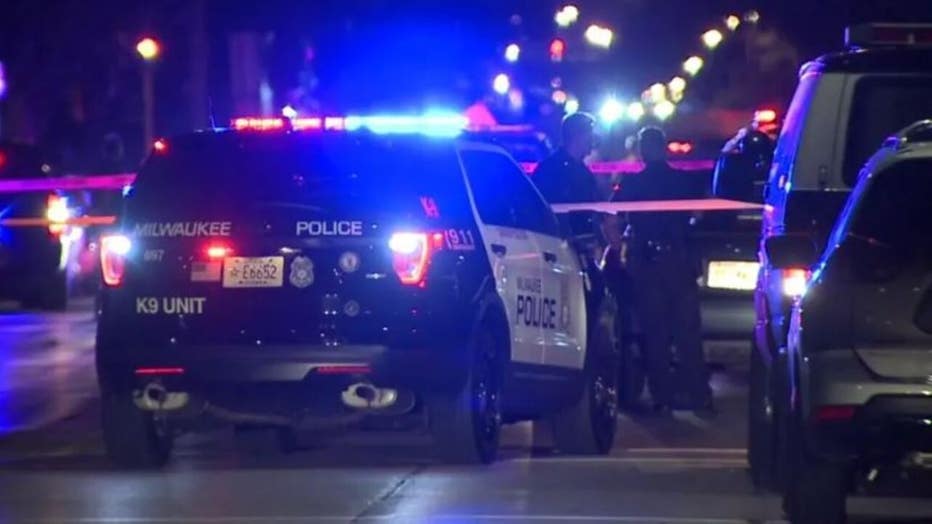 "A car was chasing another car, and they was shooting at each other, and stuff like that," said Tracey Dent, community activist. "She got caught in the crossfire."

Jackson was active at the COA Youth & Family Centers right next door to where she was killed.

Shortly after Jackson's shooting death, city leaders and others issued statements honoring her life and impact.

"Ms. Jackson was a youth participant in COA's teen program who excelled in our arts programming at COA's Goldin Center.  After graduating from the program she continued volunteering at COA and at other community organizations in the area.  Just this past Friday she worked as a volunteer at the Amani Community Fun Night attendee by 700 people, and then on Saturday for a Program the Parks event.  She cared so much about others and was always a kind voice of wisdom to other youth in the community. Everyone at COA is deeply saddened by this terrible and senseless tragedy and we send our condolences to her family and friends. She will be greatly missed by all of us at COA Youth & Family Centers and by so many people in the community that she helped and who saw her as a role model." 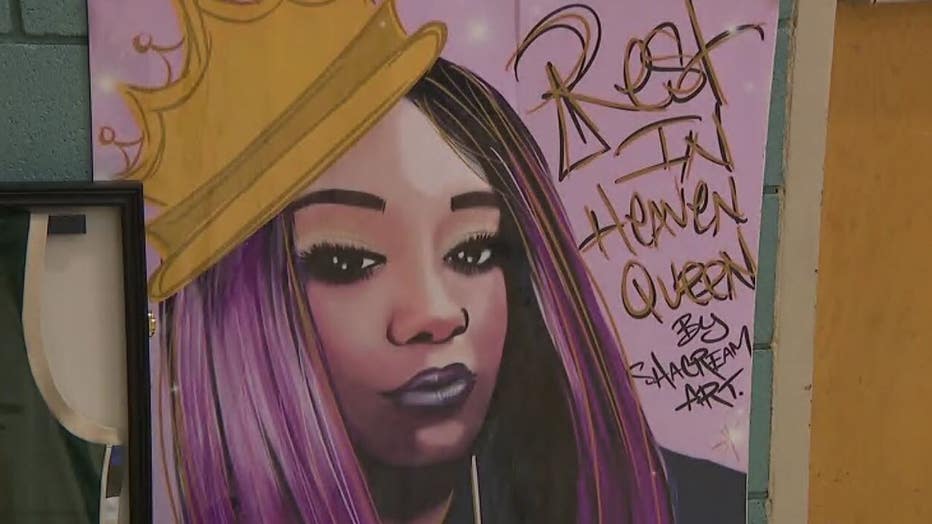 "Quanita "Tay" Jackson was someone trying to make a positive difference in the community and had just organized a youth basketball tournament at Moody Park on Saturday. She was killed in a shooting yesterday across from the park and our prayers are now with her loved ones and friends.

One of her colleagues at Fresh Empire had this to say about her:  "Quanita was the energy Milwaukee so desperately needs. She was friends to a few but family to most. Her desire to be greater than her circumstances was both refreshing and empowering. At 20 she fought to put her words into action and she will be missed by me and her entire Fresh Empire family."

It is incredibly sad that we have lost someone who was working with youth and bringing positive energy where it is truly needed. Our condolences go to her family and to all of those who worked with her in giving back to the community. 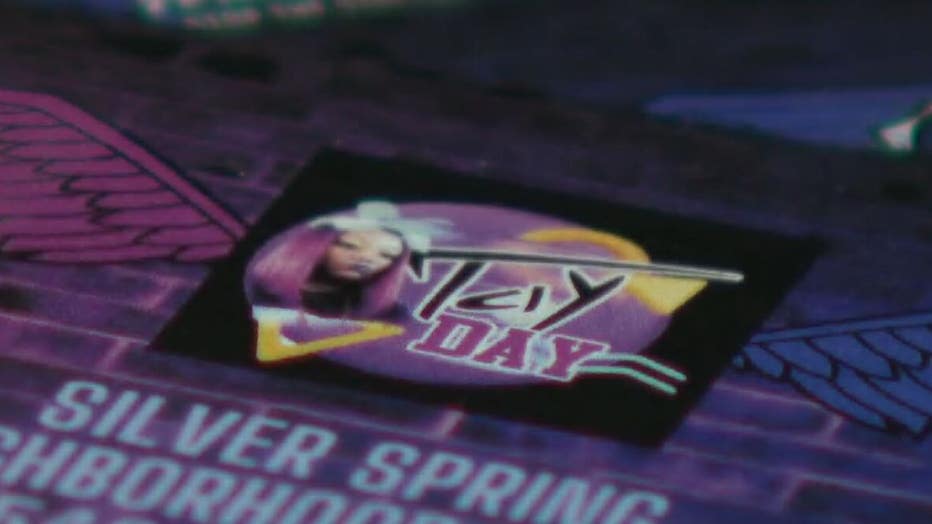 "I had the opportunity to spend time with Ms. Jackson on Saturday for the Amani/Moody Park 3 vs 3 Tournament she helped organize and I can attest that Ms. Jackson was a bright light to everyone who knew her.  Tay was a community activist and a natural leader who advocated against the exact type of violence that cut her life much too short.  During this time of immense pain, we will keep Tay’s spirit alive by holding her loved ones up to God, coming together as a community and celebrating the life and achievements of this extraordinary young woman.

She had a positive vision not only for herself but for her community.  She participated in a variety of community programs, including Skylight Music Theatre, Fresh Empire: Non-Smoking Campaign, COA, Program The Parks MKE and TRUE Skool.  Tay was a talented rapper and vocalist who used her art to spread a message of love and light.  Tay has been called home, but I know her spirit and the impact she had on our city will never be forgotten. Rest in Paradise Queen Quanita Tay Jackson!"

If you have information that could help authorities in this investigation, you are urged to call Milwaukee police at 414-935-7360 or Crime Stoppers.