Three days after a cease-fire between Israel and Hamas, tensions continued to flare in the Middle East and in Milwaukee.

MILWAUKEE - Three days after a cease-fire took effect between Israel and Hamas following an 11-day war that left more than 250 people dead, tensions continued to flare in the Middle East Sunday, May 23 – and in Milwaukee.

People on both sides have organized local rallies over the last several days. On Thursday, a rally for Palestine was held in downtown Milwaukee, and on Sunday, a pro-Israel group gathered in Lake Park, where the rainfall didn't keep them away.

Hosted by StandWithUs, a pro-Israel organization, Midwest Executive Director Peggy Shapiro said those in attendance were speaking out against Hamas, an Islamic militant group. They also gathered to condemn recent anti-Semitic attacks reported in parts of the nation, including Los Angeles and New York.

"It's a tragedy," said Shapiro. "People are looking for excuses to express the anti-Semitism that’s already sitting there, and that's what I see happening this week." 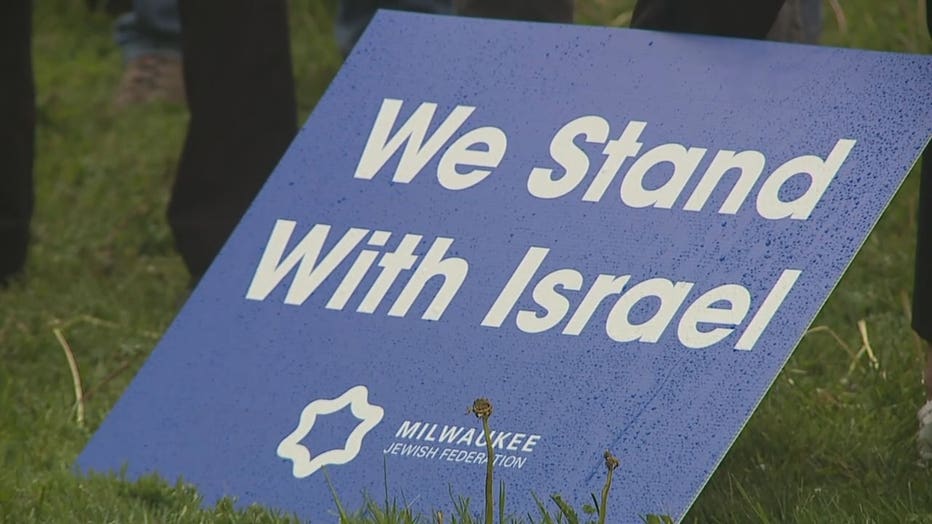 On Thursday, May 20, the same day a cease-fire was agreed upon between Israel and Hamas, a rally for Palestine was held downtown.

"It's unfortunate because this goes on in Gaza every couple of years," said Othman Atta, director of the Islamic Society of Milwaukee.

"These are Palestinians who have been living there as refugees for most of their lives," Atta said.

In reaction to the pro-Israel group gathering Sunday, Atta said: "Why haven’t you said anything about the occupation or about the siege or about the collective punishment or the killing of children?" 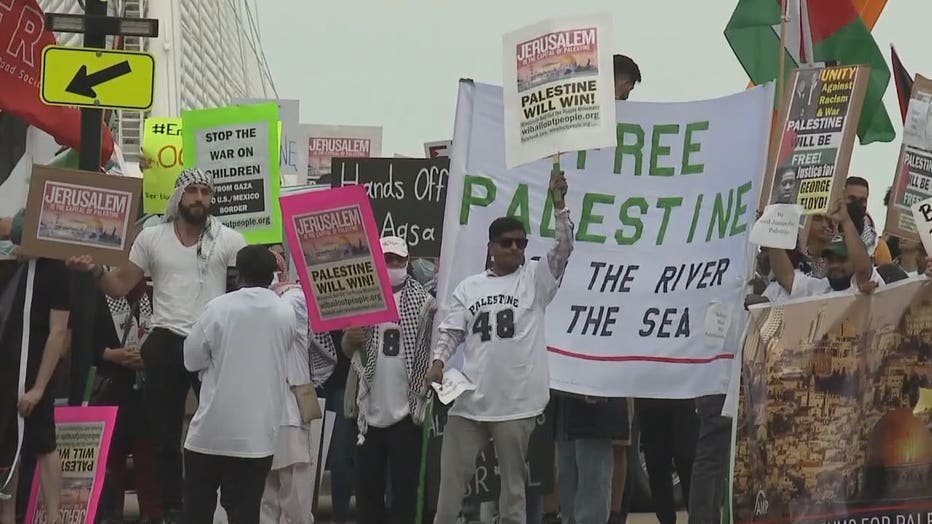 In Israel, 12 were killed by Hamas rockets; all but one of them were civilians. 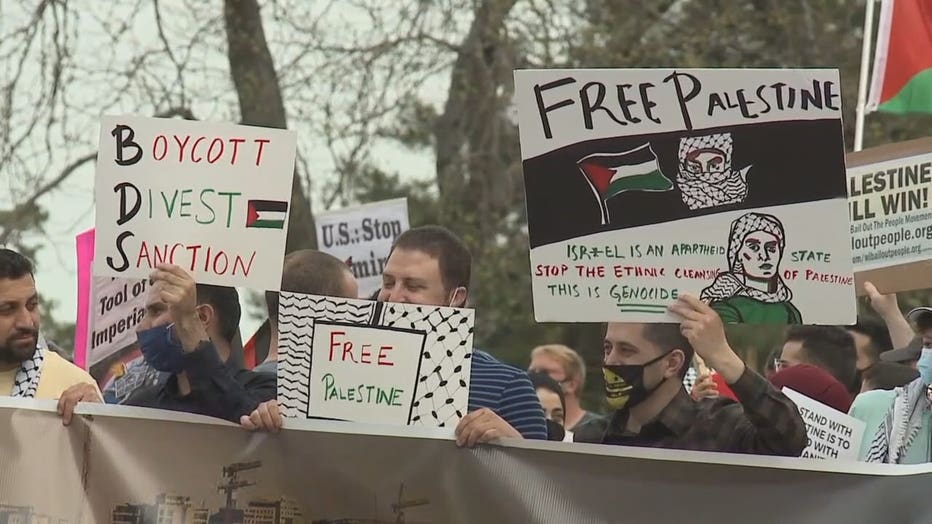 "We are in the midst of a devastating and appalling rise of anti-Semitic attacks on the Jewish community in our country. These hateful and dangerous acts MUST stop and be condemned. The increase in violence against Jews in cities across America reflects what is a horrific surge of discrimination against minority groups. The Bucks remain strongly committed to addressing injustice and using our voice to stand up against hate. We encourage our leaders to join us in speaking out vehemently against all forms of hatred."

FOX6 News reached out to the Milwaukee Police Department and the Milwaukee County Sheriff's Office to find out if any such attacks have taken place locally in recent days. As of publishing this story, a spokeswoman with MCSO responded and said she is "not aware of any anti-Semitic incidents addressed by MCSO within the past week."