At Paul Davis, the calls started around 8 p.m. Sunday, and by Monday night, they hadn't really stopped, with fans and dehumidifiers running full blast in hundreds of homes.

After rain forced its way in, it was out with the old to prevent the mold in basements.

"We've been, since 6 o'clock, dealing with flooding in the basement," said Deana Puccinelli. 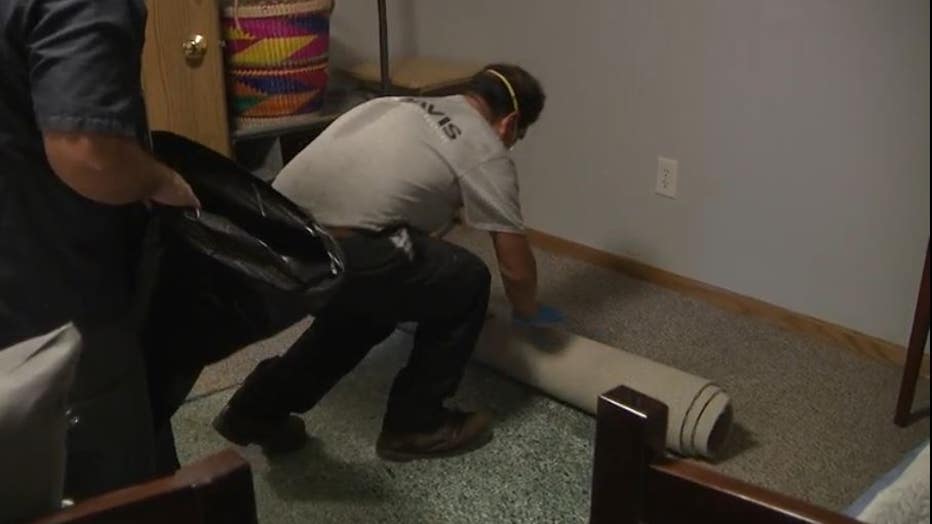 Puccinelli and her family have lived in their Menomonee Falls home for 20 years. Come Monday, the finished basement looked a bit different after five inches of rain fell on the village in just 24 hours.

"It wasn't like, up the wall or anything like that," said Puccinelli. "It was just, the carpet was wet and squishy. You could stomp in it, and it could like, splash like a puddle."

It happened because the home's sump pump failed.

"The last 24 hours has been a whirlwind," said Rick Edgett, Paul Davis Restoration.

Edgett and his Paul Davis crew responded to the issue all day, receiving nearly 300 calls from homes and businesses needing help. 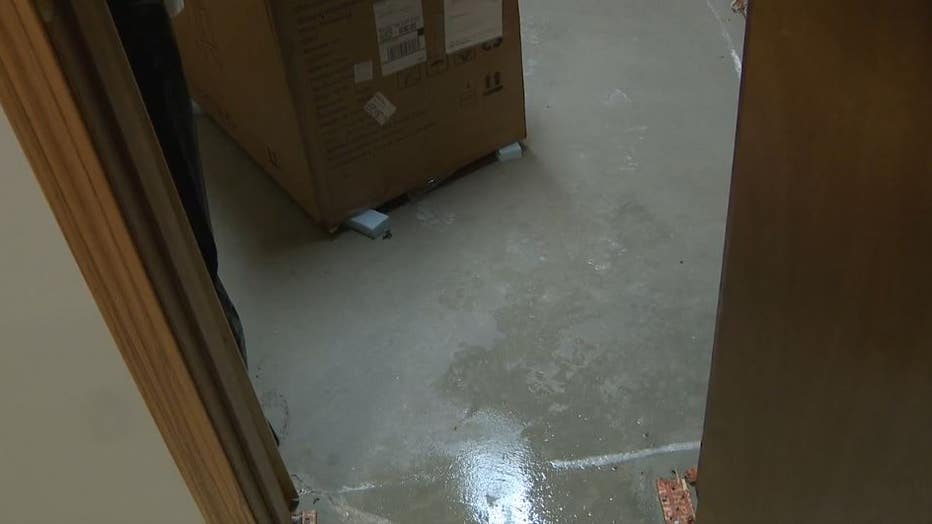 "A lot of the damage has already been done, but we're here to make sure it doesn't get worse and then put it back together for them," said Edgett.

At the Puccinellis, that meant ripping and dumping carpet and running fans to dry out the basement.

"The bad part about it is when the water gets into the walls, we do need to address that to prevent mold growth," said Edgett. "A lot of homeowners, unfortunately, feel like they get the loose water picked up, they're good to go, but that's where a lot of problems persist."

The goal is preventing more problems down the road. 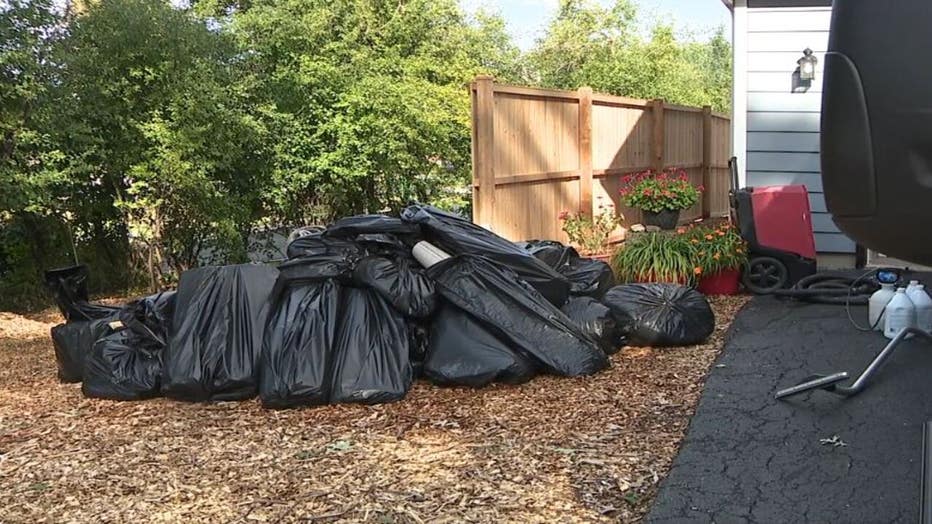 "You know, I'd rather spend my money somewhere else, but it is what it is," said Puccinelli. "You just gotta deal with it."

For those dealing with something like this, first, you should talk with your insurance agent to better understand your policy and if you are storing things in a basement, Edgett suggests using plastic bins instead of cardboard boxes for another layer of protection.