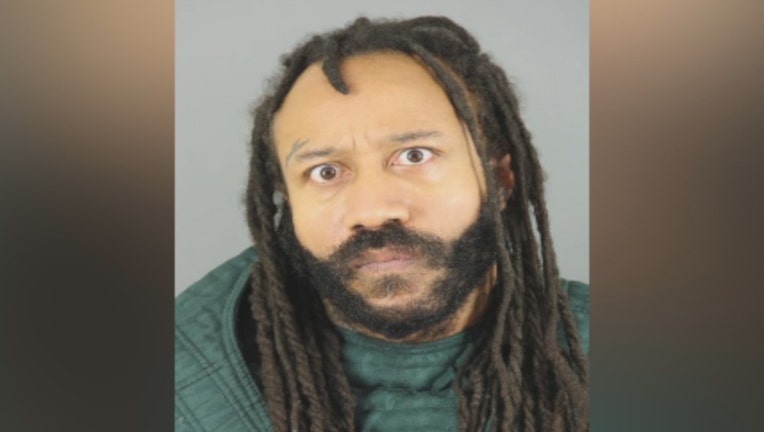 MILWAUKEE - An attorney for the man charged with driving an SUV through the Waukesha Christmas parade, killing six and injuring dozens, has withdrawn as counsel for two Milwaukee County felony cases, citing a conflict of interest.

Domask was representing Brooks in two felony cases; one filed in early November where Brooks was charged with resisting or obstructing an officer, bail jumping, recklessly endangering safety, disorderly conduct and battery with domestic abuse modifiers. Another filed in July of last year, charging Brooks with two counts of recklessly endangering safety and felony firearm possession.

Darrell Brooks in Milwaukee Co. court by phone on Tuesday

The suspect in the Waukesha Christmas Parade attack has a court appearance Tuesday for a case in Milwaukee County.

Brooks, 39, is charged in Waukesha County with six counts of first-degree intentional homicide after prosecutors say he turned into the Waukesha Christmas parade route on Nov. 21, swerving down the length of the route, without slowing, striking dozens of people. Five people died that night, ranging in age from 52 to 81. An 8-year-old boy, Jackson Sparks, died days later.

During the motion hearing before Judge Feiss Tuesday, Domask said he has a conflict of interest, based on the incidents in Waukesha in which Brooks has been charged, and knows people who were affected by the incident.

"Relationships and familiarities both direct and indirect, between attorney Domask, members of Domask law office, individuals, families, groups and organizations affected by the incidents arising on Nov. 21, 2021 have created a concurrent conflict of interest in the representation of Mr. Brooks," said Domask, reading from a portion of his filed motion.

Brooks appeared by telephone for the hearing, as he remains in custody in the Waukesha County Jail and this was the first notice he had been given that his attorney in the Milwaukee County cases was seeking to be removed. Domask said he wishes he would have been able to meet with Brooks, in-person, to explain the situation.

"Your honor, I am formally moving to withdraw, based on this conflict of interest. My withdraw of counsel at this stage, with both matters being set for status conferences, will not cause any undue prejudice for Mr. Brooks."

Prosecutors Jacob Corr and Matthew Torbenson did not object to Domask’s request. Judge Feiss ordered the two cases be referred to the State Public Defender’s Office for assignment, wanting to ensure no delays in getting discovery materials to new counsel.

Brooks is scheduled to appear by Zoom for the two Milwaukee County cases on December 20 for a status hearing, at which time prosecutors intend to discuss his bail as it relates to the domestic violence case, including intimidation while in custody at the Milwaukee County Jail.

39-year-old Darrell Brooks Jr. was charged on Nov. 5 after prosecutors say he ran over the mother of his child with his SUV.