GRAFTON, Wis. - The shooting death of a Cedarburg man off of Interstate 43 in Port Washington remains an unsolved mystery one year after it happened.

Some say 41-year-old Joshua Terry was a gentle giant. The U.S. Air Force veteran and husband relaxed by going for a drive, his family said – what he was doing on his final night alive.

"While many will be celebrating Halloween, Joshua’s widow will be remembering the day her husband was taken away from her. Joshua’s parents and siblings will mark the day with sadness," said Ozaukee County Sheriff Jim Johnson.

What exactly happened on Oct. 30, 2020, is still foggy. Saturday, Johnson again asked for help solving what could be deemed a highway homicide.

"You may have seen something that night, and thought it was insignificant, but like a puzzle, each bit of information put together provides us with a better picture of what occurred," Johnson said. 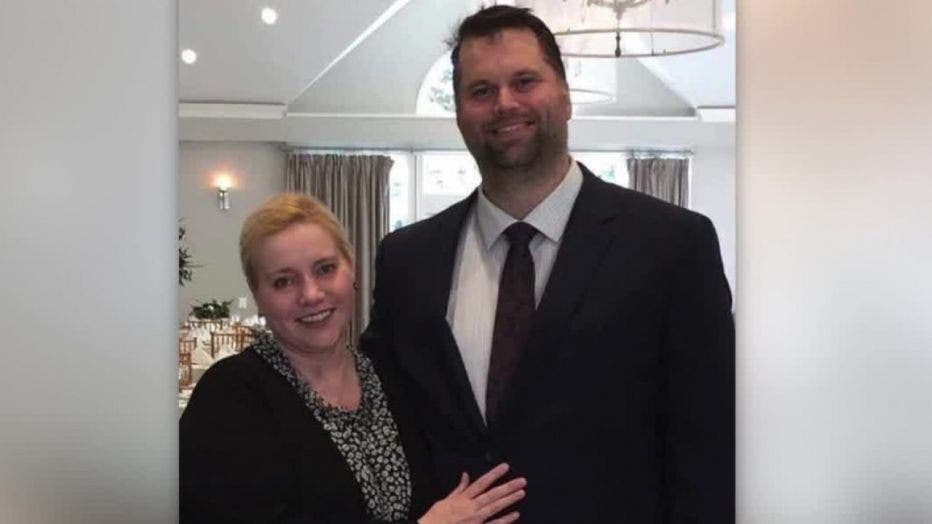 Joshua Terry and his wife.

Here is what the sheriff's office knows:

In April, the sheriff's office theorized:

For now, that suspected shooter has not come forward.

"Please help us bring justice for Joshua Terry and closure for the family," said Johnson.

The sheriff's office speculates the suspect may have changed their appearance, stopped using the vehicle involved, missed work or withdrawn from normal activities.

Anyone who may fit that profile or has tips is asked to call the sheriff's office or reach out via their confidential tip by text service.

The Milwaukee County Sheriff's Office is investigating a fatal crash that happened early Saturday morning, Oct. 30 at the bottom of the east I-794 off-ramp to Jackson Street and Van Buren Street.