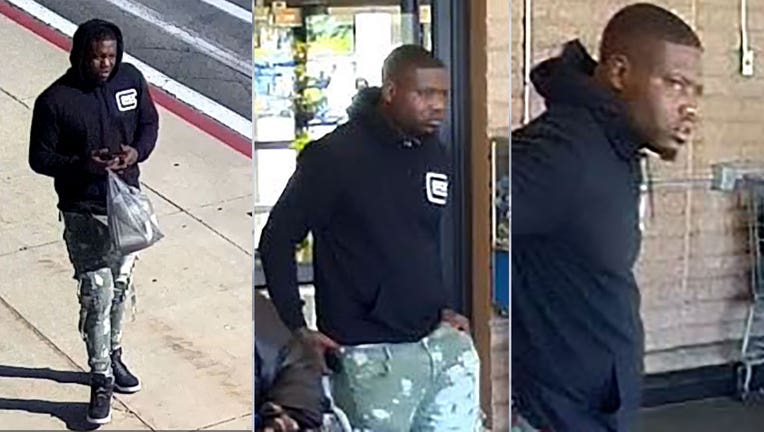 MILWAUKEE - Milwaukee County sheriff's deputies are searching for a man who they say entered an unlocked vehicle, stole items, and then charged more than $400 worth of goods on the victim's credit card.

The thief then went to a nearby Walmart in Brown Deer and charged $413 to one of the credit cards.

Police say the thief is described as a male, African American, wearing a black hoodie with a white logo on the left side of his chest, tide dye ripped jeans, and black tennis shoes with a white sole.

If you have information that could help authorities locate this thief, you are urged to contact the Milwaukee County Sheriff's Office at 414-278-3004.