Loved ones gathered to remember Elton Brackins, killed in a Milwaukee double shooting that happened near 13th and Locust.

MILWAUKEE - Loved ones on Wednesday, Sept. 29 remembered a Milwaukee man killed in a double shooting that happened near 13th and Locust on Monday night.

Elton Brackins, 20, was killed and a 32-year-old man was injured. Brackins died at the hospital.

Through the buzz of traffic at 13th and Locust, family paused and reflected on a young life taken suddenly.

"I’m feeling in shock because he was so young and he has a child. It wasn’t supposed to happen to him," said Serenity Morgan, Brackins' girlfriend.

The shooting happened after what police said was a fight.

"They said that somebody was fighting, and they weren’t trying to shoot at him, but he ended up getting shot a couple of times and be basically bled out over there," Morgan said. 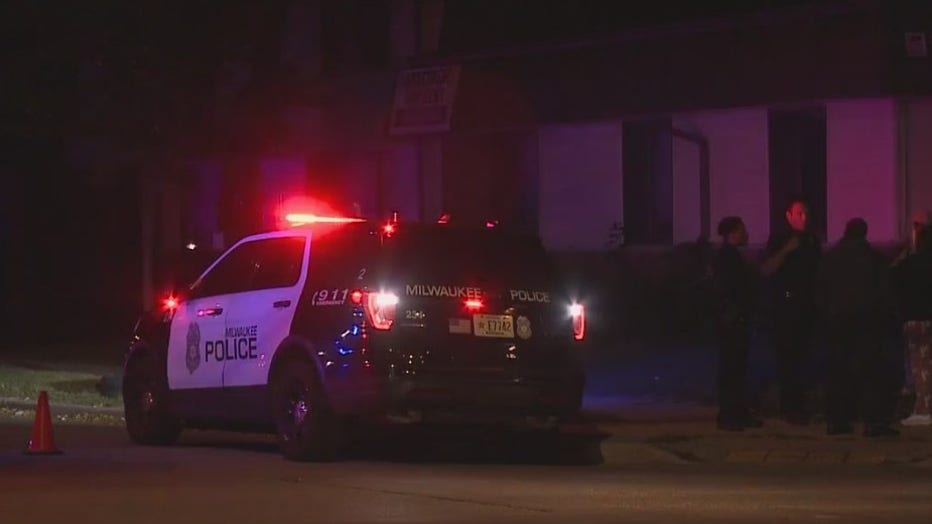 Double shooting near 13th and Locust in Milwaukee

Morgan, who is also the mother of Brackins' 8-month-old boy, joined a large group – writing messages of love and sharing memories.

"He was a good person. He was very caring. He was a really good dad. He cared about his son a lot," said Morgan.

Andrea Love just marked one year since her brother's death. Now, she mourns the loss of her cousin, Brackins.

"I can’t not think about him. I close my eyes and I picture him laughing and chilling," said Love. "It don't, it don't seem real."

The group found comfort in each other – grieving a young father and begging for the violence to stop.

"It’s just not a fair world to be living in," Morgan said.

The other man who was shot is being treated at a hospital and is expected to survive.

A suspect was arrested. Police ask anyone with information to come forward.