A new exhibit opened Friday, Oct. 15 at the Milwaukee Public Museum – taking visitors deep into the depths of the ocean.

MILWAUKEE - A new exhibit opened Friday, Oct. 15 at the Milwaukee Public Museum – taking visitors deep into the depths of the ocean.

"It can really be their own adventure," said Meghan Schopp, the museum's senior director of education and programs.

The Milwaukee Public Museum's new exhibit "Voyage To The Deep" is based on the book " 20,000 Leagues Under The Sea." Which follows the fictional character Captian Nemo and his adventures inside his submarine.

"That's what makes this exhibit so special is it's set in this fantasy world, filled with different factual information, which is really fun," said Schopp.

The submarine at the center of the exhibit is divided into five sections. 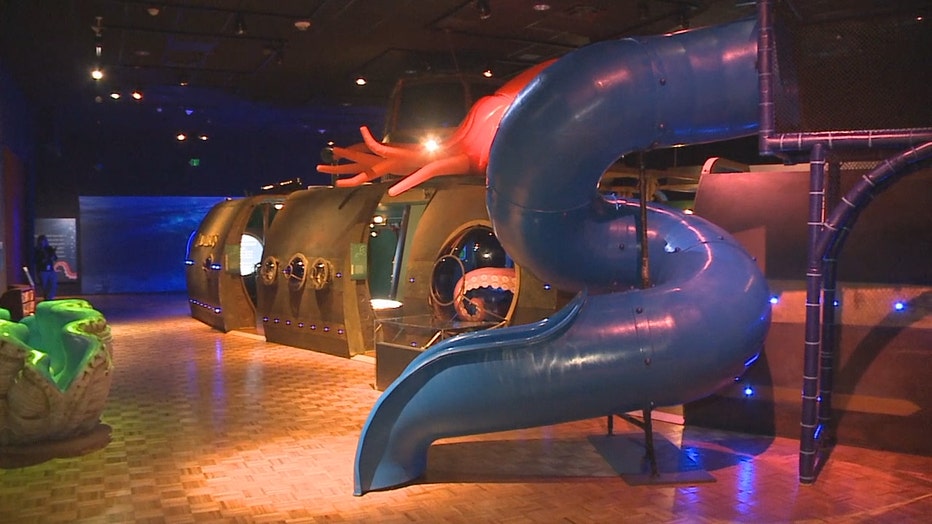 A submarine is not complete without entertainment, there is even an organ the kids can play on.

"Those who have visited our museum before are familiar with our immersive style exhibits, where you walk into an exhibit and you are transported into the space you’re learning about and this exhibit is exactly the same," said Schopp.

Visitors can step aboard the submarine and take a voyage into the deep anytime the museum is open.

The "Voyage To The Deep" exhibit will be at the Milwaukee Public Museum until Jan. 9. Ticket information is available on the museum's website.

Curderburger at Culver's lives up to the hype

The Curderburger at Culver's is only available on Oct. 15, National Cheese Curd Day, until supplies last.

Target is opening its first store in Glendale.

The FOX6 Investigators explore the future of Zoom in the courtroom.