Milwaukee Police Chief Jeffrey Norman was sworn in to the position Monday, Nov. 15.

MILWAUKEE - Jeffrey Norman took the oath of office Monday, Nov. 15 – ushering in a new era for the Milwaukee Police Department as its newest chief.

With his family nearby, the seasoned officer was filled with emotion as he officially became Milwaukee's 22nd chief of police.

"I want to thank my wife of 20 years, Dr. Norman, for greatly supportive love," said Norman.

Norman is focused on tackling crime in the city, as well as building engagement and trust with the community.

"Working with law enforcement partners on the federal, local and state levels is a great team activity when the work is targeted and focused on those who create the most harm in our community," Norman said. 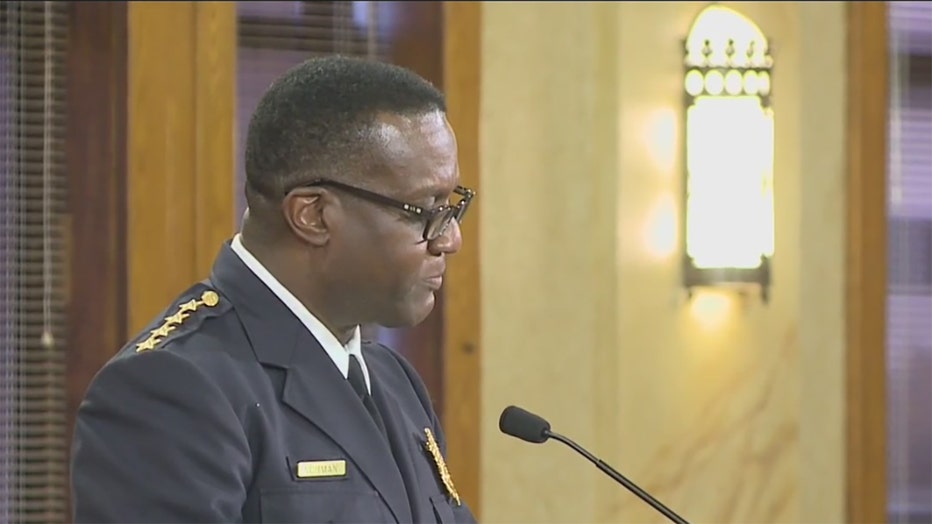 Norman has been with the department for more than two decades and replaces former Chief Alfonso Morales.

"Chief (Norman), I was overcome with emotion when you asked me to speak at your swearing-in and I eagerly said ‘yes’ because of your dedication to collaboration, your commitment to residents of our city," said Arnitta Holliman, director of the city's Office of Violence Prevention.

"The reason I believe Chief Norman will be successful in this job is because he respects people," Milwaukee Mayor Tom Barrett said.

Norman said his tenure is a new chapter for the police department and the city.

"The police department is standing very tall, with those who are saying, ‘We want our streets back.’ For those who engage in reckless driving, beware: That will not be acceptable in our city," said Norman. 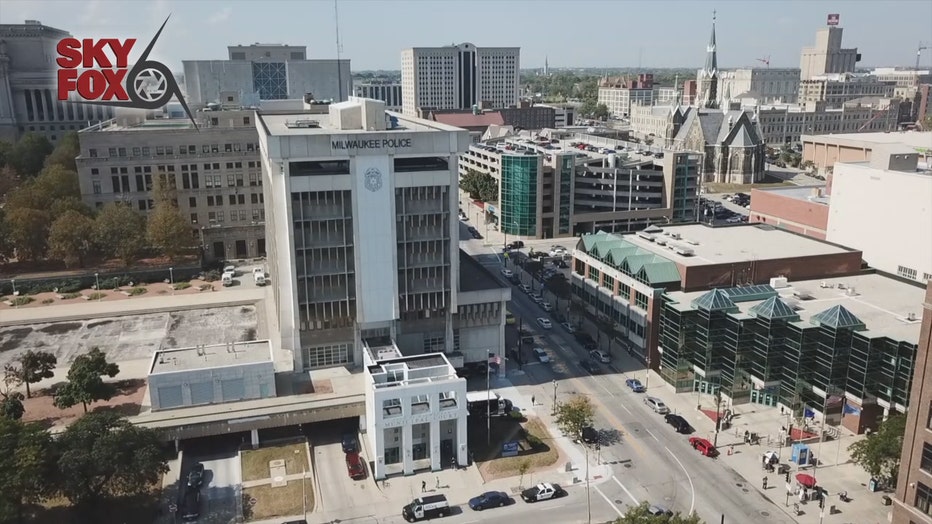 The Milwaukee Fire and Police Commission (FPC) confirmed Norman as the permanent chief on Nov. 4. The vote was unanimous. Monday, he was sworn in for a four-year term as Milwaukee's top cop. He plans to fill vacant leadership positions as soon as possible.

Monday, Norman added that he was proud of his children; his son is a star high school soccer player and his daughter is an accomplished ballerina.

Norman sworn in as MPD chief

Jeffrey Norman was sworn in as Milwaukee's newest chief of police on Monday, Nov. 15.

I congratulate Chief Jeffrey B. Norman for being sworn-in today as the City of Milwaukee Police Department’s 22nd Chief of Police. It is the high honor of a law enforcement career to lead the organization one has given their professional life to.

Chief Norman inherits an organization with some of the finest men and women in the law enforcement profession at a time when our community needs them. His ability to inspire his members to work with the community will be one of his biggest challenges but one I know he can meet. His ability to promote the discussion of police reform in Milwaukee and addressing social justice are at the top of the community’s need also but issues he has already shown his willingness and commitment to leading the discussion.

I encourage the Milwaukee community and partners at the Federal, state, and local level to work with Chief Norman and his leadership team in establishing a framework to help make our city strong and safe. Their success is vitally important to our community’s success.

On behalf of the Milwaukee County Sheriff’s Office, I congratulate Chief Norman and his family on being entrusted with this high honor. We look forward to a long, rich, and productive partnership in helping build Milwaukee’s future.

It was a tremendous honor to help officially welcome Chief Jeffrey Norman the job of Chief of Police. This is a proud moment for all of Milwaukee.

Like me, Chief Norman is a Milwaukee native and a graduate of Milwaukee Public Schools. And like me, he’s lived the life of a Black man in Milwaukee, and in Wisconsin, with all the opportunities and the challenges that come with that.

But also, together, we are going to reform and modernize the police department. We are going to address the cultural issues that arise with a department that has too few Milwaukee residents and too few officers of color. We are going to move those functions that don’t need to rest on the shoulders of sworn officers so we can prioritize public safety, and do it more efficiently.

A reckless driving crash on Milwaukee's south side left a 16-year-old boy dead and sent his younger brother to the hospital.

Milwaukee police are investigating a homicide near 36th and Meinecke on Monday, Nov. 15. One person is dead.