A Milwaukee grandmother says MPS' Gaenslen School has helped her granddaughter with special needs come a long way. Now, the trouble is actually getting her to school.

MILWAUKEE - A Milwaukee grandmother says she’s running into roadblocks getting her 12-year-old granddaughter with disabilities to and from school.

Betty Fox is the legal guardian of 12-year-old Da’mya Thomas, who has cerebral palsy. She said MPS' Frederick J. Gaenslen School, equipped to accommodate children with special needs, offers her granddaughter the services she needs.

"She gets physical therapy. She gets occupational therapy," Fox said. "She’s tube-fed, and she’s diaper changed."

The trouble, Fox said, is getting Da'mya there. While buses have come to the alley behind her home to pick up Da’mya in the past, Fox said she was told that’s no longer an option.

"She loves school because they play music for her," said Fox. 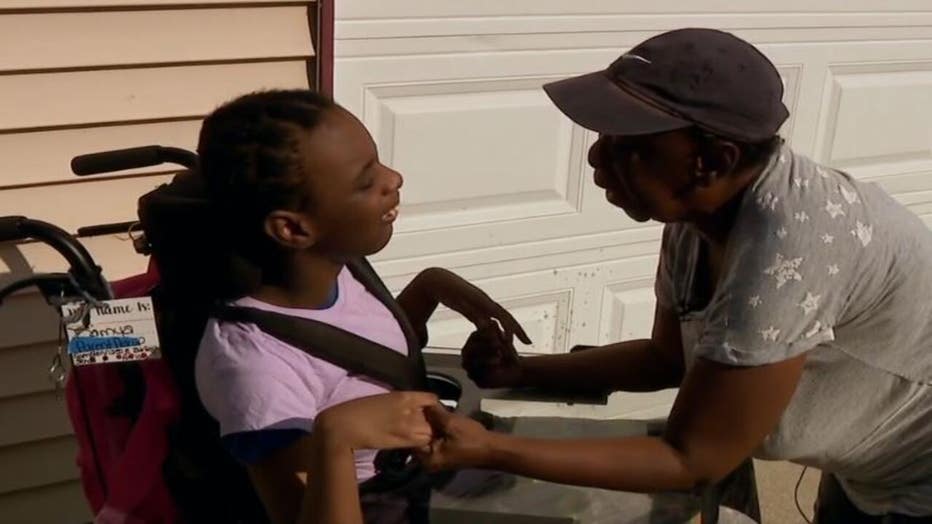 On the first day of the new school year, Fox said a regular bus showed up a block away, unable to accommodate Da’mya in her wheelchair. Instead, they took city buses, battling obstacles like construction.

"It was too consuming for her, as well as me," said Fox.

Now, she’s said she was told a bus from First Student, a company Milwaukee Public Schools contracts with, could pick up Da’mya if they take her across a one-way street.

"But look what we gotta go through to get her across the street," said Fox. 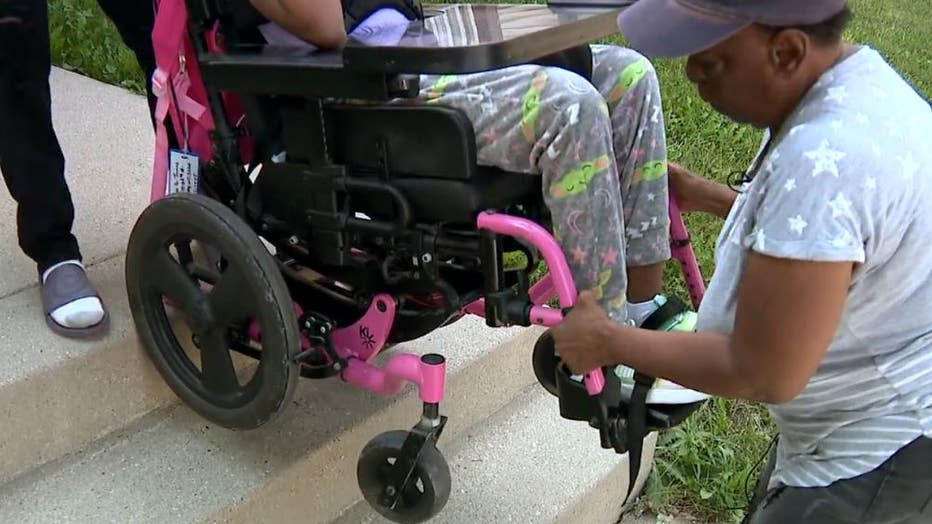 Fox said the steps, curbs, traffic and vehicles potentially blocking the bus' ramp could all be avoided if the bus would come back to the alley – something she said First Student buses have done in the past.

"We don’t have to do anything but just open up the back door, roll her out to the back," said Fox. "The alley is the safest way to get her. Coming from her house is not." 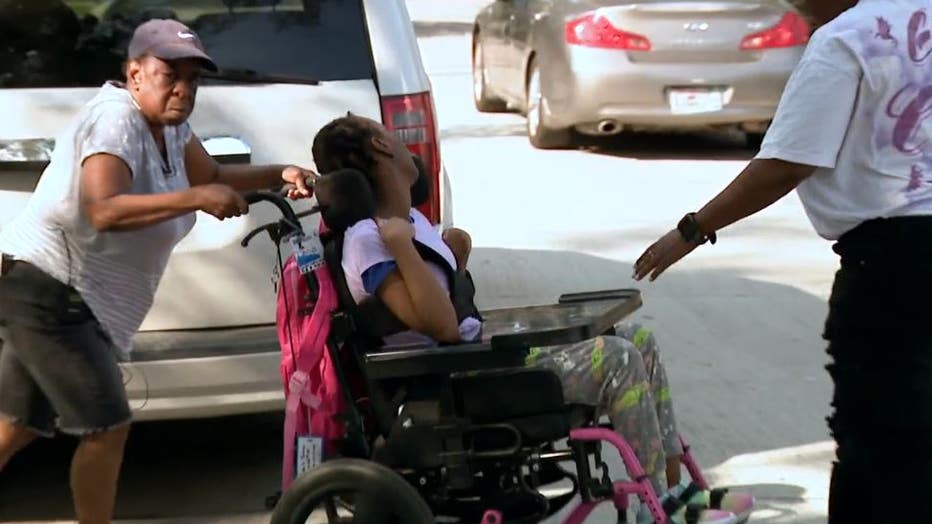 A representative from First Student sent a statement to FOX6 News:

"First Student’s priority is to provide safe and reliable transportation for every student passenger. Safety includes stops, engaging with and inside the bus, and procedures for exiting/entering the bus. Our driver properly identified a potentially unsafe situation. Upon notification of these circumstances, we immediately launched an investigation, evaluating an alternative, and safe, solution." 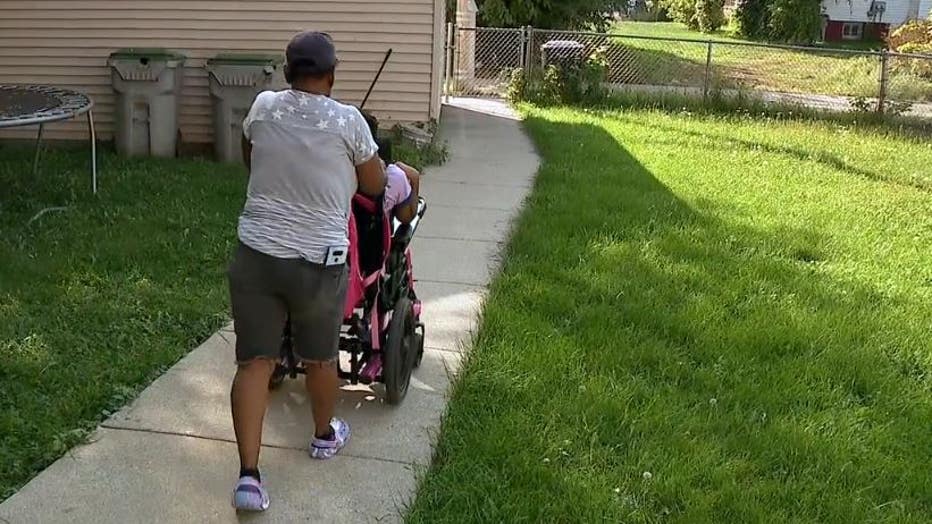 Fox said their option comes up short, promising to keep going the distance for her granddaughter.

As of Friday night, Fox 6 has not received an official statement from MPS.