The Racine County Sheriff's Office released on Thursday, Aug. 18 body camera video of the arrest of Hezekiah Saffold of Milwaukee.

Officials say Saffold, who was pulled over for speeding on I-94, assaulted deputies and was bitten by a K-9 officer three times and tased five times before deputies could take him into custody. Sheriff's officials say he had drugs and a gun in his vehicle.

Racine County authorities released the body camera video of the arrest of Hezekiah Saffold by deputies.

This all started around 11:30 a.m. Wednesday, Aug. 17 when deputies saw a Kia Soul going 91 in a 70 mph zone. Deputies pulled the driver over, and the vehicle was stopped on I-94 northbound near 7 Mile Road.

"This agency writes 30,000 citations every year this should have been another citation...but he chose, he made a decision to make this violent," said Racine County Sheriff Christopher Schmaling.

Racine County law enforcement talks about a Milwaukee man pulled over for speeding on I-94 assaulted deputies and was bitten by a K-9 officer three times and tased five times before deputies could take him into custody.

The driver, identified by sheriff's officials as Hezekiah Saffold, 24, had a backpack on his front passenger seat, which he grabbed and put in the back. A search of his criminal history revealed convictions for drugs, driving a stolen vehicle, armed robbery and obstructing an officer.

As Saffold stepped out of the vehicle so deputies could explain the citation to him, a K-9 alerted on the vehicle, indicating there were drugs inside. 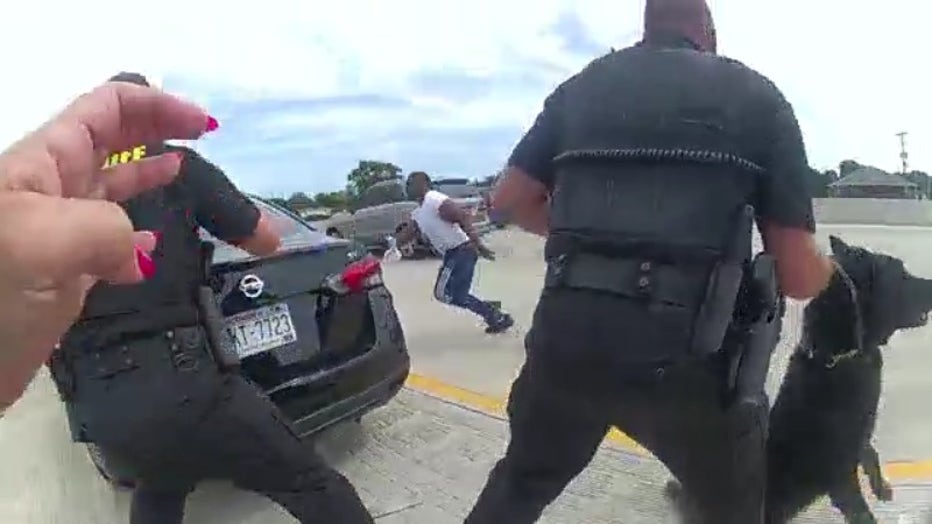 When asked to place his hands behind his back so he could be detained, sheriff's officials say Saffold ran toward his vehicle.

Saffold was then tackled by a deputy as the K-9 bit him. However, he was able to get up and ran into traffic in an attempt to get into his vehicle on the passenger side. A deputy was able to get in on the driver's side and turn off the vehicle.

At this point, sheriff's officials say Saffold tried to start the vehicle and place it in gear after getting over to the driver's side. The K-9 bit him again, and a Taser was used "without effect."

Sheriff's officials say Saffold assaulted deputies in his effort to escape. A Taser was deployed again, along with pepper spray. 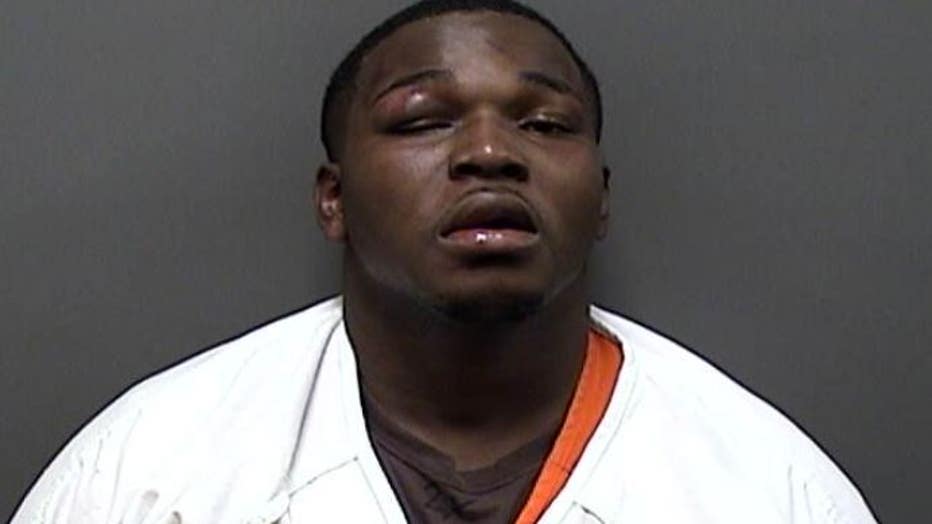 The deputies were able to pull Saffold from the vehicle and force him to the ground, but he got up and kept fighting the deputies, officials said.

He was then bitten a third time by the K-9 and more pepper spray was used.

"He went from the passenger’s side to the driver’s seat where he began fighting again with another deputy sheriff," Schmaling said. 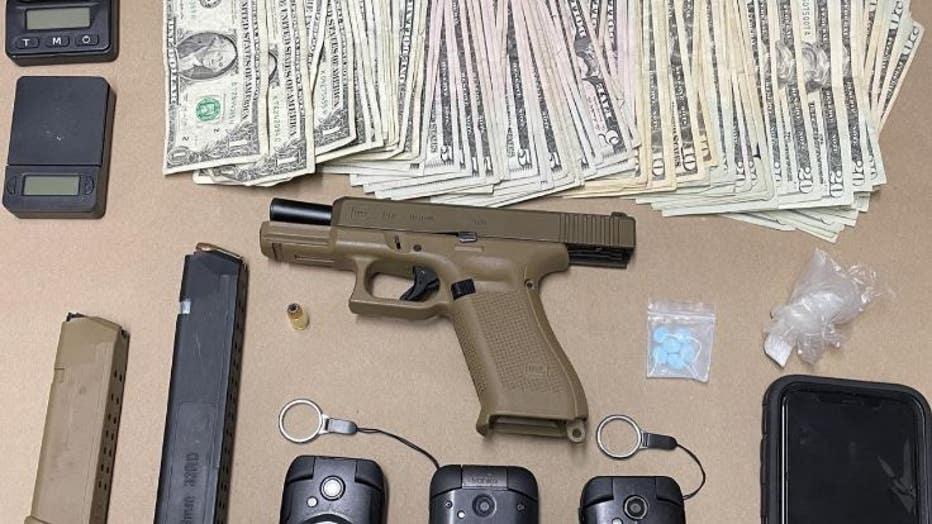 A trooper showed up at the scene and used his Taser, but sheriff's officials say Saffold continued to fight the officer. In all, Saffold was tased five times.

"He wanted to win, he wasn’t going to go to jail and that’s all there is to it and we prevailed and I am proud of that. I am not ashamed of that at all," Schmaling said.

The sheriff said when you add the danger that exists on an interstate, the situation proves even more dangerous. He applauded the work of the deputies.

"These aren't robots that we have working in these squad cars. These are human beings just like you and I," Schmaling. "They lace their boots up the same way every day. Yes, they have a high level of training. But they're individuals who want to go home to their families as well."