Diamond Arberry, a Milwaukee mother, was shot and killed outside a downtown nightclub. One month later, her family marched for justice and answers.

MILWAUKEE - Diamond Arberry, a Milwaukee mother of three, was shot and killed outside a downtown nightclub in July. One month later, on Tuesday, Aug. 17, her family took to the streets to fight for justice and answers.

Arberry, 24, died near ELMNT Lounge on July 17. Police said the shooting happened after a large fight broke out inside the nightclub and ended in the street. Family said Arberry was caught in the crossfire.

"There’s got to be someone held accountable for what they did," Darnell Kelley, Arberry's grandfather, said.

Thomas held a rally outside the nightclub before taking to the street. From city hall to police headquarters, dozens marched for justice.

"A coward shot my daughter," Thomas said. "I’m not getting enough answers. That’s the reason for this march today."

Shortly after Arberry was killed, a man was taken into custody in connection to the shooting. However, after an investigation, police determined he was not the suspect in the incident.

"I want whoever did this to come out. Turn yourself in," said Thomas. 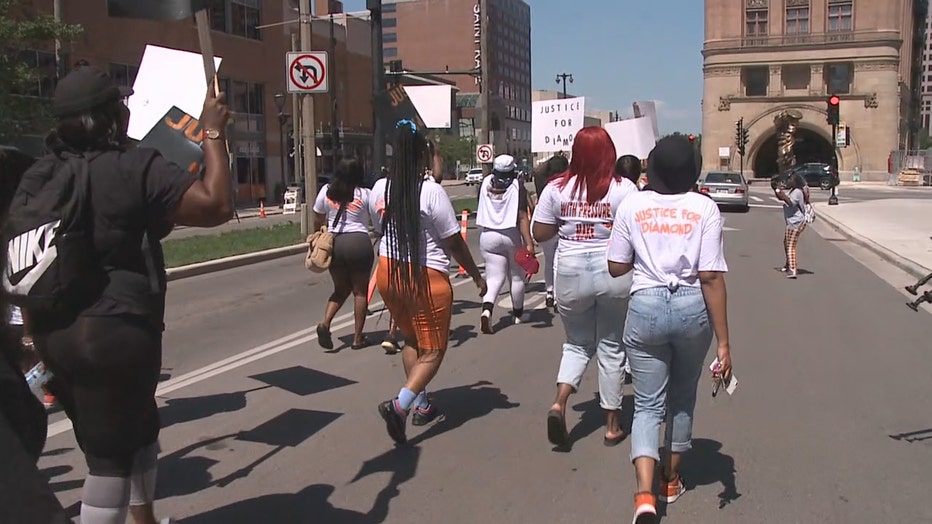 A frustrated mother is determined to raise her voice until a killer is captured.

The Milwaukee Police Department continues to search for unknown suspects. Anyone with information is asked to call police.