Milwaukee Alderwoman Chantia Lewis, charged with embezzlement and other crimes, made an initial court appearance on Wednesday, Sept. 29.

The activities in question allegedly took place between April 2016 and July 2020.

In a sprawling criminal complaint, investigators said Lewis "defrauded the city of Milwaukee and her campaign" of more than $21,000. Prosecutors said the money was used for "trips, car care, credit cards and other expenses."

Investigators said Lewis "falsely represented to the city of Milwaukee that she was owed reimbursement for expenses incurred on city travel, when in fact she paid for those expenses out of her campaign account."

Lewis entered a plea of not guilty to misdemeanor theft by fraud. She did not enter any pleas as it relates to the other counts, all felonies. A preliminary hearing will be scheduled.

If convicted on all counts, Lewis could spend a maximum of two decades behind bars and $65,000 in fines 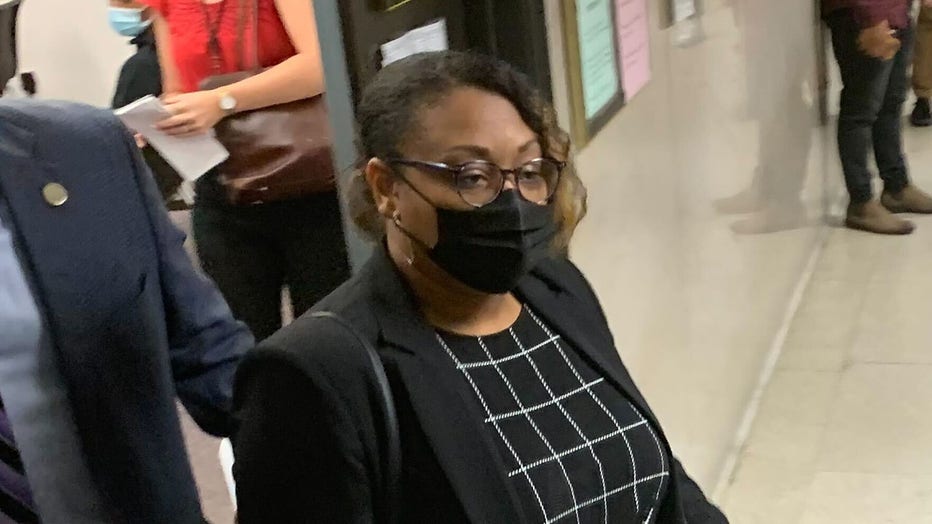 "Ms. Lewis has already been removed from her committee assignments – I don’t believe there is a significant risk of any further misappropriation," Prosecutor Matthew Westphal said Wednesday.

The judge set a signature bond at $1,000. As a condition of her bond, Lewis is to have no contact with several people who donated to her campaign. Prosecutors said Lewis deposited those funds into her personal account.

Lewis is also a candidate for U.S. Senate.

In a statement released the day she was charged, Lewis indicated that she was recently advised of the "potential campaign reporting errors" and has "worked with and cooperated fully" with the district attorney's investigation – adding "I am innocent of any criminal wrongdoing."