After more than a year of marching in Milwaukee, calling for major changes to policing, activists stood right outside the Wisconsin Assembly chamber with a message:

MILWAUKEE - After more than a year of marching in Milwaukee, calling for major changes to policing, on Thursday, June 3, activists stood right outside the Wisconsin Assembly chamber with a message: "Enough is enough." They say bipartisan policing bills don't go far enough.

Protests erupted on Milwaukee streets more than a year ago. George Floyd looms large over these discussions. His murder took place on Memorial Day 2020.  One year later, those who have been marching every day say they want more change than what’s been proposed.

Bipartisan bills to change policing could get a vote in Madison soon. 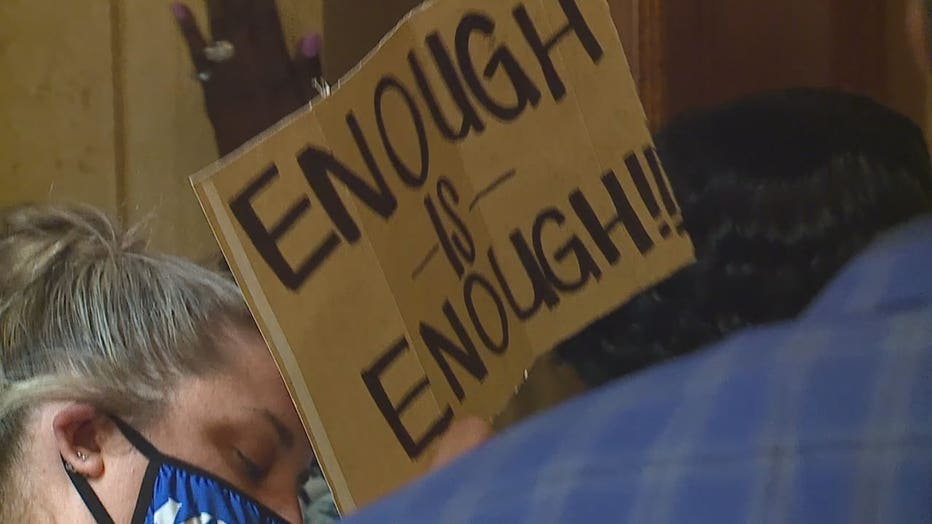 "They’re Band-Aids on a broken leg," said Angela Lang, executive director of Black Leaders Organizing for Communities (BLOC). "Eventually, that Band-Aid is going to fall off, and it doesn’t actually do anything to actually reduce any harm and the killings of Black and brown people."

Milwaukee Democrat Rep. David Bowen has joined protests and, in committee, voted for five of the seven bipartisan bills; the work of the Speaker’s Task Force on Racial Disparities, a group founded right after the police shooting of Jacob Blake in Kenosha in August 2020. 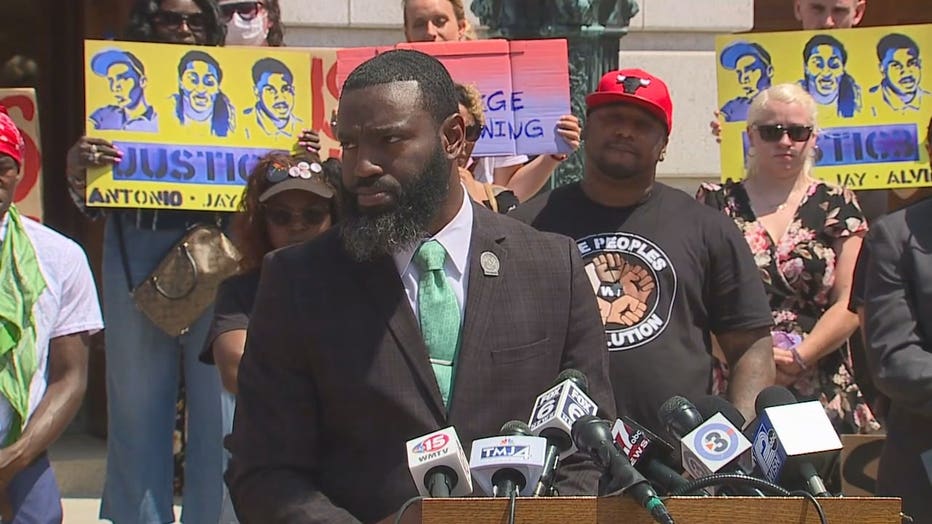 "The rest of the package, fine. They are, I say, a stutter step because if we really want to save lives, we got to do a lot more, and what we have in front of us is inadequate," said Bowen. "I am all for starting someplace. I work in politics."

Responding to calls to do more, Bowen pitched 12 bills; what he calls the "Enough is enough package."

"So we’re adding, we’re happy to add on to it, but it’s also important that we have a real, holistic conversation because we can’t leave out these other opportunities for us to make sure we look out for the citizens of the state of Wisconsin," said Bowen. 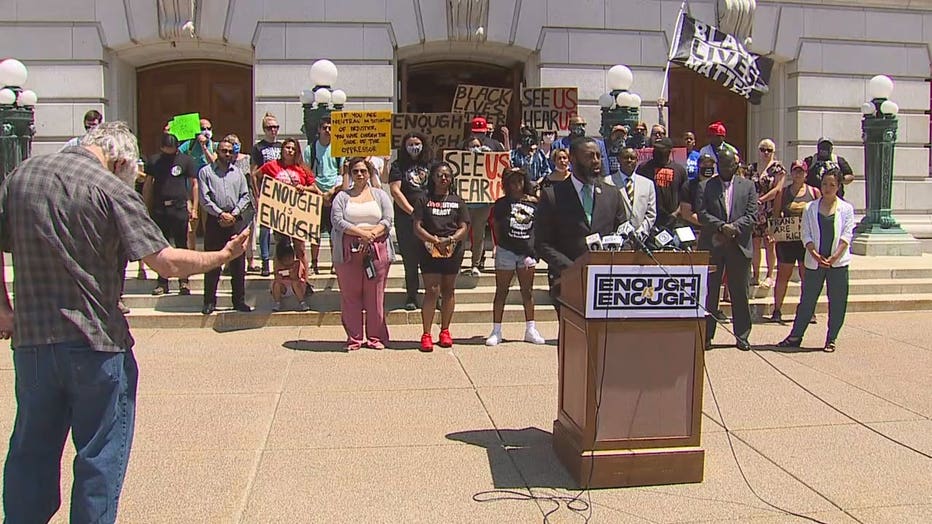 One of the proposals calls for a judge to appoint a special prosecutor who decides whether to charge in officer-involved deaths. Another would require use of force standards stating the primary duty of officers is to preserve life, with deadly force used only as a last resort, and that officers must intervene if other officers use unreasonable force. It would also protect whistleblowers. They would require officers to go through eight hours of training a year on de-escalation tactics and one hour yearly of first aid training. It would also require cop cars to be equipped with defibrillators. A bill would stop police unions from bargaining to reinstate a fired officer, and another would require officers to pass out their contact card when a person they interact with asks for it.

Task Force Co-Chair Jim Steinke didn't respond when we asked to offer his take on Bowen’s bills. His task force has been working with activists, police representatives and other community leaders to craft what he calls "consensus bills." Those bills, not Bowen’s, will be before the Assembly later in June.