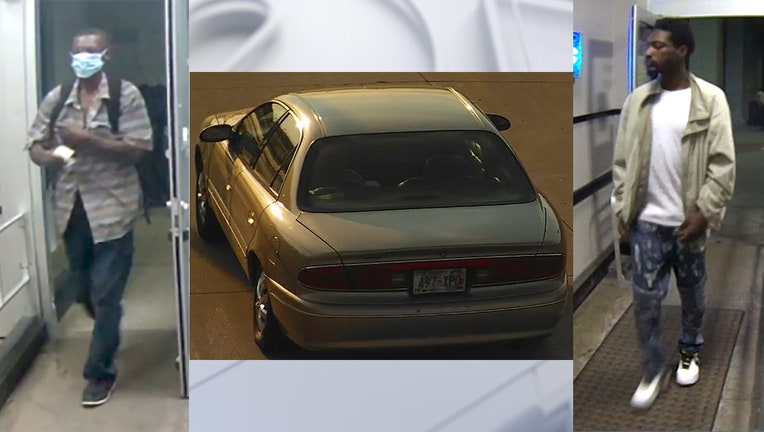 The alleged theft happened at the store near Appleton and County Line around 8:30 p.m. A suspect stole $439.99 worth of alcohol and clothing items.

Police described that suspect as a Black man, 50-60 years old. He was wearing glasses, a mask, a plaid button-up shirt, blue jeans and tennis shoes. He had a black backpack.

Police described the second man as the suspect's "accomplice," and said he was wearing a brown zip-up jacket, white undershirt, blue jeans and shoes.

The suspects got into a gold Buick with license plates 497-XPC and drove south onto Appleton Avenue where the car was later involved in a chase.