MCTS officials said MCTS CONNECT is a battery electric bus that will be used on the Bus Rapid Transit route. They said this project was a little more than five years in the making and involved collaboration across local, regional and national levels. Almost 75% of the $55 million pilot project comes from federal funding.

The first 11 of these zero-emission MCTS buses will reduce the use of fossil fuels by more than 67,000 gallons a year, officials said. Four more buses are coming by fall 2023, bringing the total fleet to 15. Eleven will maintain the East-West Bus Rapid Transit Route and the other four will be tested on other MCTS routes.

"We're trying to streamline and get people from A to B quicker in a new form of cleaner technology," said McCorkel. 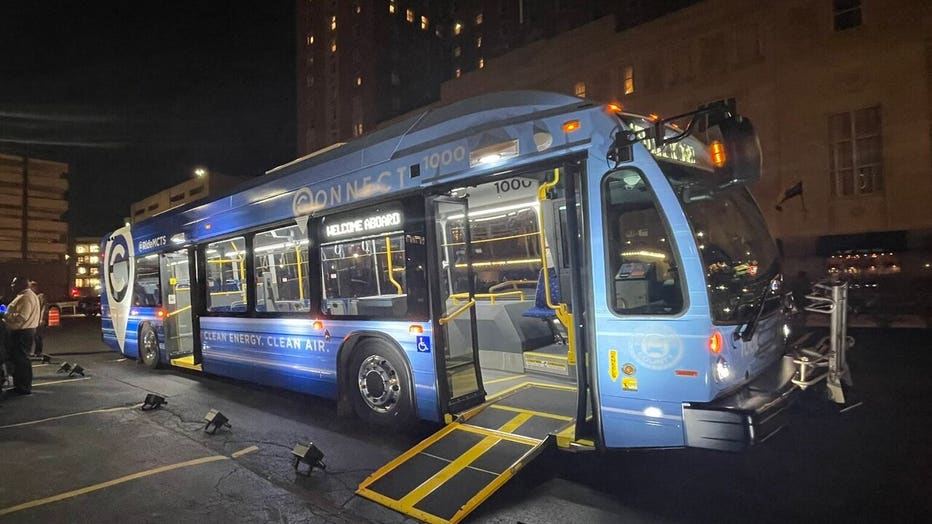 Each bus is so silent that chimes will ring as the bus nears a stop so that riders with visual impairments will know the bus is arriving. A Quantum system on each bus assists with mobility devices in a more convenient way. Wider doors and a wider aisle give passengers more space to enter and exit the bus. USB charging ports are at each seat location. 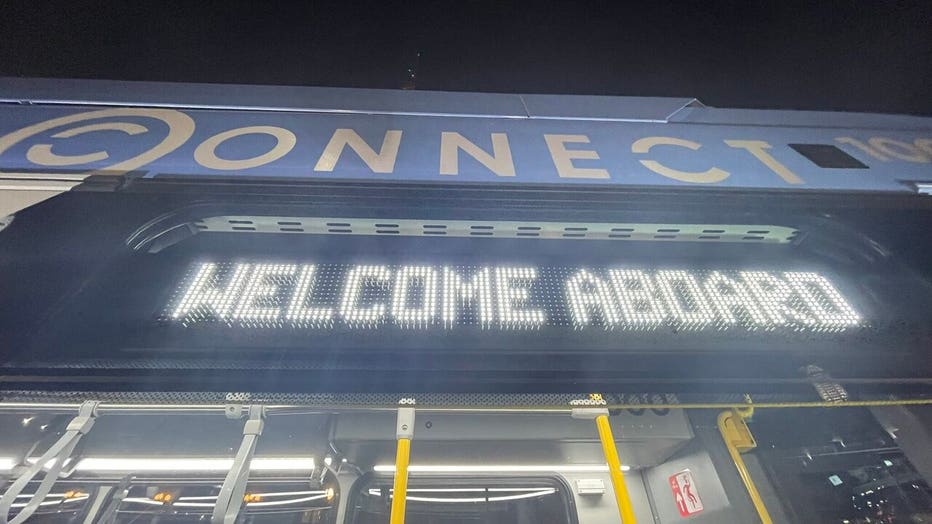 A charging arm is located at Watertown Plank Road. It lowers and connects to the rooftop of the bus to charge it in minutes, officials said. The buses can operate for up to 247 miles on a single charge. MCTS officials said a diesel heater has been engineered into each battery electric bus to extend the battery life in Wisconsin’s extreme climate.

"It's just that easy. We plug it in, it charges," said McCorkel. We go out to the 450 charger. It senses the bus is there. It automatically deploys, and it charges the bus for a 10-15 minute period, and it's quite efficient."

Service will begin in June 2023. Fares will be the same as they are across the MCTS system.

Again, the buses will operate along the East-West Bus Rapid Transit line, which MCTS officials say will average 9,500 weekday riders by 2035, fueled by employers, tourism, learning institutions and medical systems along the route.

"To see that we received federal funding for it, we were able to take that funding and move it forward into actual buses and an actual route, is very exciting," said Donna Brown-Martin, Milwaukee County Department of Transportation director. "The fact that we're using electric buses will save on air quality concerns that have been evident throughout the county for quite some time." 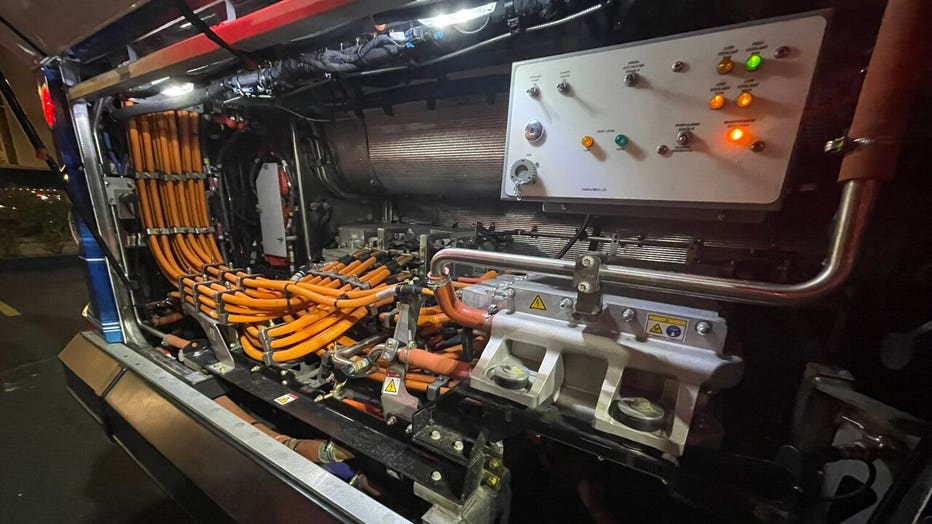 This East-West Bus Rapid Transit project is the first of its kind in Wisconsin. There are 32 stations along a 9-mile (each way) route operating primarily along Wisconsin Avenue, Bluemound Road and a portion of 92nd Street.

"We are not able to sustain the way that we've always been traveling around our county and within our region," said Brown-Martin. "We need to contribute to the positive approach of looking at a different alternative to just getting in our cars, every single person by themselves."