DODGE COUNTY, Wis. - A 34-year-old man from the Green Bay area was taken into custody Tuesday night, March 9 after a police pursuit lead to an hours-long standoff on a Dodge County highway.

According to the Fond du Lac County Sheriff's Office, around 6:30 p.m., a deputy attempted to stop a vehicle on US-151 SB near WIS-23 for speeding in excess of 90 mph in a 55 mph zone. The driver failed to stop and a high-speed pursuit ensued.

The chase continued into Fond du Lac for a short distance and then proceeded south on rural highways.

"He was swerving at squad cars, trying to run them off the road or sideswipe them," Fond du Lac County Sheriff Ryan Waldschmidt said. 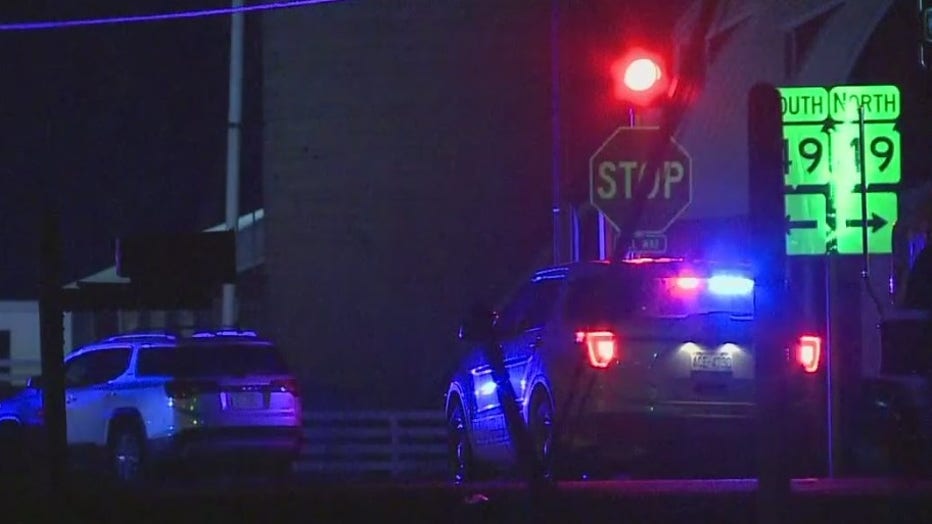 During the pursuit, the driver attempted to strike a sheriff’s squad and his "reckless driving behavior was placing other motorists at risk," according to the Fond du Lac County Sheriff's Office.  A deputy utilized a trained pursuit intervention technique (PIT) and was successful in ending the 14-mile chase when the vehicle slid into the east ditch on WIS-175 just south of WIS-49 in Dodge County.

"All of the sudden you see the car coming up and three cops behind it. I was like 'what the heck,'" said Jacob Falk of Dreher Collision Center, located near the scene.

Officials say the male driver then armed himself with a large butcher knife and a female passenger remained inside the vehicle. 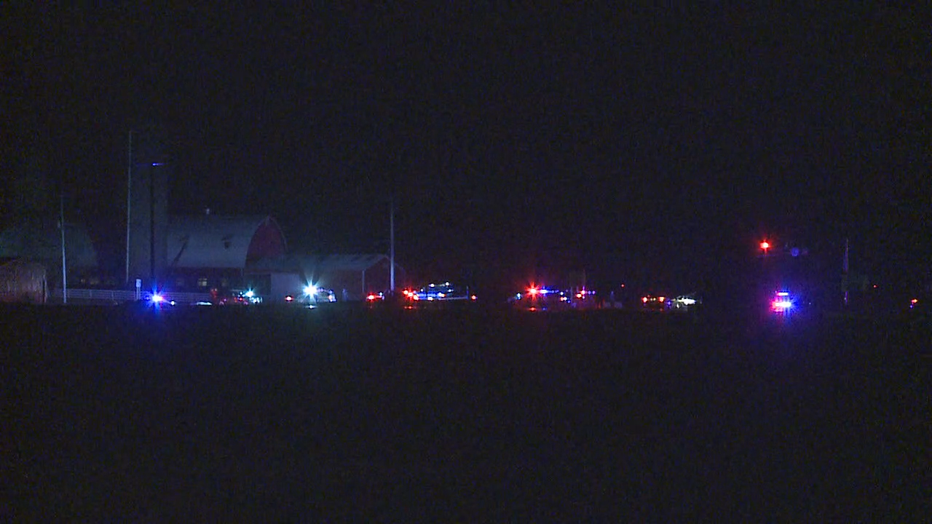 Deputies formed a perimeter, closed highways and began negotiations with the driver. A short time later, a baby was removed from a rear seat car seat and the man held the baby in front of him while still possessing the butcher knife.

Until that time, deputies were unaware a baby was inside the vehicle.

"This is one of the worst-case scenarios," said Waldschmidt. "He’s armed and now he has a baby that he’s using as a human shield. He’s holding it in front of his face and chest while still holding the butcher knife in his other hand." 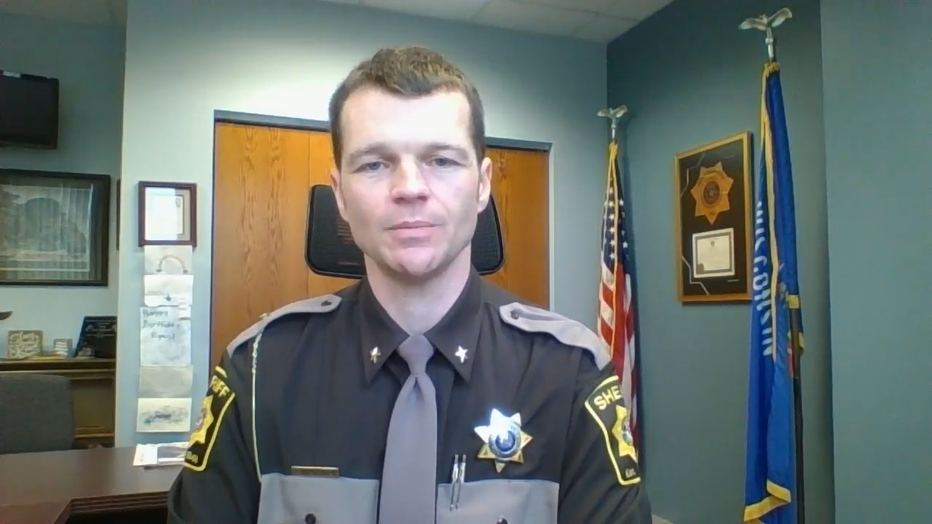 Deputies remained in contact with the driver, who failed to comply with repeated orders to free the female and her baby or step out of the vehicle himself. The Fond du Lac County Sheriff’s Office SWAT/Rescue and Negotiations Teams were deployed to the scene to attempt to safely resolve the situation.

"They were yelling at him get out of the car and all that but he wasn’t cooperating and stuff at the time," Falk said.

SWAT negotiators spent the next several hours speaking with both people inside the vehicle. At approximately 10:15 p.m., negotiators successfully convinced the man to leave the vehicle, and SWAT tactical/rescue members took him into custody without further incident.

The woman and her baby were safely escorted from the vehicle by other SWAT members.

No one involved sustained any injuries, and two squad cars sustained minor damage during the PIT and subsequent block-in maneuvers that ended the pursuit.

The 34-year-old man from the Green Bay area will be referred to the district attorney’s office for numerous charges.

The trial for an 18-year-old from Illinois accused of killing two people and wounding a third during a protest against police brutality in Wisconsin was pushed back Wednesday by seven months and could be delayed even longer.