KENOSHA, Wis. - Kenosha canceled in-person learning at five schools near the Kenosha County Courthouse. It comes as the Kyle Rittenhouse jury deliberates for a third day. 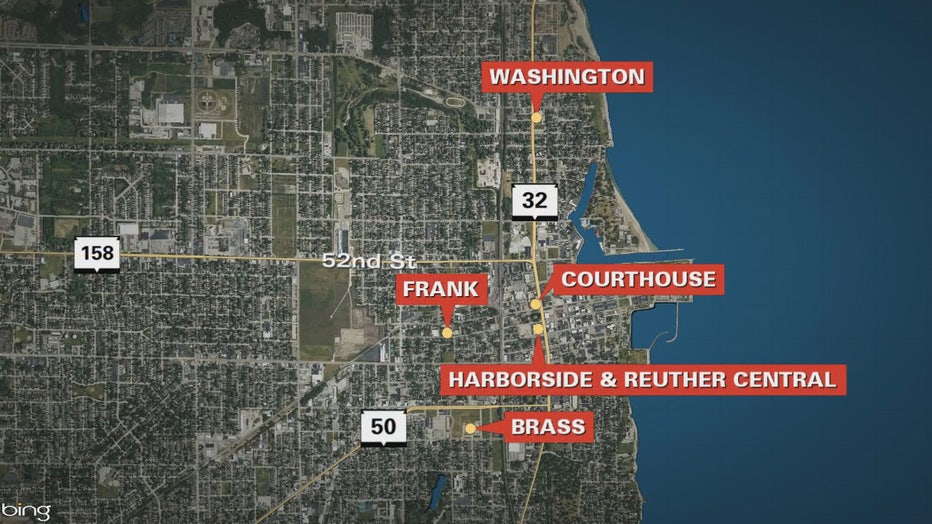 "I believe it's a bunch of BS. I think it's because of selfish people. We have a right to protest. Yes. we have a right to voice our opinions. Yes. But when it becomes a disruption to kids' schooling, then it becomes a problem. There's somebody downtown walking around with a gun that I seen on Facebook," Ohm said. "I had to file paperwork at the courthouse. I was scared to even step in the building, recently."

The Kenosha Unified School District put the five schools into virtual mode for the rest of the week. District officials say there is no "existing imminent danger," but was acting "out of an abundance of caution due to the proximity of school boundaries to the courthouse and the number of students who walk to and from school." 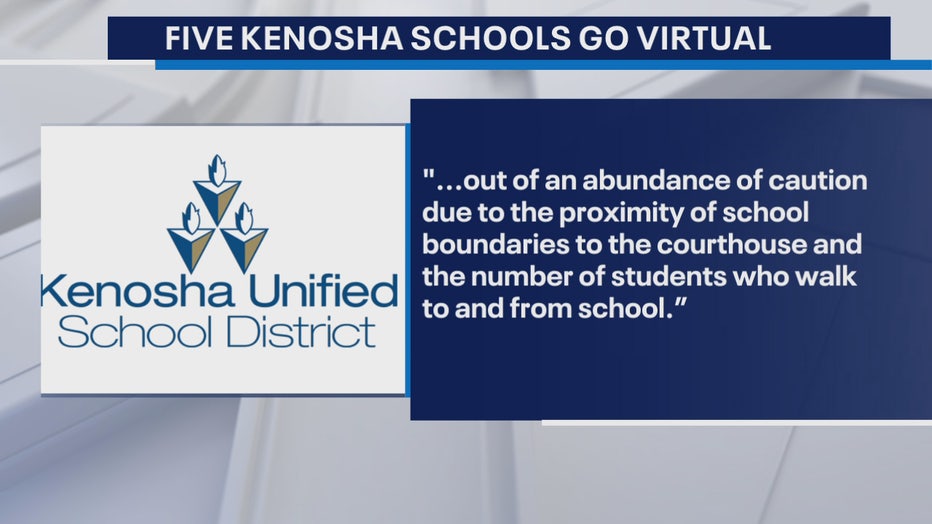 Officials said in a statement, "We feel this is the best course of action to protect our students and staff during an uncertain time."

With safety on the mind, Kenosha County Sheriff David Beth said he has not yet called in the National Guard.

"We've been preparing this for a couple of months. So this, we're, we've been working with local and state and federal officials. We have intelligence being worked on all the time and truthfully our intelligence is saying that not much is going on," Beth said.

"We feel very confident that the police department is going to be ready, if necessary to step forward," said Mayor Tom Barrett.

Sheriff Beth tells FOX6 News that the National Guard will only be brought in as a last resort. Right now, those 500 troops are on standby.

Kenosha Unified School District also said families of students at schools other than the five near the courthouse can choose to keep their kids home saying, "If you decide to call them in, they will be excused."

Kenosha police say a person that was taken into custody Wednesday evening, Nov. 17 was trying to photograph jurors in the Kyle Rittenhouse trial.