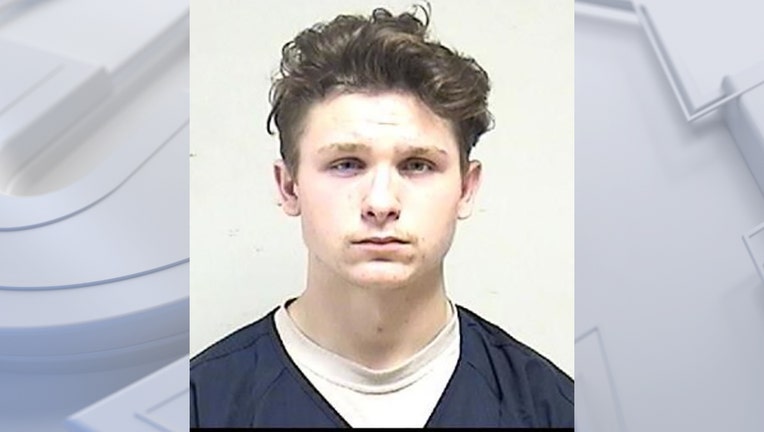 MILWAUKEE - A plea agreement has been proposed for the man charged with buying the gun for Kyle Rittenhouse that was used in the fatal shootings of two men in 2020, court documents show.

Dominick Black, 20, is charged with two counts of delivering a dangerous weapon to a minor, resulting in death. Rittenhouse was 17 at the time. The charges relate to the deaths of Anthony Huber and Joseph Rosenbaum.

Black testified as a state witness in the trial of Kyle Rittenhouse last year.

Black, a friend of Rittenhouse who similarly showed up in Kenosha with a weapon, told jurors he bought the rifle for Rittenhouse months before the shootings because Rittenhouse wasn’t old enough to own one at the time. Prosecutors say Rittenhouse gave Black money to purchase the weapon.

He testified that a gun sling Rittenhouse wore around his neck and shoulder area included a strap that anchored the gun to Rittenhouse’s body. He said that strap would have made it difficult for anyone to pry the gun away — undermining the defense claim that Rittenhouse feared losing control of his weapon.

A jury acquitted Rittenhouse of all charges last year after he pleaded self-defense in the deadly shootings. A third man, Gaige Grosskreutz, was also shot by Rittenhouse. He survived.

Black had pleaded not guilty to charges in May 2021. He could face up to 25 years in prison if convicted on both counts.

US Marshals seek Kyleef Conley: 'We consider him dangerous'

Milwaukee police said a man and a woman were shot near 68th and Fond du Lac on Saturday afternoon. Unknown suspects are wanted.