Jonathan Massey, 31, of Kenosha, was sentenced Wednesday to nearly 50 years in prison for the 2020 shooting of a police officer. Following sentencing, online court records show Jonathan Massey was "disruptive" and subsequently found to be in contempt of court. He had to be removed from the courtroom.

KENOSHA, Wis. - A Kenosha man is scheduled to be sentenced on Wednesday, Sept. 21 for the 2020 shooting of a police officer.

Jonathan Massey, 31, of Kenosha, was sentenced Wednesday, Sept. 21 to nearly 50 years in prison for the 2020 shooting of a police officer.

Massey was convicted in June on four counts: attempted first-degree intentional homicide, possession of a firearm by a felon and felony and misdemeanor bail jumping. 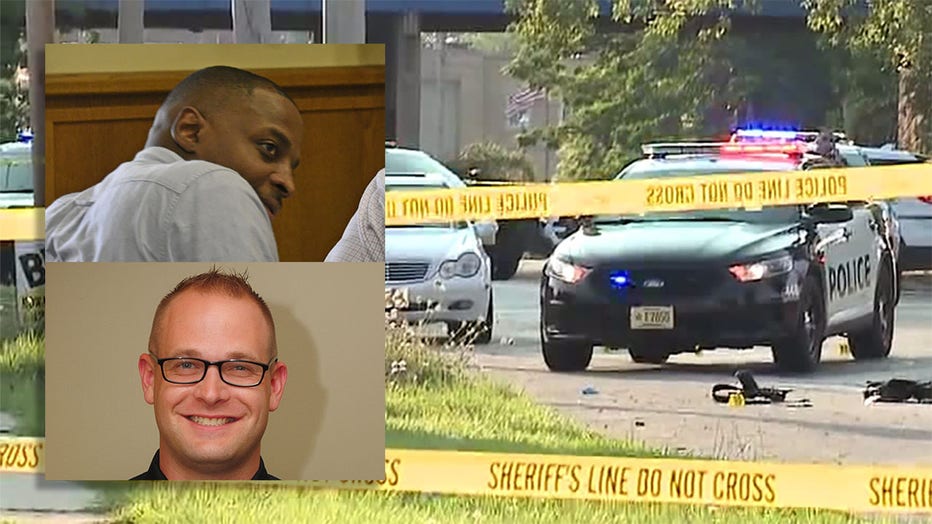 Following sentencing, online court records show Massey was "disruptive" and subsequently found to be in contempt of court. He had to be removed from the courtroom.

The incidents that led up to the shooting began when officers responded to a call for an illegal entry to a vehicle. The caller reported that two males with hoodies broke into his vehicle near 46th and Sheridan and were running westbound the morning of Aug. 8, 2020.

Shortly after, Office Justin Pruett informed dispatch that he was with one of the males near 13th Avenue and 50th Street. In the dashcam video, the officer can be seen exiting his squad car and approaching a man in a gray hoodie, later identified as Massey.

The officer spoke with Massey for several seconds before Massey moved from the street back to the sidewalk. At that point, the officer deployed his Taser toward Massey.

The video showed Massey moving quickly away from the street, followed by the sounds of two gunshots. After the gunshots, the officer could be seen retreating toward the street.

Eight gunshots were then heard in the video. The evidence suggested that the eight shots were the officer returning fire. Massey fled the scene.

The Kenosha police officer was taken to a hospital after sustaining a gunshot wound to the abdomen.