International observers from the Organization of American States say they saw no instances of fraud or voting irregularities in the U.S. presidential election.

The delegation included 28 experts and observers from 13 countries who observed the election process in in Georgia, Iowa, Maryland, Michigan and the District of Columbia. COVID-19 prevented a broader coalition of experts.

The OAS says the Election Day was peaceful, although there were efforts to intimate poll workers as the votes were counted, and says the country’s mail-in ballots were a secure system. 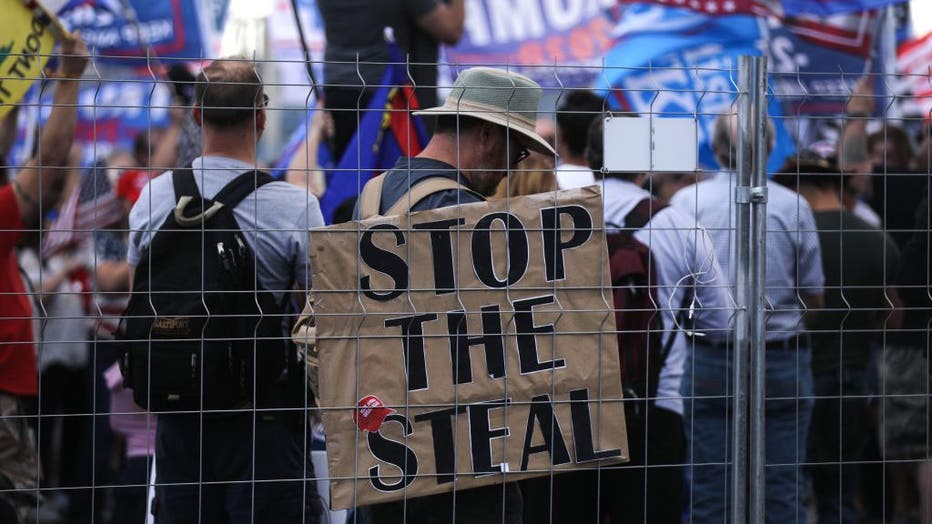 Supporters of President Donald Trump demonstrate at a ‘Stop the Steal’ rally in front of the Maricopa County Elections Department office on Nov. 7, 2020, in Phoenix, Arizona. (Photo by Mario Tama/Getty Images)

The report says the OAS supports “the right of all contesting parties in an election, to seek redress before the competent legal authorities when they believe they have been wronged.”

“It is critical however, that candidates act responsibly by presenting and arguing legitimate claims before the courts, not unsubstantiated or harmful speculation in the public media,” the OAS says.