A 48-year-old Greenfield man is accused of fatally stabbing his wife in their residence earlier this month. The accused is Braeden Ward – and he faces a single charge of first-degree intentional homicide.

GREENFIELD, Wis. - A 48-year-old Greenfield man is accused of fatally stabbing his wife in their residence earlier this month. The accused is Braeden Ward – and he faces a single charge of first-degree intentional homicide. Court records say Ward claimed he was helping his wife – because she suffered from chronic pain – and asked him to help end her life.

According to the criminal complaint, Greenfield dispatch received a call on May 18 from a person who expressed concern about the victim, Jamie Ward. The person stated the defendant, Braeden Ward, "had called her and stated that he had cut his wife's, victim Jamie Ward's, throat approximately ten days ago," the complaint says -- and that her body was still at a residence on Maple Leaf Circle. 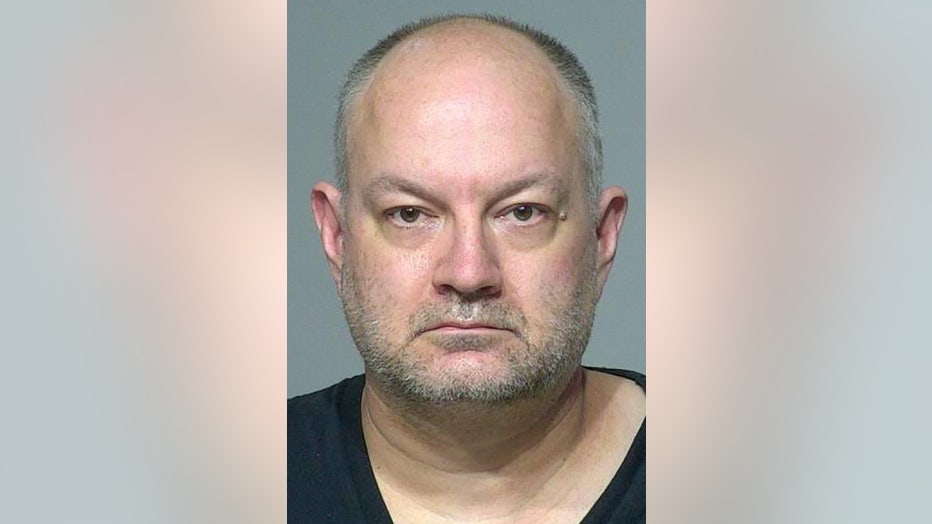 Officers were dispatched to the residence -- and attempted to make contact with a landline associated with the residence. However, nobody picked up. They also knocked on doors without any response.

Police then attempted to reach out to Braeden Ward by phone. The complaint says he "stated that he was not home and was driving around, but was willing to talk to officers over the phone." Officers told Ward that family members were worried about both Braeden Ward and Jamie Ward, but the defendant was not willing to meet in person. He told officers "he had helped the victim end her life." Ward told officers "the victim had suffered from chronic pain for twenty years and that he could not help her," the complaint says. Ward told officers when Jamie went into the shower, he then "stabbed her in the neck and she died approximately four minutes later," the complaint says. The defendant stated that he killed the victim on May 4. Court records say Ward told police he set up fans and washed his wife's decomposing body after it began to smell.

Ward was arrested after he indicated he was in his vehicle near a motel in Franklin. He stated "he was armed with a handgun," the complaint says. But Ward was taken into custody without incident.

In an interview with investigators, Ward stated his wife had suffered chronic pain for years. He said "on May 3, 2022, the victim again asked the defendant to end her life," the complaint says. Ward told authorities he "agreed to assist the victim in ending her life."

Ward made his initial appearance in Milwaukee County court on Saturday, May 21. Cash bond was set at $1 million.

Ward is due back in court for a preliminary hearing on Tuesday, May 31.

Jamie Ward's family did not want to comment on this ongoing case.