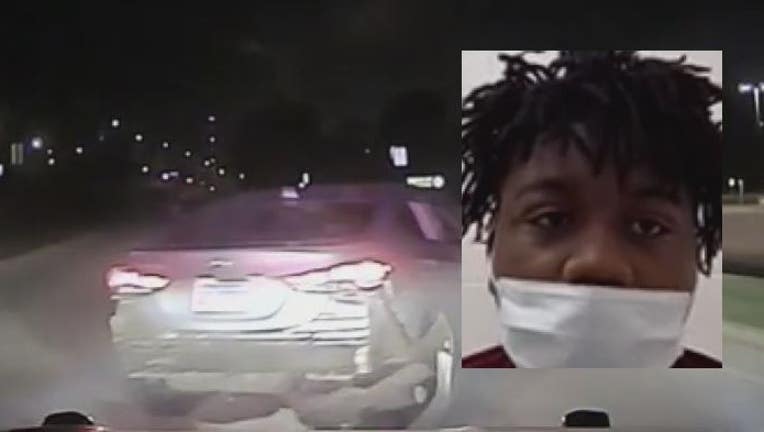 GLENDALE, Wis. - A Milwaukee County judge sentenced Nasir Askerneese on Tuesday, Dec. 6 to one year probation just after Askerneese pleaded guilty to a misdemeanor charge of fleeing an officer.

Online court records show the court initially sentenced Askerneese on Tuesday to 90 days in the House of Correction, but then stayed that sentenced – instead placing Askerneese on probation.

Court documents say Glendale police first tried to pull over the driver on Saturday, June 25 because the stolen car's alarm was still ringing.

"Speeds of 65, still going northbound on Santa Monica," said police in the body camera video. "He’s on the wrong way of traffic."

Early that Saturday morning, the driver of a stolen Hyundai led officers on a chase through Glendale. The officer's first attempt to stop the car didn't work. The driver kept going through the Nicolet High School parking lot with the back bumper dragging behind.

A few minutes later, a second try worked, but both the driver and passenger then took off.

The driver ran into the woods before being caught and placed in handcuffs.