The Chicago Police Union continues to wage war with Mayor Lori Lightfoot over the city's COVID-19 vaccine mandate for all city employees. The union argues the mayor pushed the mandate through without city council approval and say it's another example of a city mayor overstepping their boundaries.

WASHINGTON - Amid the ongoing COVID-19 pandemic, data from the Federal Bureau of Investigation shows nearly four times as many law enforcement officers have died as a result of contracting the coronavirus in the line of duty than from guns in the first nine months of 2021.

According to the FBI’s data, there were 279 line-of-duty deaths within the first nine months of 2021, with 169 of those deaths from COVID-19 alone. Gunfire claimed the lives of 43 officers through September, according to the FBI.

The numbers were provided by the FBI and showed a graphic representation of the data regarding line-of-duty deaths, both felonious and accidental, collected from law enforcement agencies across the United States and U.S. territories by the FBI’s Law Enforcement Officers Killed and Assaulted Program. 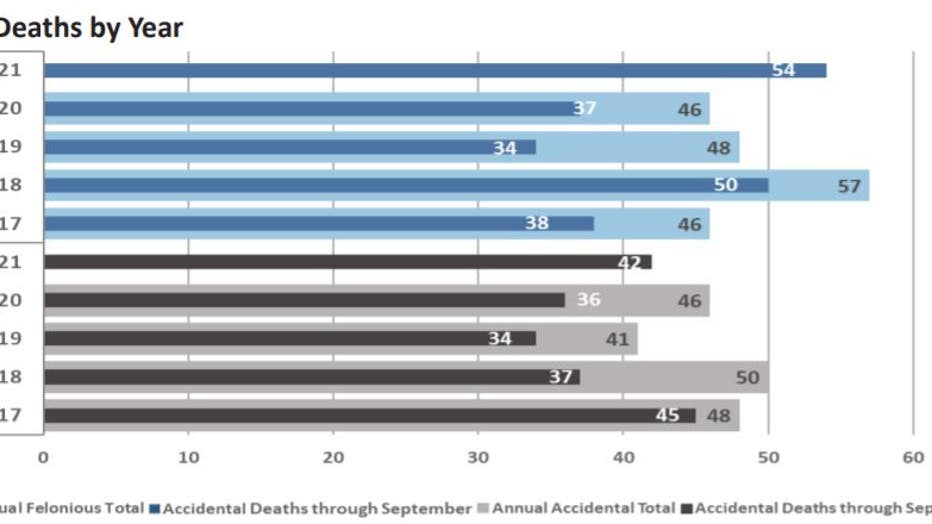 Data regarding line-of-duty deaths, both felonious and accidental. Medical-related deaths are not included in graphic. (Credit: FBI)

This preliminary information is published annually in the Law Enforcement Officers Killed and Assaulted publication.

Although not represented in the graphic, the FBI wrote, "183 officers have died from the following medical conditions: 169 law enforcement officers died in the line of duty from illnesses related to COVID-19, 12 officers died due to heart attacks, 1 officer died due to other natural causes, and 1 officer died from conditions associated with responding to the terrorist attacks of 9/11."

While the data by the FBI represents COVID-19 as the leading cause of death among police officers between January and September of 2021, members of law enforcement were among the first to be eligible to receive the vaccine. Yet many police officers across the nation still refuse to get vaccinated. 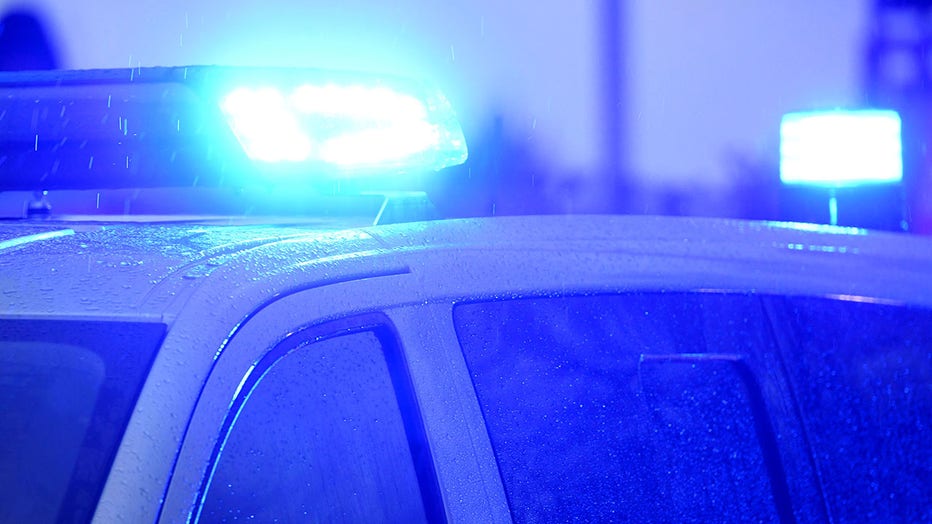 Recently, the Chicago police union threatened to file a temporary restraining order to stop the city’s COVID-19 vaccination mandate for city employees. More than 100 city workers are suing the city and state claiming the vaccination mandates they've been ordered to follow are unconstitutional.

RELATED: 'We will not comply': Chicago police union leads protest against vaccine mandate

During a protest earlier this week, a mother of a Chicago police officer carried a poster with her son’s picture and said he turned in his badge rather than getting the shot. "It’s so unfair. My son did a wonderful job all these years and for them to do this to him, it’s uncalled for," said Donna Felmon.

Last month, the Los Angeles Times reported that 2,600 Los Angeles Police Department employees said they intended to seek religious exemptions and 350 planned to seek medical exemptions to the mandate that all city employees get vaccinated.

Chicago Fraternal Order of Police President John Catanzara airs grievances over the city's vaccine mandate and talks about how the Friday deadline could drastically reduce the amount of officers around Chicago.

Earlier this month, LA County Sherriff Alex Villanueva announced he would refuse to enforce Los Angeles County's vaccine mandate — an order that went into effect Oct. 1 requiring all county employees to get vaccinated against COVID-19 or tested regularly — or lose their jobs.

With the Los Angeles County Sheriff's Department, which has almost 10,000 sworn deputies, about 50% of them are still unvaccinated, according to FOX 11 Los Angeles.

In the meantime, the deadline has come and passed for the vaccination for some 100,000 county employees to get vaccinated. Nothing has happened to those who haven’t gotten their shot other than a letter.

On Monday, Knox County Sheriff Tom Spangler echoed a similar tone, writing a letter to President Joe Biden saying he will not comply with the President’s executive order that all businesses with 100 or more employees have to require the COVID-19 vaccine as a condition of employment or have unvaccinated employees take COVID-19 tests weekly.

The Knoxville, Tennessee sheriff said if he is required to enforce the mandate he could lose a "large majority" of his workforce, putting "the lives of Knox County citizens at risk."

"It is my hope that more community leaders stand against this unconstitutional mandate," Spangler continued in his letter to the president.

The standoffs are playing out at a time when police departments nationwide have been experiencing staffing shortages unrelated to the vaccine.

Cities and police leaders are now weighing the risk of losing more officers to resignations, firings or suspensions over their refusal to get vaccinated.

Meanwhile, the number of Americans getting vaccinated has steadily increased over the past three months as boosters have become available and more mandates have taken effect.

No national statistics show the vaccination rate for America’s first responders, but individual police and fire departments across the country have reported figures far below the national rate of 77% for adults who have had at least one dose.