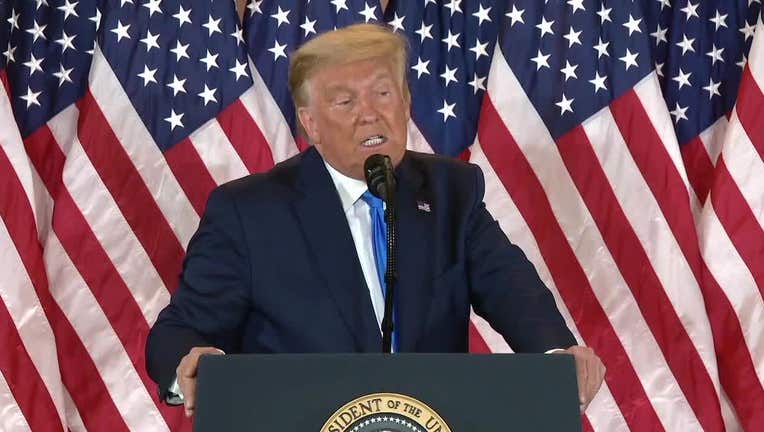 MADISON, Wis. - Two Wisconsin Democratic electors and a voter on Tuesday sued Republicans who attempted to cast electoral ballots for Donald Trump in 2020 despite Joe Biden's victory in the battleground state.

Their lawsuit filed in Dane County Circuit Court alleges a conspiracy by Trump and his allies to overturn his loss in the presidential race, calling it "as legally baseless as it was repugnant to democracy." It seeks up to $2.4 million in damages as well as disqualifying the Republicans from ever serving as electors again.

The plaintiffs say it's the first such lawsuit in the seven swing states where GOP electors falsely declared Trump the winner and cast their votes for him in December 2020.

"It’s essential to have accountability and to make sure this doesn’t happen again," said Jeffrey Mandell, an attorney for the plaintiffs. "We have heard in the more than a year since the fraudulent electors met the excuse that what they did was not wrong, it was totally fine. We want a court to make clear that is not true."

Republican electors named in the lawsuit who have spoken publicly about what they did have long argued that they weren’t trying to change the Wisconsin result. Instead, they said, they were trying to preserve all their legal options in case a court ruled in favor of Trump. 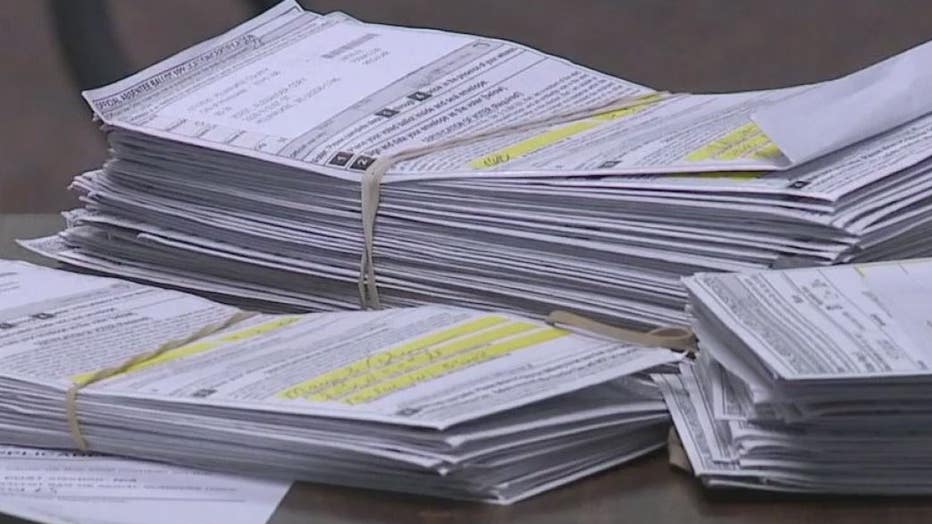 A Trump campaign official, Stephen Miller, said on Fox News in December 2020 that the GOP slate of electors sent their results to Congress to "ensure that all of our legal remedies remain open."

The lawsuit names 10 Republican electors and two attorneys who the lawsuit said aided their efforts. The attorneys are Boston-area lawyer Kenneth Chesebro and Jim Troupis, who was Trump’s attorney in Wisconsin. The lawsuit cites a memo Chesebro sent to Troupis in November 2020 detailing the elector plan.

In that memo, Chesebro wrote that "It may seem odd that the electors pledged to Trump and (Vice President Mike) Pence might meet and cast their votes" but a fair reading of federal law "suggests that this is a reasonable course of action."

Chesebro, when reached by phone and told of the lawsuit, said "Thank you for letting me know. I will check into that." He then hung up. Troupis did not immediately return a phone message seeking comment.

Kelly Ruh, one of the 10 electors, said she was not aware of the lawsuit and had no immediate comment. Other defendants contacted did not immediately return messages seeking comment.

The bipartisan Wisconsin Elections Commission, working from an analysis by the state's Department of Justice that generally accepted that argument, earlier concluded that the Republicans did not break any election laws. But the U.S. House committee investigating the Jan. 6 Capitol insurrection is also looking into the actions of GOP electors, and has sent subpoenas to at least 20 people who were part of the Republican effort in Arizona, Georgia, Michigan, New Mexico, Nevada, Pennsylvania and Wisconsin.

The U.S. Department of Justice also is investigating.

Biden defeated Trump in Wisconsin by just under 21,000 votes. That outcome has withstood recounts Trump ordered in the state’s two largest counties, multiple state and federal lawsuits, an independent audit and a review by a conservative law firm. An investigation by The Associated Press of potential voter fraud cases in the battleground states where Trump challenged the results found far too few to affect the outcome of the race.

The lawsuit asks that the Republican electors and the attorneys be fined $2,000 each and pay up to $200,000 each in punitive damages. The lawsuit calls for punitive damages to go to plaintiffs. Mel Barnes, an attorney for Law Forward, said the goal is deterrence, not profit.

"No one joined this lawsuit for the personal gain," she said.

Electors in the seven states signed certificates falsely stating that Trump, not Biden, had won their states. They mailed those certificates to the National Archives and Congress, where they were ignored. However, several of Trump’s Republican allies in the House and Senate used them to justify delaying or blocking the certification of the election during the joint session of Congress.

On two of the certificates, from New Mexico and Pennsylvania, the Republican electors added a caveat saying the certificate was submitted in case they were later recognized as duly elected, qualified electors. That would only have been possible if Trump had won any of the several dozen legal challenges he filed in the weeks after the election. Instead, he lost them all.

Wisconsin Republicans gathered on Dec. 14, 2020, in the state Capitol in Madison. The state’s 10 Democratic electors, which included lawsuit plaintiffs Khary Penebaker and Mary Arnold, were meeting in the building at the same time. The third plaintiff, Bonnie Joseph, is identified simply as a voter "who objects to Defendants' unlawful interference" in the Electoral College.

The lawsuit argues the Republicans made unlawful use of public resources when they met at the Capitol.

The Democratic electors who brought the lawsuit are represented by the liberal Law Forward law firm and the Institute for Constitutional Advocacy and Protection at the Georgetown University Law Center. It was Law Forward that earlier brought the complaint that was rejected by the state elections commission.

The groups said they had no immediate plans to file similar lawsuits in the other swing states.