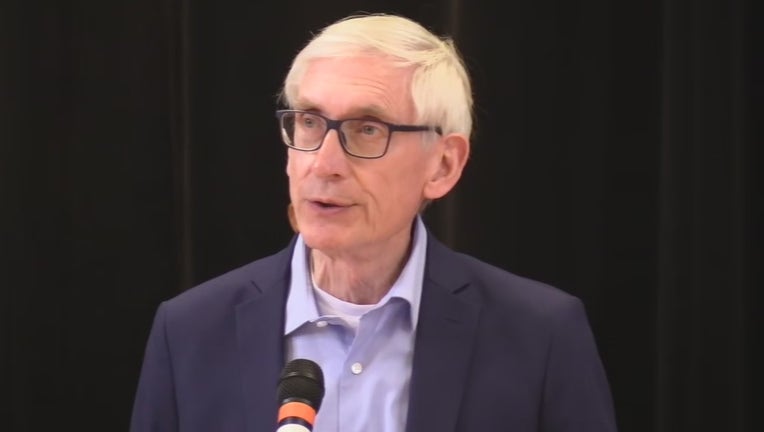 MADISON, Wis. - Gov. Tony Evers on Tuesday, July 12 reported raising more than $10 million over the first six months of this year as the Democrat prepares to face a tough reelection bid in the battleground state in November.

The campaign for Wisconsin governor is shaping up to be the most expensive in state history. Outside groups are pouring millions into the race and Republicans vying to win the Aug. 9 primary are also spending furiously. The top Republican candidates, construction company co-owner Tim Michels and former Lt. Gov. Rebecca Kleefisch, have until Friday to report their fundraising totals.

Evers has raised more than $20 million since 2021 and had $7.6 million cash on hand, his campaign said. He raised more than twice what former Republican Gov. Scott Walker did in the first six months of 2018.

But Democratic incumbents like Evers face a tough road this fall, with polls showing high Republican enthusiasm and history showing that the same party as the president in midterm elections often fares poorly. Republicans are attacking Evers over inflation, high gas prices and crime. Evers and other Democrats hope the the U.S. Supreme Court's recent overturning of the Roe v. Wade decision, which led to an 1849 state law banning abortion to take effect, will motivate their side to vote.

"Whether it’s helping small businesses, protecting access to abortion, fixing thousands of miles of roads and bridges, or investing in our public schools, Governor Evers is leading with respect, compassion, and fairness," Fenili said.

Both Michels and Kleefisch, who polls show are leading the Republican field, were campaigning in northern Wisconsin this week. Michels, a millionaire who has won the backing of former President Donald Trump, has been spending millions on television ads to introduce himself to voters. He last ran for office in 2004. Kleefisch last week issued her first attack ad against Michels and followed it up this week with a spot featuring Walker going after Michels over gas prices.

Kleefisch and Michels, along with a third candidate state Rep. Timothy Ramthun, were slated to debate for the first time July 24.

The fundraising reports due Friday will be the first for Michels and Ramthun, both of whom got into the race this year. Kleefisch entered in September and raised more than $3.3 million over four months.

"We’ve known that Tony Evers and his DC buddies will stop at nothing to cling to power," Walker said. "Tim Michels is the only candidate who has the leadership experience, organization, agenda, and resources necessary to beat him, and he will."

The Wisconsin Democracy Campaign, which tracks campaign spending, reported this month that outside groups had spent or planned to spend nearly $25 million in the race so far. The spending was nearly evenly divided between Democratic and Republican groups.

That spending is expected to skyrocket after the primary.

Leaders of the Wisconsin Democratic and Republican parties said at a WisPolitics.com event last month that they expected total spending on the governor's race and others this year in the state, including a hotly contested U.S. Senate race, to exceed $700 million.