4 members of Gov. Evers’ Cabinet make $1 less than he does

By law, Cabinet members can make $1 less than the governor per year. For some, that meant taking a pay cut to join the administration.

MILWAUKEE - Gov. Tony Evers pays several of his Cabinet secretaries the maximum allowed by law -- a dollar short of his own pay.

FOX6 News looks at the records to show what you're paying Wisconsin's top officials.

"It is a little alarming that some of them do make that much," said State Sen. Dan Feyen (R-Fond du Lac). 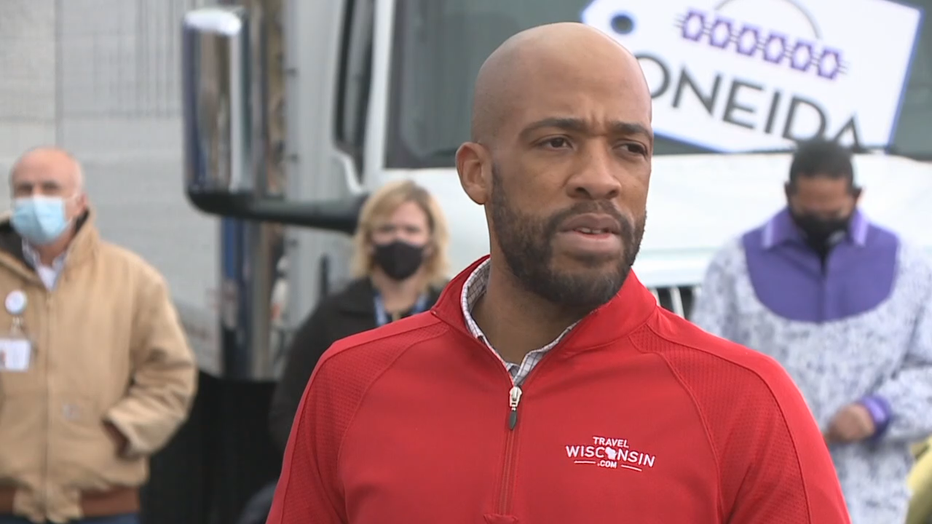 "There are a lot of concerns from taxpayers that these are people making a lot more money than they would have under Gov. Scott Walker, for example, and you have all kinds of questions about how they have led their respective agencies," said Matt Kittle with Empower Wisconsin. 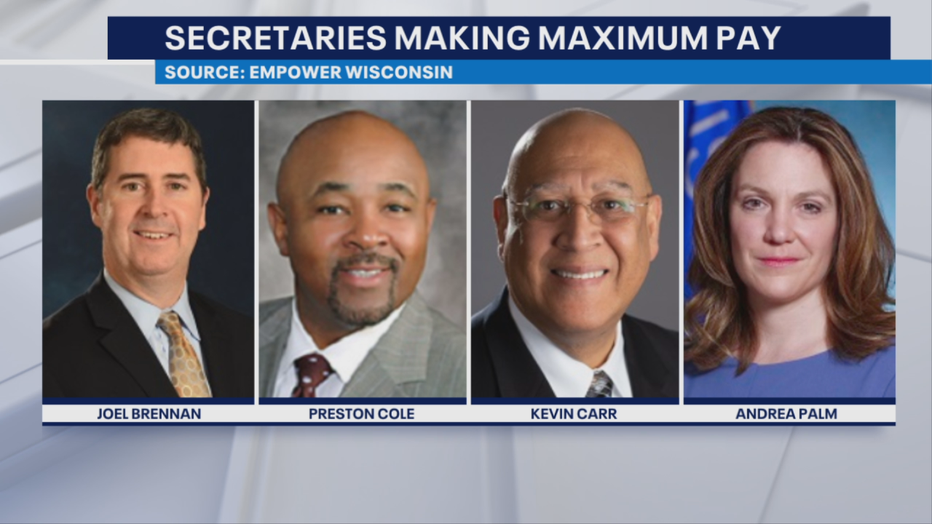 Some took a pay cut to join the governor's Cabinet.

Brennan used to lead Discovery World, where 2018 tax documents show he made more than $223,000 a year. That amounts to a roughly $70,000 pay cut to work for Gov. Evers' administration.

Compare the Cabinet salaries to some leaders' salaries in the non-profit sector, like the Ronald McDonald House Charities Eastern Wisconsin. Their 2019 tax records show the CEO was paid $159,000. 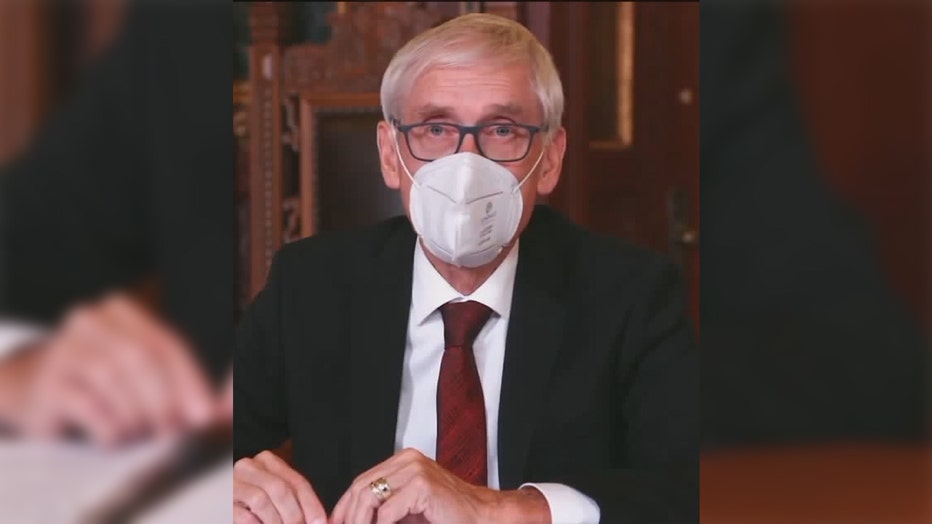 The governor's spokeswoman, Britt Cudaback, tells FOX6: "Gov. Evers values and respects public service and our administration has dedicated, talented professionals leading our state agencies who bring vast experience and expertise to serving the people of our state."

Democrats point out that the Republican-controlled state Senate has stalled on confirming the governor's Cabinet, with seven members unconfirmed. Palm would be eight, which is why she was DHS secretary-designee for two years and not secretary.

"The bottom-line question: Are they worth what they’re making? And that’s up to the taxpayers," Kittle said.

And the question is up to the governor those taxpayers elected; he is limited, however, to the statutory limit: their pay must be below his.

Evers told reporters during a conference call Friday that Republicans were trying to throw out one of the only tools he has left to mitigate COVID-19′s spread.

The Wisconsin Assembly and Senate immediately adjourned a special session on unemployment -- with lawmakers questioning the price tag on Governor Tony Evers's plan.