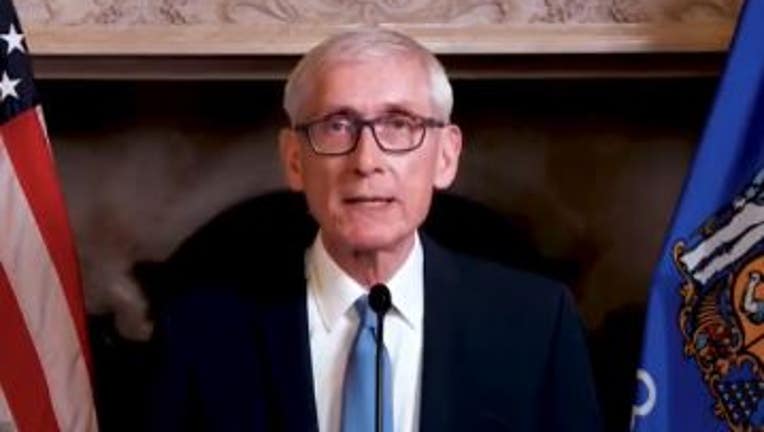 MADISON, Wis. - State Senate Republicans confirmed four of Democratic Gov. Tony Evers' Cabinet appointments Tuesday after letting them languish for months but took no action on a key pick that would give the governor control of wildlife and pollution policies.

The Senate voted overwhelmingly to confirm Craig Thompson and Randy Romanski as transportation and agriculture secretaries; Missy Hughes as secretary of the Wisconsin Economic Development Corp.; and Dawn Crim as secretary of the Department of Safety and Professional Services.

The Senate also confirmed about 30 other appointments to various boards, commissions and committees, including Daniel Carlton Jr. as administrator of the Wisconsin Ethics Commission and Joaquin Altoro as executive director of the Wisconsin Housing and Economic Development Authority.

"I know they’ve been real busy," Evers said of the Senate when asked at a news conference about the pending confirmation votes. "But we have some extraordinary leaders waiting to be approved, lots of people already serving on some committees and advising us around various issues that are really important. It’s about time."

Not on Tuesday's docket was Sandra Naas, Evers' choice to replace Natural Resources Board Chairman Fred Prehn. His term expired in May, prompting Evers to appoint Naas to fill his slot. The move would give Evers appointees majority control of the body that regulates hunting, pollution and other environmental policies.

But Prehn, who was appointed by then-Republican Gov. Scott Walker, has refused to step down. He points to a 1964 state Supreme Court ruling that gubernatorial appointees don't have to leave their posts until their replacements are confirmed.

Prehn was forced to cancel the board’s September meeting after Department of Natural Resources officials said they had no items to discuss. Prehn accused the department of not wanting to work with him. Democratic Attorney General Josh Kaul filed a lawsuit seeking a court order forcing Prehn off the board but a Dane County judge rejected it, citing the Supreme Court precedent.

"This can happen in a rational way. Somehow it became irrational," Evers said of replacing Prehn. "I’m hopeful that we solve it soon. Either he leaves the board or we get the Senate to approve Sandy Naas to be the next person on the board. It just slows down the process and makes us look like idiots as a state and there’s no reason for us to look like idiots. We have good people who want to do the work."

The battle over Naas' confirmation illustrates how confirmation votes, once pro forma exercises in the Senate, have morphed into another partisan battlefield since Evers defeated Walker in 2018.

Republican leaders have delayed votes on some of Evers' top appointees for months, allowing them to serve but leaving them vulnerable to removal. The Senate voted against confirming Brad Pfaff as agriculture secretary in 2019, angering Evers so much he decried the move as "political B.S." and "amoral and stupid." Pfaff went on to win a Senate seat as a Democrat in the 2020 elections.

Republicans have been wary of Thompson, saying they’re concerned he worked as a lobbyist on transportation issues and advocated for raising taxes to build roads. They’ve also expressed reservations about Crim, who was charged with child abuse in 2005 after she jabbed her 5-year-old son’s hand with a pen. The case was ultimately dismissed after Crim successfully completed the terms of a deferred prosecution.

The Senate approved all the appointees aside from Thompson and Crim unanimously. Thompson was confirmed on a 27-4 vote, with Republicans Julian Bradley, Chris Kapenga, Steve Nass and Duey Stroebel voting against him. Crim was confirmed on a 29-2 vote with Bradley and Nass in opposition. There was no debate over any appointee.

"I would just hope to have a fully functioning government here we would move forward with the other appointments as quickly as possible," he said.

Republicans did not respond.

The Assembly debated and then voted on a bill to crack down on certain teachings in schools, including that one race or sex is superior.