Wagner said officers heard bullets whizzing past them Friday. He said the increase in shootings means more investigations, and the police department simply needs more staff to handle it all.

"The police department does do extra staffing on those nights. You can only cancel so many off days for officers and move around so many shifts without, before you get burnout," he said. "We’re starting to see that right now in our ranks, and really we just need more help to flood the area with officers."

Three people were killed and 25 were wounded – including 17 in one incident alone – in shootings across the city Friday. In video from one shooting scene, an officer can be heard trying to control crowd, saying: "Do you think this is funny? A man is laying here shot. Is it funny to you?"

"It’s sickening to me that there’s that many victims being created in the city in one day of gun violence," said Wagner. "Then just thinking about all the work the officers and detectives and investigators have to do on those, to try to bring those criminals to justice…we’re in the need of dire help that we need more, because until we can get more help in, and with the increased crime numbers, the workload is unimaginable right now for our police officers." 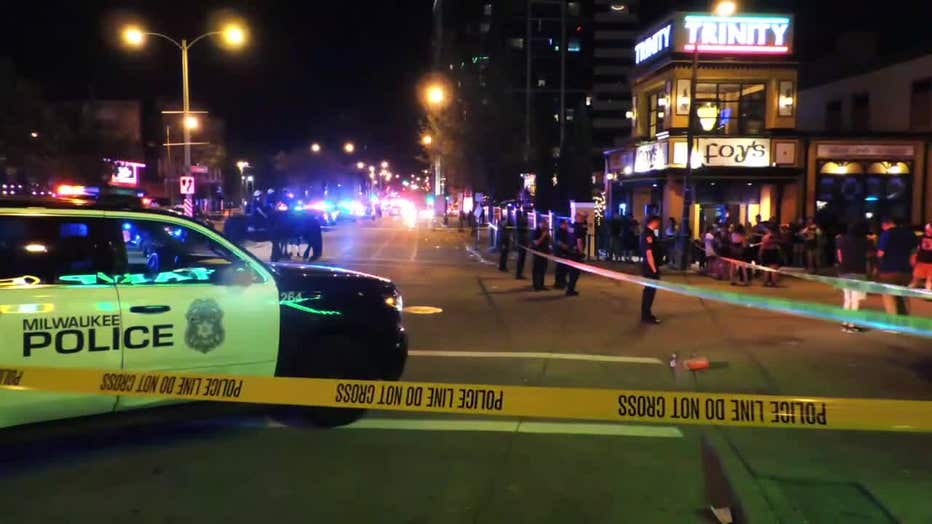 Wagner said he also wants to see tougher enforcement of the laws on the books, as well as bail reform.

FOX6 News reached out to the mayor's office about the issue. A spokesperson said the mayor is hopefully that additional revenue from the state could help "maintain public safety strength."

Nearly two dozen people were shot in a roughly two-hour span Friday night – 17 of them in one of three downtown Milwaukee incidents. Eleven people have now been arrested in connection to two of those three shootings that followed the Milwaukee Bucks' playoff game.

"There was just open carrying of firearms with utter disregard for life," Assistant Police Chief Nicole Waldner said. "A gunfight broke out among two groups of people. What makes people think that they can just have a shootout on a public street?"

Milwaukee Mayor Cavalier Johnson issued a limited emergency order Saturday for the city's entertainment district, setting a curfew for those under the age of 21. The curfew applies to anyone in that age group near the Deer District and the Water Street bar district starting at 11 p.m. Saturday and Sunday.

The mayor said there will be more police in place – including officers from other department – to enforce the curfew. A spokesperson for the mayor's office said the National Guard could be deployed by the governor in "extreme circumstances."

Police said they know there are more people responsible for what unfolded, and community organizers and violence prevention groups demand that there be a shift – that a night like Friday cannot happen ever gain.