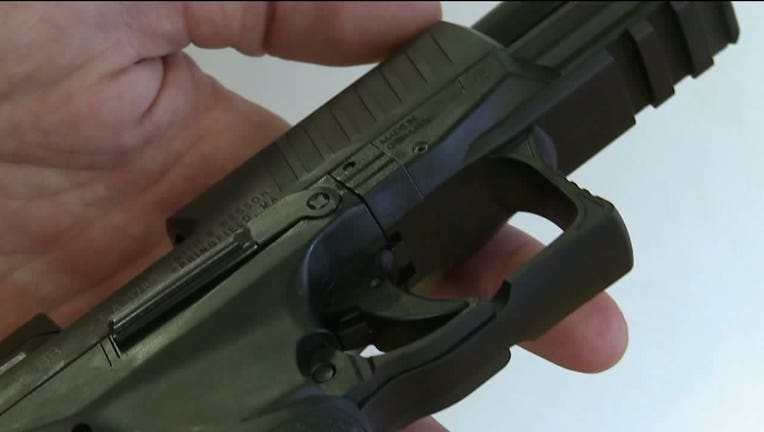 MADISON, Wis. - The Wisconsin Senate sent Gov. Tony Evers a pair of bills on Tuesday that would make it easier to carry concealed firearms in Wisconsin, including in vehicles on school property.

Evers, a Democrat up for reelection in November, is expected to veto the Republican bills that the Assembly passed last month.

One proposal would allow people with concealed carry licenses to have a weapon in their vehicle on school property. Republican proponents argue that gun owners who forget their weapons in their cars shouldn't risk being charged with a felony if they drive onto school grounds to drop off or pick up their children.

"I cant understand why anyone would want to carry a gun on school grounds," said bill opponent State Sen. LaTonya Johnson (D-Milwaukee.)

The Senate passed it 20-11, with all Republicans in support and Democrats against.

Another bill would allow anyone with a concealed carry license from any state to go armed in Wisconsin. Currently, only people with licenses from states that conduct background checks on applicants can carry concealed guns in Wisconsin.

It passed on a voice vote without debate.

The Republican-controlled Assembly passed the bills last month and approval in the GOP-controlled Senate on Tuesday now sends them to Evers. His spokeswoman did not immediately return a message seeking comment.

The National Rifle Association has registered in support of the bills. Opponents include the cities of Madison and groups representing school boards, administrators and survivors of domestic abuse.

Mother accused in daughter's death; officials say asphyxia was cause

A 46-year-old Milwaukee woman faces a charge of first-degree reckless homicide in the death of her 10-year-old daughter.

Court documents show Madison police are investigating last month's death of a 9-month-old child as a possible case of neglect.