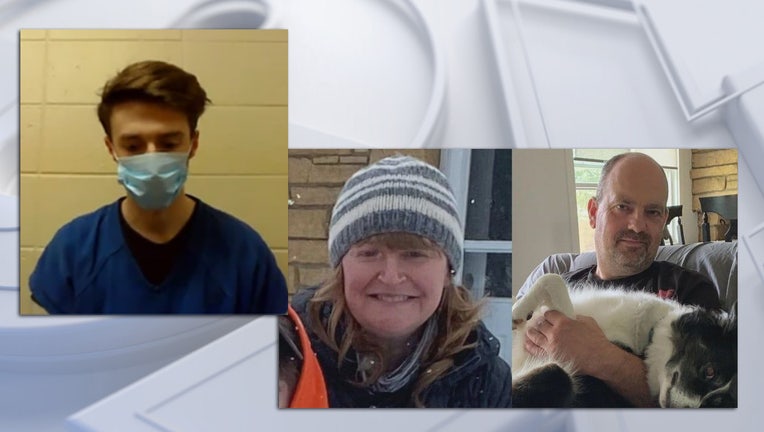 MADISON, Wis. - Attorneys for man convicted of killing and dismembering his parents have asked a judge to allow their client to skip his own sentencing hearing in Dane County.

Chandler Halderson is to be sentencing Thursday for killing of his parents, 50-year-old Bart Halderson and 53-year-old Krista Halderson. He doesn't want to be present in court when a judge hands down his sentence.

The prosecution objects in a letter to Judge John Hyland requesting that the motion be denied. Deputy District Attorney William Brown says Halderson doesn't want to face what he has done, WISC-TV reports.

"The defendant has no right to simply skip court hearings that might be uncomfortable or to avoid finally being held responsible for his behavior," Brown wrote.

Halderson would also have the opportunity to speak at his sentencing hearing — something he hasn’t done to this point. The judge has not yet ruled on the motion.

Investigators said Halderson killed his parents after his father discovered he had been lying about attending Madison Area Technical College. It was one in a web of lies he told about work, school and being on a police scuba dive team, according to prosecutors.

Opening statements are set to begin Tuesday, March 15 in the trial of Zachariah Anderson, in connection with his disappearance and death of Rosario Gutierrez, Jr. nearly two years ago.