Police said three people are dead – including the suspect – after a shooting at an apartment complex Saturday morning, Feb. 5.

BROWN DEER, Wis. - Police said three people are dead – including the suspect – after a shooting at an apartment complex Saturday morning, Feb. 5.

Brown Deer Police Chief Peter Nimmer identified the suspect as a 26-year-old man who lived at the apartment complex. The suspect died of an apparent self-inflicted gunshot wound.

A 31-year-old man and 23-year-old woman were shot and killed during the incident, according to police. A 36-year-old man was also shot in the leg and injured; he is expected to survive.

On Sunday, family identified the 23-year-old woman as Arieuna Reed.

Upon arrival, Nimmer said, the suspect fired shots toward officers from a second-story balcony. While a squad car was hit, no officers or K-9s were struck or injured. No law enforcement officers from any responding agency returned fire. 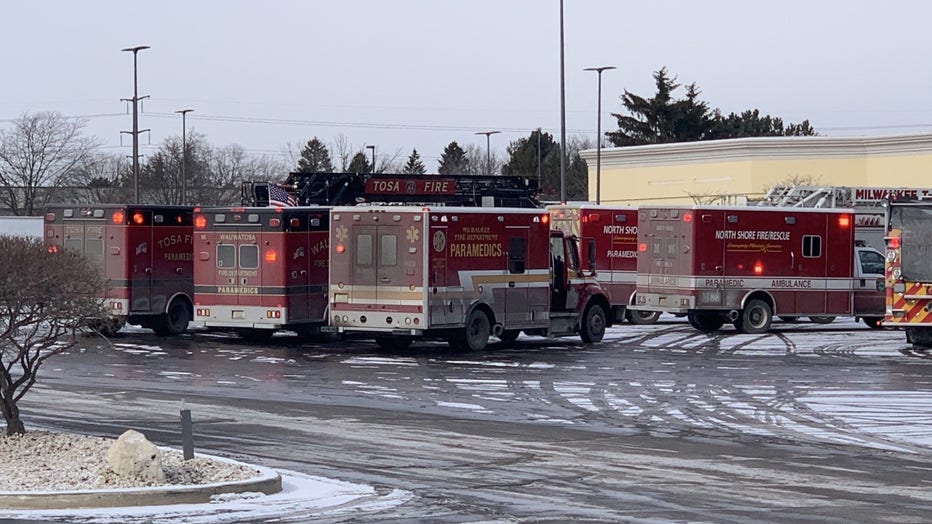 At around 11:30 a.m., an armored tactical vehicle pulled onto the lawn to the east of the apartment complex – a column of officers in tactical gear walked out of view.

Officers set up a perimeter, and tactical teams entered the roughly 60-unit apartment complex and cleared the scene, the chief said. Residents were asked to shelter in place. 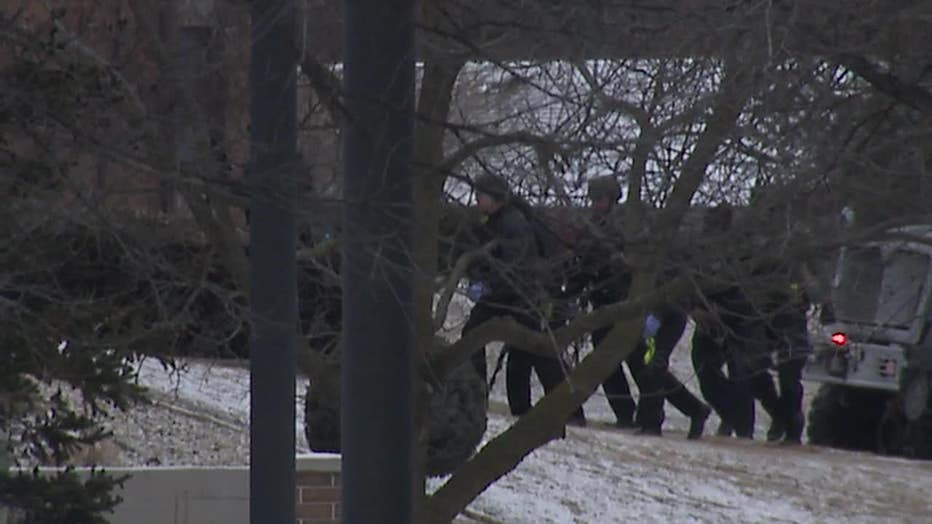 Police said officers entered an apartment and found the suspect had shot himself.

"Our officers believed they heard one more round soon after they were shot upon," Nimmer said. "We believe that was the round that was the self-inflicted gunshot wound to the suspect."

The incident began as a domestic dispute, police said; at least two of the five people involved knew one another. Some of the victims may have been good Samaritans.

"The best we can tell is people were trying to help out," said Nimmer.

Brown Deer Police Chief Peter Nimmer on Saturday afternoon provided an updated regarding a fatal shooting at an apartment complex that morning.

During the response, an officer in tactical gear carried a child out and handed the child off to another officer who ran the child to a waiting ambulance. Police said there was a child inside the apartment with the suspect at the time, but the child was not injured and is now with family.

Across the street, Milwaukee County Transit System buses arrived to serve as warming shelters for those outside.

There is no ongoing threat, and no other suspects sought. The apartment complex has since been deemed safe and secure.

The investigation, conducted by the Milwaukee Area Investigative Team and led by the Wauwatosa Police Department, is ongoing. The Wisconsin Department of Justice's Division of Criminal Investigation and crime lab are also assisting.

Nimmer said, while no officers fired shots, the additional agencies were brought in to assist in the investigation due to its scope.

A handful of other agencies, including the FBI, assisted the scene.

A shooting at a Brown Deer apartment complex left three dead – including the suspect – Saturday morning. A resident described the scene to FOX6 News.

A Milwaukee man is charged with nine total counts related to series of January armed robberies and shootings stemming from four incidents.

Wisconsin's Most Wanted: Myan White sought by US Marshals