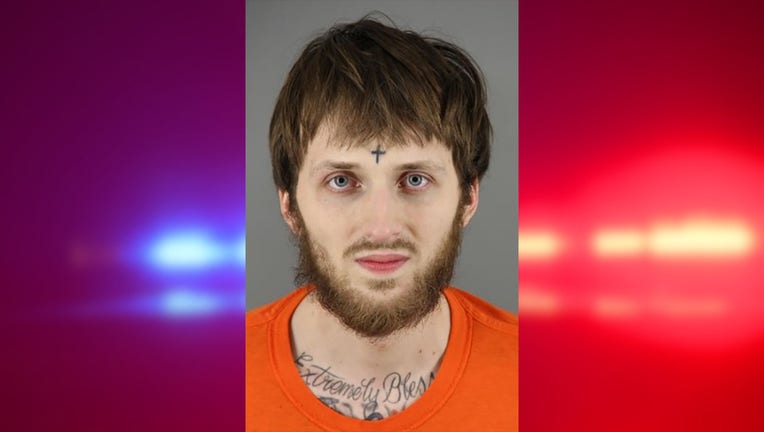 BROOKFIELD, Wis. - A Wauwatosa man is charged with first-degree reckless homicide in connection to a man's 2021 death.

Police were called to a home near Bluemound and Brookfield roads in the town of Brookfield on July 24, 2021. There, a man reportedly did not have a pulse and was not breathing. The victim was pronounced dead after unsuccessful life-saving measures, and an autopsy found the cause of death was fentanyl intoxication.

According to a criminal complaint, the woman who called 911 to report the incident appeared to be under the influence of something when police arrived. She said she and the victim had "smoked some weed" and that the victim had left for about an hour but that she did not know where he went.

Investigators searched the residence and found marijuana and a blue tourniquet. Officers noted that the bathroom trash can had no liner or contents in it, and the toilet seat was up. Prescription pill bottles in the woman's name were found in a backpack.

The woman later told police, per the complaint, that the victim had been seeking Percocet for tooth pain. She later admitted that she did not call 911 right away because it "took time" to hide any evidence of drug use, and that she called a friend first. She then admitted that she did know where the victim went; she was with him and gave him money to buy "Percocet 30s" – which they both used.

The woman told police that she knew the house where they bought the pills from because she had previously been there with the victim to buy Xanax.

Police reviewed the victim's phone and found a Lyft transaction that listed the Milwaukee address where the pills were purchased. It also showed text exchanges with someone known as "Big C." The phone number for "Big C" was linked to Hogan, the complaint states. On Feb. 1, Milwaukee police executed a search warrant at the address, and Hogan was arrested.

In custody, the complaint states, Hogan told police that he knew of people who sold fentanyl-laced Percocet. He waived his Miranda rights and admitted that he knew the victim, that he occasionally stays at the Milwaukee address in question and that the phone number investigators used was his.

Hogan denied memory of the transaction, but later said he remembered the victim talking about tooth pain and said "I'm sure he asked for painkillers."

If convicted of first-degree reckless homicide, Hogan faces up to 40 years in prison. He is also charged with one count of felony bail jumping; court documents state he was out on bond for a methamphetamine possession case at the time of the death.

A Milwaukee man was out on bail for a domestic violence charge when he allegedly killed the victim. The case is an example as bail reform debate continues.