WASHINGTON - President-elect Joe Biden’s inaugural committee has asked the public to stay home on Inauguration Day, according to a Twitter thread posted by the committee on Tuesday.

In light of the ongoing COVID-19 pandemic, the committee has asked anyone wishing to partake in the inaugural traditions and celebrations to do so in the safety of their own homes.

Despite this week's rollout of the new vaccine, its availability to the general public is still months away. So Biden's team is urging supporters not to come to Washington, D.C., to celebrate the inauguration.

Biden and Vice President-elect Kamala Harris aim to take their oaths of office outside the U.S. Capitol building as inauguration planners seek to craft an event that captures the traditional grandeur of the historic ceremony while complying with COVID-19 protocols.

Biden’s inaugural committee has promised the ceremony will showcase “a reimagined parade, and virtual celebrations that bring the country together.”

The Joint Congressional Committee on Inaugural Ceremonies (JCCIC) also released attendance guidelines on Wednesday regarding the Jan. 20, 2021 ceremony, saying that it is working with Biden’s committee on “enhanced opportunities to watch the ceremonies online, in addition to the traditional televised national broadcast.”

“The JCCIC, in consultation with diversified public health and medical experts and the Presidential Inaugural Committee, has determined that this global pandemic and the rise in COVID-19 cases warranted a difficult decision to limit attendance at the 59th Inaugural Ceremonies to a live audience that resembles a State of the Union,” JCCIC Chairman Roy Blunt said in a news release. 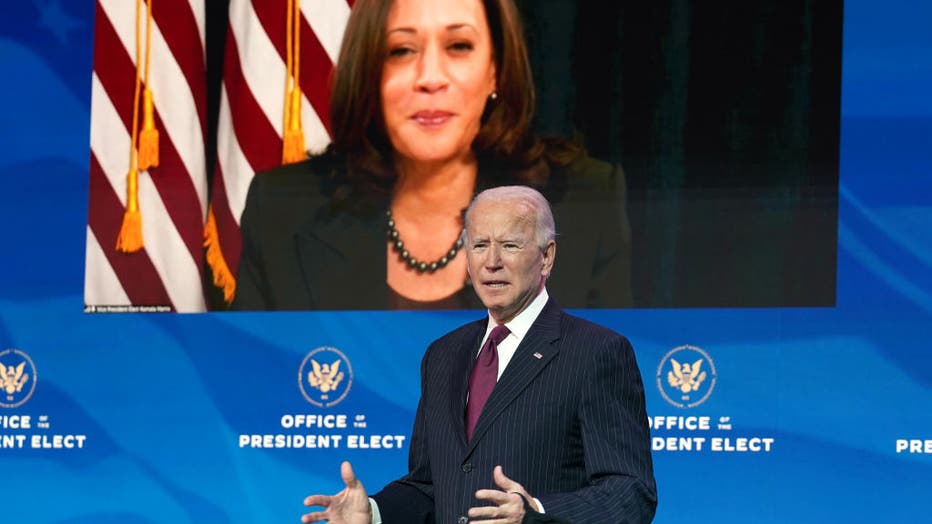 As coronavirus cases continue to surge throughout the country, the incoming administration is practicing extreme caution ahead of the inaugural ceremony.

Biden’s committee announced that Dr. David Kessler, a former Food and Drug Administration commissioner, had been named as chief medical adviser for the inauguration.

“The pandemic is continuing to have a significant public health impact across the nation," Kessler said. "We are asking Americans to participate in inaugural events from home to protect themselves, their families, friends, and communities.”

Biden’s campaign went all-virtual in mid-March, clearing out its Philadelphia headquarters and sending staff back to their families in Washington, New York and beyond. His transition team plotted out his path to power entirely online.

The closest Biden’s team has come to experimenting with in-person work was election night, when a small selection of masked and socially distanced aides in Wilmington, Delaware, monitored returns in hotel conference rooms, a far cry from running a White House 24/7.

Even now, the most prominent use of the 100,000-plus square feet of office space reserved for the transition is for Harris to receive the highly classified President’s Daily Brief.

As it seeks to retain some of the traditional touchstones of the event and imagine new pandemic-era aspects, the committee is turning to the same production team that handled this year's Democratic National Convention. Features of that convention, such as the virtual roll call from every state, may be incorporated.

“I think you’re going to see something that’s closer to what the convention was like than a typical inauguration,” Biden said last week.