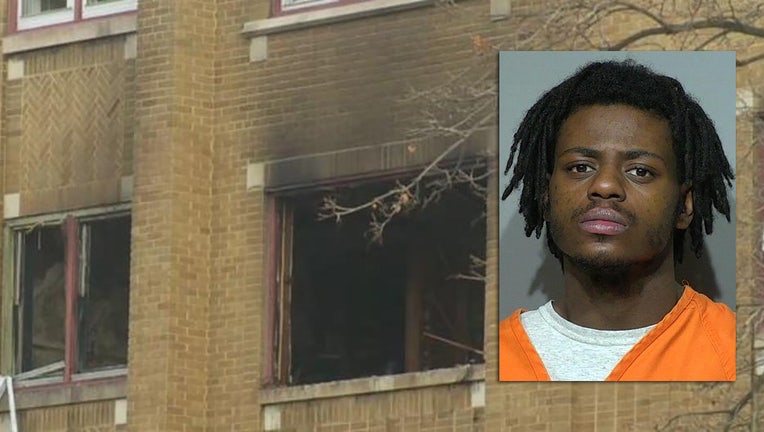 MILWAUKEE - 19-year-old Avonta Brown of Milwaukee pleaded not guilty to a charge of arson on Wednesday, Jan. 5 – related to a fire set at an apartment building near 31st and Wisconsin Avenue on Sunday, Dec. 26.

In Brown's preliminary hearing, the defense attorney argued for the charge to be dismissed – it was denied by the court. The judge then found probable cause and bound Brown over for trial.

The complaint against Brown says a resident of the building told police prior to the fire, the occupant of one apartment on the third floor "had been behaving strangely by throwing items out of the window." This person also saw the occupant "attempting to light cardboard packaging on fire with a small disposable lighter." The residents told police he heard smoke alarms going off, smelled smoke, and then called 911 to report the fire.

The complaint indicates the fire at the apartment building "caused approximately 139 tenants from 59 units in the building to be displaced." Brown was identified as the occupant of apartment 305. A fire official noted in the complaint that "fire had been deliberately set inside said apartment." This was confirmed by arson investigators from the Milwaukee Police Department.

When questioned by police, Brown stated "he started the fire because he did not feel comfortable in the apartment because of a demonic presence," the complaint says. Police say during their interview with Brown, he "presented as distracted and incoherent at times."

Brown is due back in court for a hearing on Feb. 25.