A 19-year-old Milwaukee man is charged with arson related to a fire set at an apartment building near 31st and Wisconsin Avenue on Sunday, Dec. 26.

MILWAUKEE - A 19-year-old Milwaukee man is charged with arson related to a fire set at an apartment building near 31st and Wisconsin Avenue on Sunday, Dec. 26. The accused is Avonta Brown.

According to the criminal complaint, police were dispatched to the Franklin Arms Apartments on Sunday.

The complaint says a resident of the building told police prior to the fire, the occupant of one apartment on the third floor "had been behaving strangely by throwing items out of the window." This person also saw the occupant "attempting to light cardboard packaging on fire with a small disposable lighter." The residents told police he heard smoke alarms going off, smelled smoke, and then called 911 to report the fire. 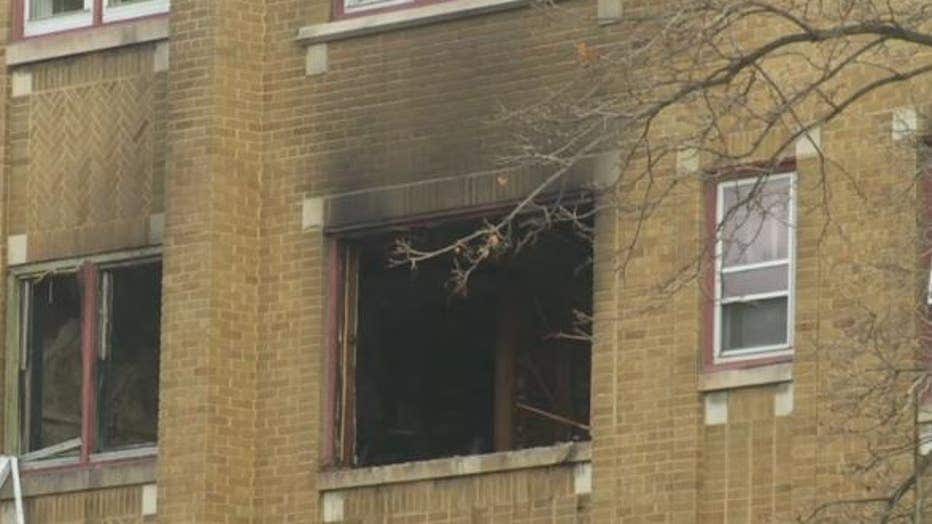 The complaint indicates the fire at the apartment building "caused approximately 139 tenants from 59 units in the building to be displaced." Brown was identified as the occupant of apartment 305. A fire official noted in the complaint that "fire had been deliberately set inside said apartment." This was confirmed by arson investigators from the Milwaukee Police Department.

When questioned by police, Brown stated "he started the fire because he did not feel comfortable in the apartment because of a demonic presence," the complaint says. Police say during their interview with Brown, he "presented as distracted and incoherent at times."

Brown was expected to make his initial appearance in Milwaukee County court on Wednesday, Dec. 29.

The temporary memorial for victims of the November Waukesha Christmas Parade attack has been decommissioned from its place at Veterans Park.

Police in Eau Claire arrested a man who allegedly got stuck in a bush with a bag of cocaine on Christmas morning.

Semi versus car crashes shut down I-94 near Eau Claire

The Wisconsin State Patrol says a pair of semi versus car crashes shut down eastbound I-94 about four miles southeast of Eau Claire on Wednesday morning, Dec. 29.