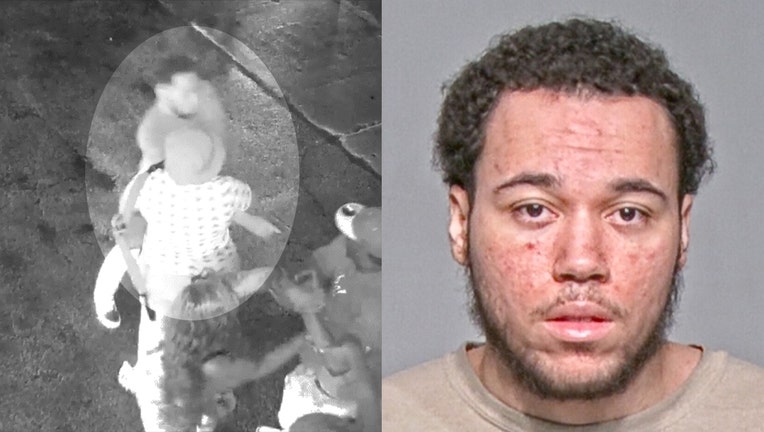 MILWAUKEE - Christopher Hadaway, 31, of Milwaukee is charged with first-degree reckless homicide for a June 3 shooting.

Police were called to the scene near 76th and Hampton around 10:45 p.m. that night. When they arrived, they found the victim outside with an apparent gunshot wound to his chest.

Fire department personnel arrived and attempted life-saving measures, but were unsuccessful. The victim was pronounced dead at the scene.

An autopsy found gunshot wounds to the victim's chest and abdomen. The manner of death was ruled a homicide by the Milwaukee County Medical Examiner's Office.

According to a criminal complaint, surveillance footage showed the shooter – since identified as Hadaway – at the same bar as the victim. For the most part, the complaint states, there is no contact between Hadaway and the victim.

Later, Hadaway leaves and there appears to be "some friction" between he and the victim – but nothing physical. The complaint states Hadaway is seen on footage getting something out of his glovebox and tucking what appeared to be a gun into his waistband.

Hadaway then went back to the bar, and is seen on footage being pushed away by a group of women. The victim appears on the footage, unarmed. The complaint states Hadaway then pulled the gun and pointed it directly at the victim's chest from "a little more than a foot away."

After the shooting, the complaint states, Hadaway got in his car and drove off.

Hadaway is also charged with possession of a firearm by a felon.

An arrest warrant for Hadaway was issued on June 11.