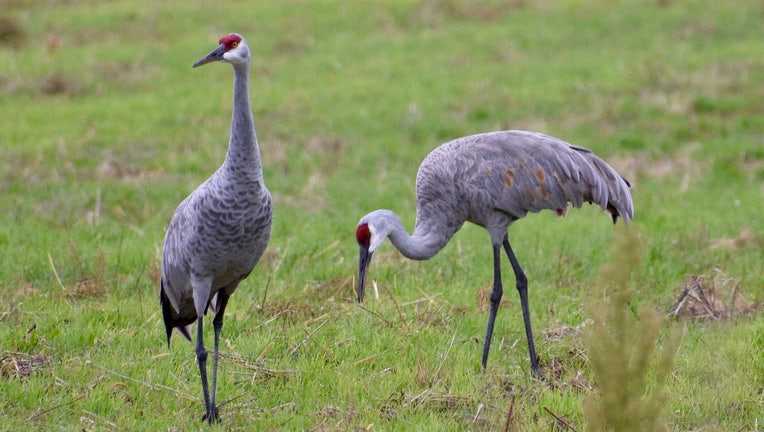 MILWAUKEE - In fall, Wisconsin gains all kinds of northern visitors avoiding harsher winters in Canada, but it's also a time when our summer birds head south.

One summer staple of the Wisconsin landscape recently has been heading south in the thousands. The sandhill crane, one of our largest and definitely loudest birds, has been on the wing the last few weeks and will continue to head south to their wintering grounds in Texas, Florida and other gulf states.

Recent sightings in the Baraboo area – by yours truly – had "countless numbers in the thousands" resting in farm fields as they continue their steady migration south taking advantage of northern winds.

Odds are you'll hear this species of bird before you see them. Their loud calls can be heard from long distances, and you might not be able to find the source of their calls simply because of how high in the air they can fly. The crane family has a special ability to fly at incredible altitudes in the atmosphere to take advantage of upper-level winds and thermals produced during the day. 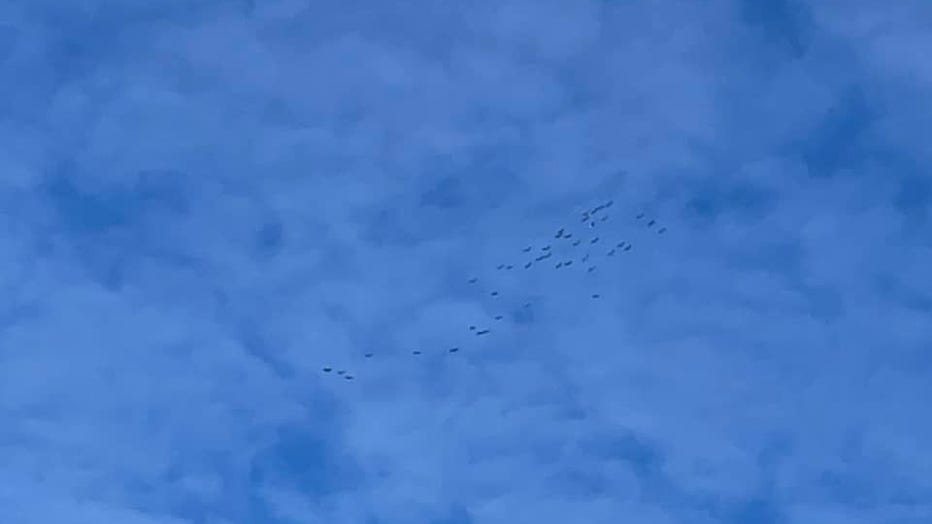 Flock of sandhill cranes flying thousands of feet in the air

If you live near wetlands or farm fields don't worry these visitors will return as an early indicator of spring's arrival. Not only does it mark a new season but this species marks one of the greatest restoration stories in the country. According to the Wisconsin DNR less than 15 breeding pairs existed in the state back in the 1930s but now they number in the hundreds of thousands. 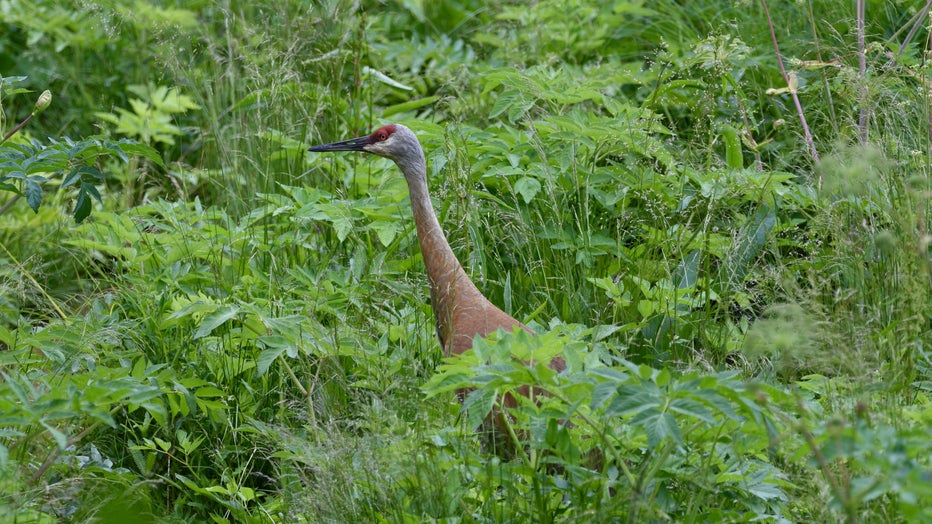 Whooping cranes are still federally endangered and to the untrained eye can be confused with sandhill cranes; the species are close relatives. Thanks to work from the International Crane Foundation and other Wisconsin DNR initiatives, we are seeing a slow but steady recovery in the state. However, the eastern population still sits at around 80 individuals. Some fear that if sandhills are allowed to be hunted again in Wisconsin, whooping cranes will be unintended casualties. In southern states, where hunting sandhill cranes is legal, this is a yearly occurrence. In 2021, four whooping cranes were shot illegally in Oklahoma alone.