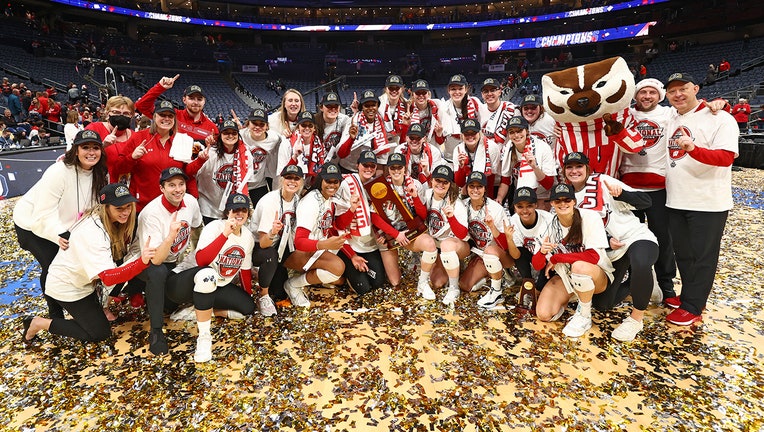 Wisconsin Badgers celebrate after defeating the Nebraska Cornhuskers during the Division I Women's Volleyball Championship on Dec. 18, 2021. (Photo by Jamie Schwaberow/NCAA Photos via Getty Images)

MADISON, Wis. - University of Wisconsin police are investigating how private photos and video of members of the school’s national champion women’s volleyball team were circulated publicly without their consent.

Wisconsin’s athletic department issued a statement Wednesday saying players contacted campus police after they became aware the photos had been made public. The statement didn’t indicate when or where the photos or video were taken.

The statement indicated police are "investigating multiple crimes, including sharing sensitive photos without consent." Wisconsin said "the unauthorized sharing is a significant and wrongful invasion of the student-athletes’ privacy, including potential violations of university policies and criminal statutes."

"Our top priority is supporting our student-athletes, and we are providing them with the appropriate services and resources," Wisconsin’s athletic department said.